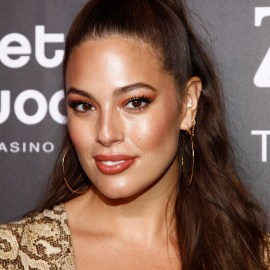 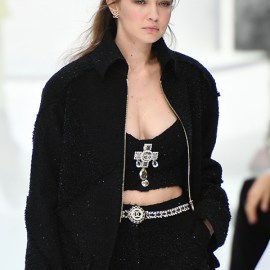 Some moms can’t imagine ever going back to work after having kids, while some moms can’t wait to get back to that part of their identity. Drew Barrymore found out she fit in the latter category. As the actor told Andy Cohen on his eponymous SiriusXM Radio live show on Wednesday, when she returned to performing in 2016 as Sheila Hammond in the Netflix hit Santa Clarita Diet, she realized just how much she had lost herself in her mom role to daughters Olive and Frankie.

“I was so knee deep into mothering my kids. I was like, I don’t know who I am anymore,” Barrymore told Cohen. “I think I went way too far the opposite direction. And if I can’t remember that I’m an individual with a skill set, I might die. So then I got to play this woman who gets to eat people, and it was exactly how I felt.”

We’re not sure how many moms feel like a zombie who likes to eat people, but we hear Barrymore’s point about remembering that we are human beings with talents other than knowing Good Night Moon by heart or being able to change a diaper with one hand.

“It really saved me,” Barrymore says of returning to acting after her split from husband Will Kopelman in 2016. “I had gained a lot of weight. I had lost my way. I was going through a really difficult divorce in that it just was the worst thing and everything I didn’t want to happen. … I just got to remember: You are a person with a history. You’re not just a lost mother. You are, you know, a human individual. Don’t ditch who you are for your kids; I think that’s a recipe for disaster and parenting.”

Of course, while Barrymore has discovered she enjoys being a working mom, she also said she has no interest in being on a film set right now because it would take too much time away from her kids, but that could change when they are older.

“It was a no brainer to me to put making movies on a back burner so that I could be present and raise my kids myself,” said the actor, who has been in films since she was a baby herself. “I didn’t want to be on a film set asking the nanny how the kids were. I was like, that is not my journey.”

A post shared by The Drew Barrymore Show (@thedrewbarrymoreshow)

While there is no news yet on whether her daytime talk show, The Drew Barrymore Show, will be renewed for another season, Barrymore would love for it to continue because of all the work she and her team have put into it. But her primary job is and always will be that of mom to her girls.

“Obviously, my children just come first and everything; let’s just make that totally clear — that I don’t seem like some bougie Hollywood douche,” she said. “That’s the only thing I want in the world is this [talk-show host] job. Second to my children and my best friends being healthy and happy.”