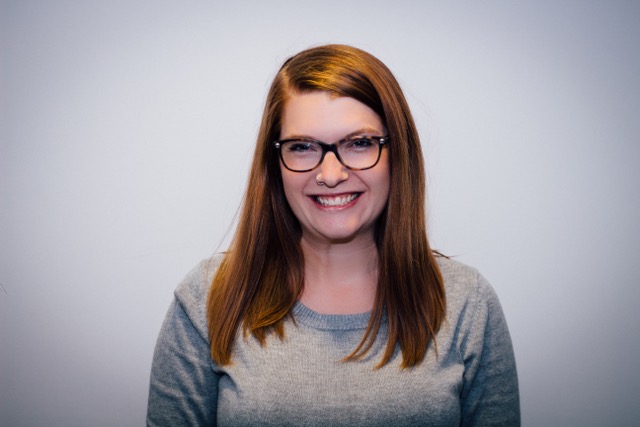 I, like everyone else, watched the highly anticipated interview between Meghan Markle, Prince Harry, and Oprah Winfrey in awe. Meghan is the very essence of grace, authenticity, vulnerability, and perhaps most of all, courage.

I remember so clearly when she told ITV reporter Tom Bradby that it would be accurate to say she was “not really doing OK” during a tour in South Africa. Her honest and raw answers to his questions cut to the quick of what I was experiencing as a new mom myself. I was not a royal dealing with the scrutiny and racism that had come with that journey for her, but I was a mom of a newborn and if someone had asked me the same question I would have said yes — if I was brave enough to be honest.

In her Oprah interview, Meghan has once again fearlessly and vulnerably spoken truth right to the heart of her experiences, and to mine.

Perinatal depression, depression experienced by a person during their pregnancy or during the postpartum period, was found to be “the most under-diagnosed obstetric complication in America” in 2010, with over 400,000 infants born to a depressed parent every year, according to estimates. Living with perinatal and postpartum depression has been one of the most difficult experiences of my life. I am blessed with three beautiful, vibrant children. I have wanted each one of them and feel that motherhood is the most important thing I will ever do. Yet during each pregnancy and after each birth, I have descended into a dark and scary place, where I don’t recognize myself, and my family members quietly worry. We are not alone in this experience, the Centers for Disease Control and Prevention (CDC) estimates that between 1 in 5 and 1 in 8 women suffer from postpartum depression. Still, there is a heavy veil of secrecy covering this all too common mental health crisis, and many parents feel the shame and guilt that Meghan described. They fear that asking for help will label them as weak and broken for all the world to see.

When asked about her mental health during her pregnancy and the challenges of that time, Meghan Markle said she experienced suicidal ideation. She explained to Oprah that she had scary, intrusive thoughts and methodical plans to end her own life while pregnant, that she was afraid to be left alone, and that she reached out to her husband for help.

“I was really ashamed to say it at the time,” she said before millions of viewers. “But I knew that if I didn’t say it, that I would do it. And I just didn’t — I just didn’t want to be alive anymore.”

It is difficult for me to comprehend the strength that reaching out for help took. I too have contemplated suicide while pregnant and newly postpartum. I did not have the courage to tell my spouse how I was feeling. How could I? How could I admit that I had thoughts of ending my own life, and in turn the life of our very precious and loved unborn baby. That is simply a darkness too scary to give voice to. The thing is that by attempting to suffocate my scary thoughts by silencing them, I did not take away any of their power. Instead, I fueled the darkness by adding shame and guilt to my already complex emotions.

I am so grateful for the friends that encouraged me to speak to my midwife about my struggles. They did not know I was experiencing suicidal ideation; they simply knew I was struggling, and they had been there before. My friends were warriors familiar with postpartum depression, anxiety and OCD as so many women are.

I did speak to my midwife, and luckily, she probed further when I told her I was struggling. “Do you ever think about hurting yourself?” she asked. “Sometimes, yes,” I replied. And thankfully she got me the help I needed, including medication, a referral to a support group, and therapy resources. Those supports saved my life and the life of my son. With two little words, I was able to get the help I desperately needed. Sadly not all parents have access to these life-saving services.

According to the CDC, over half of pregnant people with depression do not receive the treatment they need. During my second pregnancy, I was one of those numbers. I, like many other mothers, stopped taking the antidepressants I had been prescribed after my first pregnancy when I decided to try for a second baby. That was the responsible thing to do, I thought, protect my baby from the drugs I needed. I suffered with anxiety and depression and the intrusive thoughts common to postpartum OCD, and no one asked me if I was OK. Not my medical team, not my daughter’s pediatricians. She was healthy; I healed physically, and that was that. I remember in her second year of life the feeling of coming back to myself, of a dark and heavy fog lifted. I had experienced PPD before, and I should have known to get help. But I thought that made me weak, and so I suffered in silence for over a year.

Thanks to the medication I again started taking during my third pregnancy, and the resources my midwife connected me with, I have enjoyed a happy, healthy postpartum season with my youngest. If she had written off my concerns as a normal postpartum experience, as so many healthcare providers do, I don’t know that I would be standing here today, watching my son play at the park and writing this. We need more health-care providers who interface with pregnant and postpartum parents to ask the right questions and follow up with the right resources. This is not a matter of convenience or whose job it is to ask these questions, this is a matter of life and death.