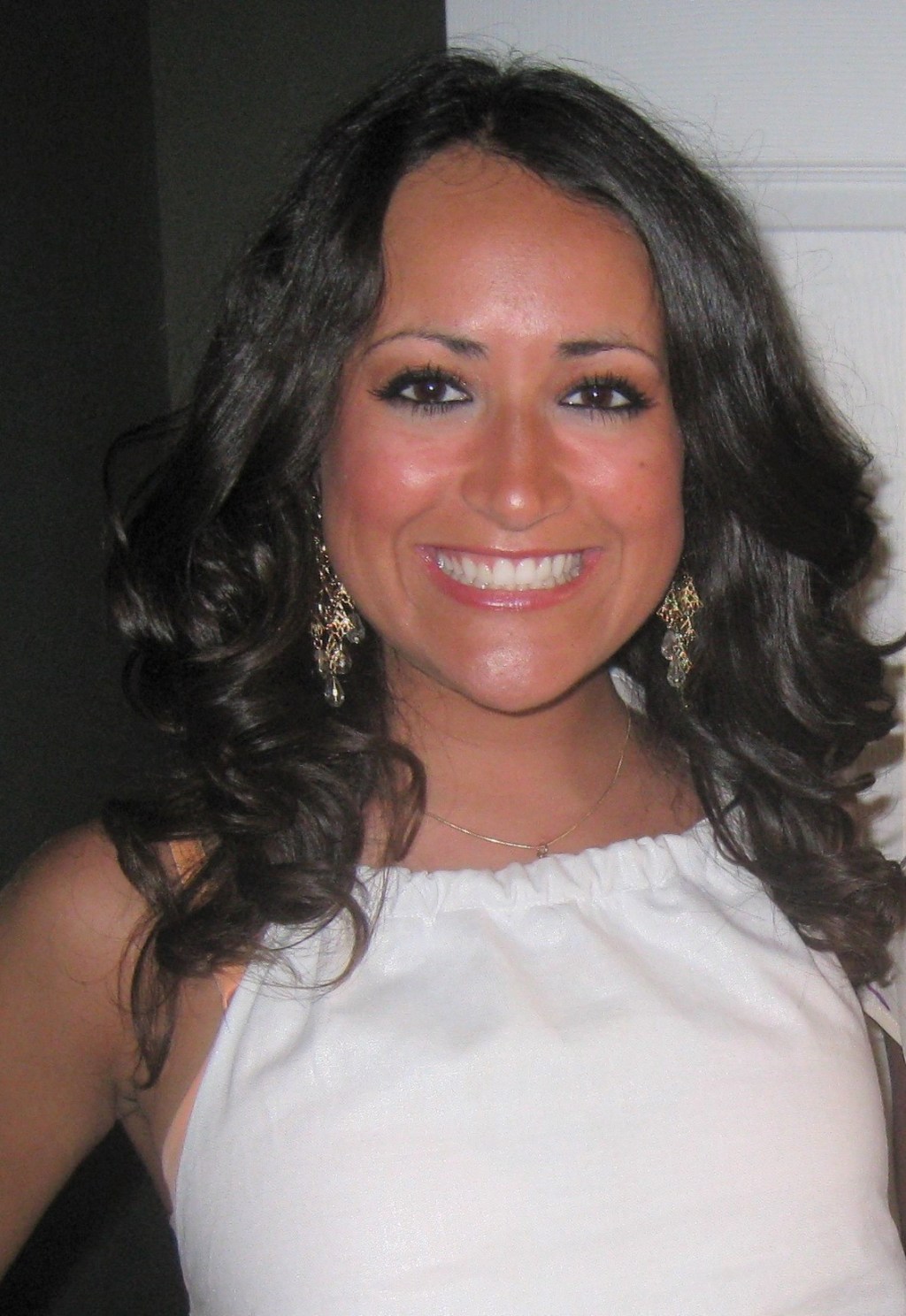 Twenty-eight, 11, 6, 0,12, 68, 75. These numbers look more like Powerball lottery numbers than the temperatures in Texas from the past week. But they were.

In a state that does not often get snow, many were thrilled to have a winter scene unfold on Texas soil. Children made big plans for snowball fights and snow angels. But as the snow fell and temperatures began to descend, the scene quickly changed from wintery bliss to hellish nightmare. The state was alarmingly underprepared to endure a crisis of this magnitude and residents were thrust into survival mode.

Texans nicknamed the Winter Storm Uri “Snovid 2021” because with all mayhem that this storm unleashed, it was easy to forget that we are also in still in the midst of a pandemic.

According to PowerOutage.us, at the height of the storm, nearly 4 million households didn’t have power, and roughly 14 million were facing water disruptions. That included boil-water orders that required individual households to boil water for several minutes because it was unsafe for consumption or could pose an acute health risk due to harmful microbes. No access to clean drinking water conjures up images of life in a third world country. But this is Texas, land of plenty.

It’s difficult to pinpoint the true scope of just how devastating this storm was because the damage is still ongoing and may be for several more months. According to the Associated Press, so far, nearly 80 have perished from the freeze and its aftermath, and thousands more were hospitalized. Just about everyone is left reeling from this nearly weeklong storm, but certain populations, including rural communities and unhoused families and individuals were especially susceptible. Women’s and homeless shelters were at maximum capacity as they struggled to care for the most vulnerable. According to the National Low Income Housing Coalition, across Texas, there is a shortage of rental homes affordable and available to extremely low-income households, whose incomes are at or below the poverty guideline. During the freeze, this left roughly 27,000 unhoused persons at serious risk.

Moms — of all income levels — are undeniably the unsung heroes of this ordeal. Faced with difficulty, mothers do what they do best: they get the job done. The mama bear instinct kicks in and they do whatever it takes to protect their kids. Many recount surviving harrowing circumstances that left them with no way to feed, bathe or keep their children warm. Several mamas had to trudge out in zero-degree temperatures in search of clean water to prepare formula for a hungry infant.

The life of a premature, 1-pound baby born during a catastrophic winter storm in Texas was saved thanks to the ingenuity of a team of doctors and nurses, including some who packed a truck with neo-natal intensive care unit equipment.@bswhealthhttps://t.co/WJ34jCse9d

Mary, a mom of six from Ft. Worth, describes her families’ struggle to SheKnows: “Staying warm was a huge issue. We were in layers and blankets, but we have a son on the spectrum, and it was hard to keep him under a blanket because he didn’t like blankets being on him. We dragged a mattress into the living room, and we all stayed in there to keep warm.”

With no electricity to power iPads, Gen Z got a glimpse of what their parents experienced growing up without electronic devices. Welcome to the stone age, kiddos! Visiting a barren grocery store was an eerily similar experience to March 2020 when COVID first hit, a sight most hoped never to see again.

One thing is certain: People feel their local leaders, government officials, and management at water and electric companies all failed them spectacularly.

“It’s very clear we can’t rely on the people we pay to provide life-sustaining services for us, or our government to react quickly to a crisis,” Liz Leal, mom of three from Bexar County, near San Antonio, tells us.

My mom is in Texas and everything gone in Walmart 😭😭 pic.twitter.com/gpMbBwiVqM

Senator Ted Cruz’s infamous Cancún photos not only spawned a million memes, but they were exacerbated how betrayed people felt by local leader and government. Just when they were needed the most, these so-called leaders packed their bags and headed out, leaving their citizens to fend for themselves and wait out the storm helplessly.
No one seems to want to own up to the all the failures, which is frustrating for residents.

“I was really surprised that even though our water company knew they weren’t able to supply us with running water, no one was offering to supply any kind of water to us. We emailed, commented on their Facebook posts asking for assistance, no replies at all. They had stopped answering phone calls. Any phone call ended in being disconnected. I started calling our state and federal representatives and our county judge. Only one person answered and told me there was nothing they could do,” laments Leal.

For some, the Storm to end all storms is now safely in the past, and all that remains is the memory of a wild week and perhaps even an incredible story to tell at a dinner party. But for many others, Uri’s wrath continues wreaking havoc. According to the Texas Commission on Environmental Quality, millions of families across the Lone Star State are still without clean drinking water or homes that are uninhabitable from all the damage. These numbers are frequently changing depending on conditions and the progress of local systems’ efforts.

The entire state is in major recovery mode, with plumbers and electricians inundated with all the business they can handle right now. Most are booking a week and a half out and asking for your firstborn as collateral.

Because of the scorching summer temperatures, pools are prevalent in Texas, and many did not fare well during the freeze. Burst pipes and broken overflow pumps are common issues many pool owners are facing right now. Pool companies are overwhelmed and charging a premium to make house calls.

Kim Wieser is a mom of three girls and a realtor in Westlake, Tex. Busted pipes caused an enormous amount of damage at their home. Floors buckled, walls are soaked and moldy, and huge banks of cabinets must be ripped out and replaced. The damage is so extensive it will take weeks, if not months to be repaired, leaving them displaced in the meantime.

The question lingering on most Texans’ minds right now is, how did we get here? And more important, how do we ensure that we are never here again?

The answer, it seems, is that most Texans never saw themselves in this position to begin with. “I just could never picture us in this situation, but now that I know what’s possible, I don’t want to be caught off guard again,” says Molly Smith, a mom of two from Southlake, Tex.

We live and learn. So, what exactly does it looks like to be prepared from here on out?

This storm is inspiring some to go full on “prepper” and start hoarding food, ammunition and supplies. For others it means creating a survival kit and enacting a system of emergency protocols.

Knowledge is power. Wieser suggests that every homeowner should have a checklist of safety protocols, including a working knowledge of sprinkler valve pressure, fire-safety exits, and plumbing.

Knowing where pipes are located and how to shut them off is also crucial. According to the American Red Cross, water is one of the biggest hazards to a property and prevention is key. Knowing how to avoid and treat frozen pipes could save you both time and money should the worst happen.

Being prepared also includes having the right tools and equipment on hand. Wieser says they lost critical time shutting down their pipes because they did not have the proper wrench to shut off the water line. “We had to borrow one from a neighbor which cost us precious minutes while the water was gushing out,” she tells us.

Instead of giving out a nice bottle of wine to clients — a typical realtor gift — she is thinking about gifting her new homeowners with a much more practical gift: a wrench. While it isn’t the most glamorous present, most people don’t own one, and she now knows first-hand that having one quickly accessible could potentially be the difference in saving someone’s property.

“We are planning to have our windows sealed before next winter, get our propane tank filled and we already bought multiple battery-operated lights for our home,” Mary says of her game plan going forward.

Officials are encouraging people to build a disaster pack, which should include essentials like batteries, first-aid materials, flashlights, candles, and blankets. Many Texans are planning to invest in a generator to avoid these type of power outages in the future. Generators certainly don’t come cheap, but they are lifesaving in a situation like this.

“In the future we will not drip faucets but leave a steady stream,” Smith says. “We will also keep snow off of the water main. It was covered in snow and cost is an extra five minutes digging it up trying to shut the main line off.”

While it was fantastic to have such a generous community, Smith doesn’t want to have to rely on these neighbors in the future. “We will be buying a drywall saw and a Shop Vac, so that we aren’t so dependent on others for tools.”
Help is on the way! Multiple relief agencies are jumping in to help now, distributing bottled water and supplies to those still suffering. The U.S. Department of Housing and Urban Development recently announced the implementation of federal disaster assistance for the State of Texas to provide support to homeowners and homebuyers in areas affected by the Severe Winter Storm. The Texas Homeless Network is currently working to connect at-risk individuals and families to the resources they so desperately need.

One of the many benefits of living in this great state is its mild winters. Although this storm was unprecedented, it did serve as a wake-up call that while rare, these things can and do happen, even in Texas where a typical winter day is somewhere north of 50 degrees.

If 2020 and 2021 have taught us anything it is this: Expect the unexpected and be prepared.

Storm Uri delivered some especially tough blows to Texas, but the state will no doubt bounce back bigger and better and then ever. Because, ya know, everything’s bigger in Texas.