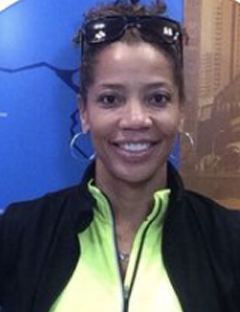 I intentionally stayed away from the local Atlanta news, CNN, MSNBC, and all digital forms of communication on Tuesday, January 5, election day for the Georgia senate runoffs — pitting Democrats Rev. Raphael Warnock and Jon Ossoff against Republican incumbent Senators David Perdue and Kelly Loeffler. It’s not that I didn’t care who won. But I was so over the negative ads, text messages, emails, postcards, and door-to-door canvassing — all of it! So, I vowed to practice self-care and stay away from news until Wednesday.

It was the negative ads that I really could live without. It was difficult to explain the “why?” behind these incessant commercials to my 10-year-old twin sons, especially our avid Good Morning America watcher who finds topics on YouTube that I never knew existed and wants to debate them.

There were two particular commercials that I remember discussing with my sons: One Loeffler commercial where Warnock was repeatedly referred to as a radical; and the other a Warnock commercial in which Senator Loeffler is speaking from the pulpit of Ebenezer Baptist Church where Warnock is the senior pastor. My sons asked why in one commercial Loeffler refers to Warnock as “radical Warnock,” and then in another Loeffler is shown visiting Ebenezer and expressing her gratitude. They didn’t perceive her to be genuine, but that she would say anything to get elected. My sons attend a Christ-centered school that has a focus on understanding, respect, and compassion for others. The commercials for the incumbent senator were certainly not aligned with what they are taught in school or home. The commercials missed the spot with both my sons and daughters. The boys felt that they were just mean.

But on Wednesday morning, I opened Facebook, turned on CNN, and heard the monumental news that Raphael Warnock had won a very close race against Loeffler. (The vote was still too close to call in the Ossoff-Perdue race.) A soft smile spread across my face as I hugged my husband and waited for our sons to enter our bedroom with the question of “Who won?” Yes, even our sons understood that this election was BIG and they were heavily invested in the outcome.

For Christmas one of my sons gave me a T-shirt with late Georgia Congressman John Lewis’ signature phrase, “Good Trouble” emblazoned across the front of it. I put it on and wore it with pride that day. Good trouble had got us here. Finally, Georgia had its first Black U.S. senator.

“The 82-year-old hands that used to pick somebody else’s cotton went to the polls and picked her youngest son to be a United States senator,” Warnock said in his victory speech.

I was so glad that his mother is alive to participate in and witness his victory. It made me proud as I thought of my own mother, my community, and my own family. Senator Warnock’s win felt like a victory for all of us. Perhaps it is because we have several things in common. We are “Spelhouse fam” — he and my husband are graduates of Atlanta’s all-male Morehouse College, and I am a graduate of the all-female Spelman College located across the street from Morehouse, which my daughter now attends. We both grew up in rural Georgia communities in the 1970s before moving to Atlanta (Warnock is from Savannah, and I’m from Griffin). And we’re both the youngest children in very large families. These factors most certainly helped to shape our character and who we are as adults. That foundation that runs through me has heavily influenced most of my life decisions, and I believe that is true for Senator Warnock.

In several of his political ads, Warnock mentioned how his dad would say, “Get up, get dressed, put your shoes on,” so that he could start his day and be ready for whatever comes his way. My mom would often say, “Do what you need to do, so that you can do what you want to do,” meaning stay prepared for opportunity. Born and raised in a Southern Baptist church, spending more time in church than home, was routine for us both. To have a U.S. senator with whom I share a mutual belief system and morals is a tremendous victory.

We teach our kids that we are no better than the next individual, to stand up for what you believe, and to be open to differences without judging. To know that we have someone in the U.S. Capitol with a similar foundation who will participate and vote in the legislative process is very much worth my support. Warnock appreciates diversity in race, ethnicity, gender, and thought process. He understands that we are required to care for others in order for us to move forward in this global village. I want my kids to see elected officials as good people that are politicians. Their job should not define them as a person.

As Georgians basked in the momentous victory that we delivered, we were once again reminded of the ugly stain of racism by those hellbent on destroying our democracy. My husband and I try to teach our kids to believe in the goodness of people and triumph of the human spirit. There have been many times over the past four years when our government’s actions make no sense to me as a parent, a citizen of this country, and as a Black woman. They certainly don’t align with my beliefs: decisions to rip children from the arms of their parents, placed in detention centers and deported without thought of how or when to reconnect families; and unarmed Black men and women senselessly murdered without cause. Sitting in your home while Black, sleeping while Black, jogging while Black should not lead to death. The senselessness has created significant fear for us as parents, as well as for me as a wife of a Black man. We’ve chosen to have “uncomfortable” conversations with friends and neighbors about race, equality, and police brutality. The pandemic has caused me to question my own mortality and the impact to my family as I watch many treat the decision to wear a mask and social distance as optional.

The election of Warnock gives me hope. Hope that my children will participate in a fair and honorable society one day. I am most proud that my children understand the importance of their voice, their vote, and their ability to make a difference in the world.

Add these books starring boys of color to your kids’ bookshelves.

15 hrs ago
by Kyunghee Kim