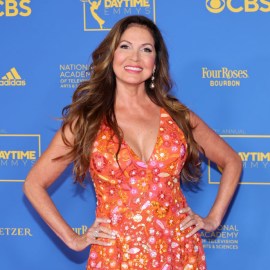 After experiencing multiple pregnancy losses and having two children, Lauren Kitt Carter thought she was done having kids. But as she and husband Nick Carter told People this week, biology had one more surprise in store for their family.

Posting a video of his wife’s ultrasound to Instagram on Wednesday, Nick Carter wrote, “Sometimes life blesses you with little surprises.”

The Backstreet Boys singer and his wife share 4-year-old son Odin and 15-month-old daughter Saoirse, so you would think that Lauren would know the signs of pregnancy in her body. But her experience truly shows us that with some parents, every pregnancy is different. This makes even more sense considering her past pregnancy losses.

“My last, the one before Saoirse was a second-term loss, which is more, just more traumatic and there’s a lot that goes into it,” she told the magazine. “[It was] similar to what Chrissy Teigen went through.”

While the Carters had previously shared about their miscarriages, Lauren said the detail in which Teigen and others have spoken about their loss has been helpful.

“When she came out with her story, we were so happy because we were like, ‘Wow, other people are open and sharing their stories and it’s not so taboo,'” she said. “People go through it and I was actually very grateful that they shared as much as they did and as in depth as they did, because I mean, no one talks about it.”

She also spoke of how she’s learned to cope with pregnancy loss by letting go. “I do what I can do and then other than that, I’ve learned that I have no control,” she said. “It’s not my fault, it’s not Nick’s fault. It’s no one’s fault. It’s just, that’s just destiny.”

So, we can understand why Lauren wasn’t exactly expecting to be pregnant again. She and Nick were even talking about going through a surrogate to have a third child.

“I thought I had a tumor because there was just no way that I could be pregnant, from just my medical history and the things that I did to ensure that I just had my two children,” she said.

For his part, Nick Carter sounds like he has the basics of fatherhood down pretty well by now: “I have always wanted to love somebody, someone unconditionally and give everything to those people, my wife, my kids, and be selfless. Now that I have it, yes, I am living my dream and I am very grateful for that and very blessed.”