While a lot about Gigi Hadid and Zayn Malik’s daughter remains shrouded in mystery, her mama hasn’t left fans completely in the dark about her little girl. In her Instagram Stories on Monday, the model shared some snapshots of her baby’s nursery, and we’re sure many parents-to-be are going to want to take notes.

“Decorating & spending time in her nursery really helped me feel prepared when I would get too in my head :),” Hadid wrote on a pic that showed a rattan rocking chair and a dresser topped with a wicker changing basket. In the mirror above we can peep a pregnant Gigi Hadid, and she also indicates that this was a week before she gave birth.

Hadid shared another photo of herself, pregnant and all in black, with a note that explains this was the night before she went into labor. You can broadly call the orange-walled nursery “boho chic,” but it’s also very playful in a style that matches the rest of the New York apartment she remodeled and shared earlier this year. There are no cabinets decorated with dried pasta in this room, however (hello, choking hazard!).

If you’re moved to try to replicate Hadid’s nursery for your own little one, we have good news and bad news. The bad news is that we can’t lead you to original artwork by Gigi’s friend Austyn Weiner, a blanket Taylor Swift supposedly made herself (as Hadid showed off back in September), or the specific, possibly custom-made or vintage items of furniture in Baby’s room. The good news is that we can give you hints on where to get your own (much more affordable) versions. 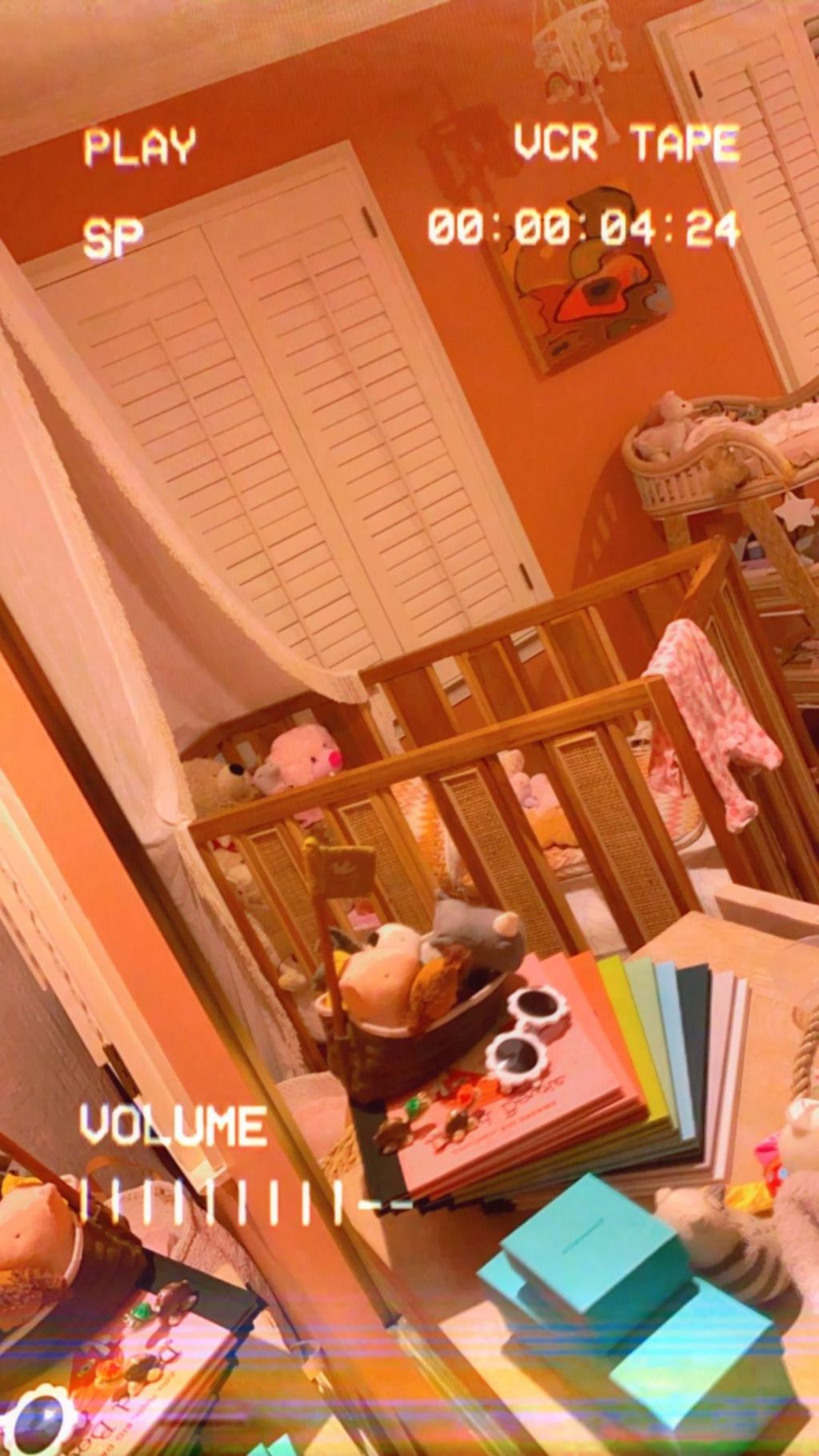 Hadid’s baby’s crib certainly looks like an antique, with that ’60s-era woven detail on the slats. Your version won’t be identical, but if you’re drawn to its dark wood and wide slats, you might like this Pottery Barn convertible crib. If what you like is the woven look, consider this ED Ellen Degeneres Gentilly Crib.

When your kid is old enough to keep a pair of sunglasses on their head, you can’t go wrong with these Flower Power sunnies, available at Etsy.

The wicker changing basket is about as different from your typical IKEA changing table as it’s possible to be while still facilitating a diaper change. Pick up a similar one from Maisonette, which suggests you use it to hold magazines or toys when your kids are finally out of diapers.

While some of us did our midnight feedings in dullsville gliders, Hadid nurses her little one on a stylish rattan rocking chair. Buy one of your own from Wayfair, but we suggest getting some cushions and pillows while you’re at it, even if they destroy the aesthetic.

According to Elle, the dreamcatcher that floats above baby Hadid-Malik’s head while she sleeps is by Weiner, as is the painting on the wall beside it. But you can very easily catch your own macrame rainbow mobile from Etsy.

You will find a surprisingly large number of results if you search for “bunny in a tulle dress,” so we’ve given up on finding the exact rabbit sitting atop the bookshelf. Still, this Blair Bunny, wearing a capelet, tutu, and star crown, would please any little princess.

Finally, there’s the part of the nursery we could spend hours dissecting: the wall of books that Hadid wrote are favorite books her friends sent her. Here are a couple that jump out at us:

This series of books chronicling adventures of a scruffy little dog and his friends in New Zealand is so much fun to read aloud, parents won’t mind if they have to do it every night.

Clearly Gigi and Zayn do not intend for their daughter to get by on her looks alone. May as well get them started on those STEM lessons early!

Quantum Physics for Babies $8.00 on Amazon.com Buy now Sign Up

‘Rumble in the Jungle,’ by Giles Andrae

You may already know Andrae’s Giraffes Can’t Dance. This is equally fun to read (and act out).

Rumble in the Jungle $9.00 on Amazon.com Buy now Sign Up

When Gigi and Zayn finally reveal their baby’s name, will it join this list of unusual celebrity baby names?