Niecy Nash has had quite the 2020. Despite dealing with a global pandemic and the Most Stressful Election Of All Time just like the rest of us, the Reno 911! and Claws star divorced her husband of nine years, Jay Tucker, and a few months later married her new wife Jessica Betts, whom Nash described to People as “the most beautiful soul I have ever met in my life.”

And if that’s got you awww-ing already, just wait ’til you hear what Nash and Betts are up to for the holidays this year. Hint: It involves their admirably chill blended family — Nash shares three kids, Dominic, Dia, and Donielle, with first husband Don Nash — plus PJs plus crafts (!) thanks to Nash’s recent partnership with HP Printables.

I sat down with Nash this week to get her thoughts on everything from the election to what on earth I should do with my kid over winter break. Let’s just say she’s come out of this rollercoaster year more on fire than ever — in the best way possible. 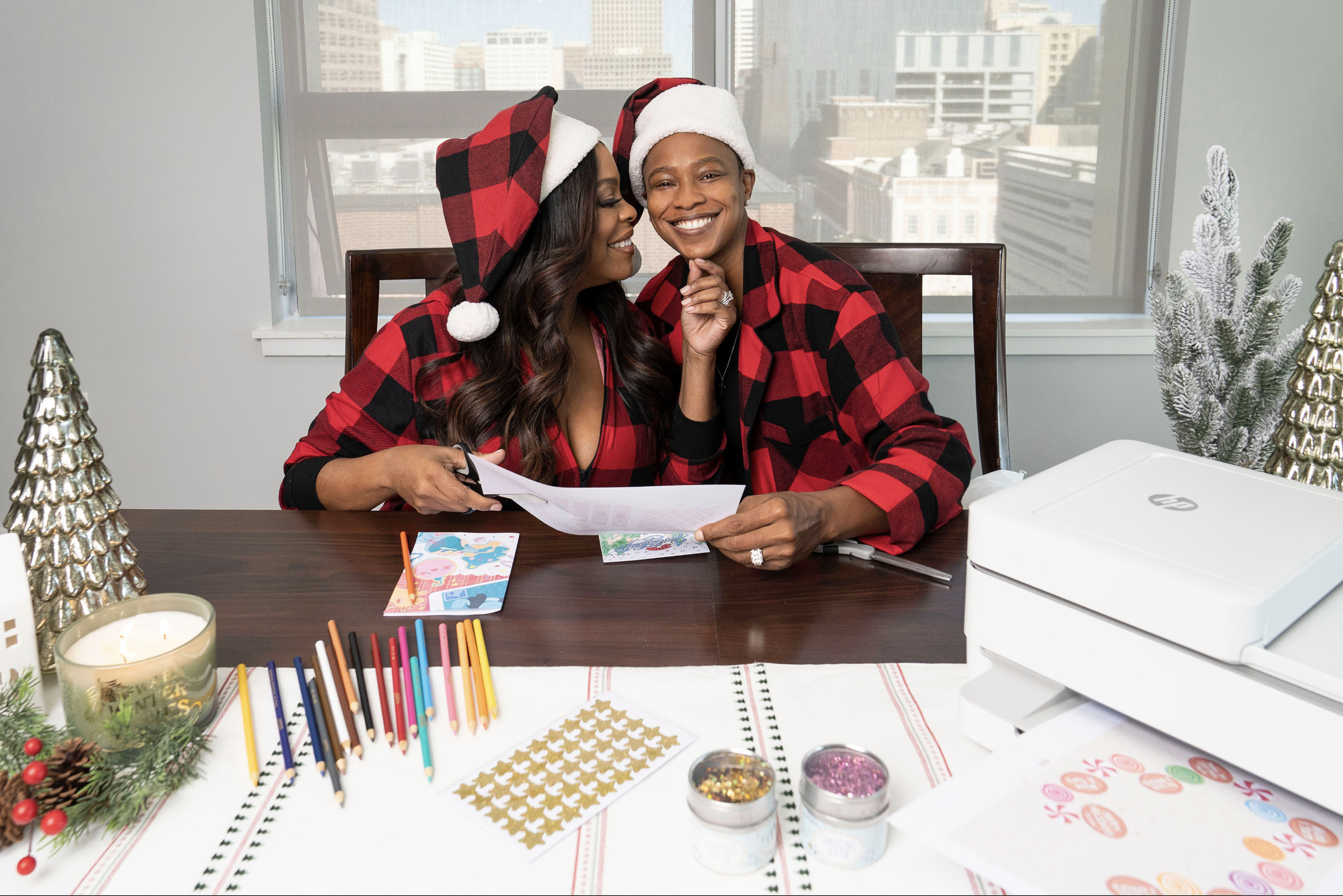 SheKnows: What are you and your family up to this strange pandemic holiday season?

Niecy Nash: We’re a small bunch, a small group, and so we always spend the holidays together. We mainly spend it together in our pajamas, which I love. So one of the things that we were able to do this year was customize our cards through HP Printables. We were able to stay in those pajamas, ha! And create cards that we could send out to our family and friends, who we may not be able to see, because of, you know, COVID and quarantine restrictions. Still making a little of that holiday magic.

SK: I mean, what you’ve got out here looks pretty good! All those colored pencils, my 4-year-old would love this setup.

NN: You know, you’ve got to get yourself an HP Printer, because it’s a good way to catch a break. Listen, I’m gonna tell you something. It’s a double deal because you have a way to entertain and create magic and memories with the whole family, but you can also sit your kids down and let them do the crafts while you take a much needed break, if you know what I’m saying?

SK: Sounds ideal. How do you manage the blended family dynamic with the kids having multiple parents who love them and want to spend time with them, especially around the holidays?

NN: You know what? The holidays is really a ‘come one, come all’ [situation]. And you know what I mean? So my ex-husband who’s the father of my children, I have my new marriage, we all live in such a close proximity to each other that we are each other’s bubble. You know what I mean? Everyone will stay in their pajamas and we will celebrate and love on one another as best we can. The ex, the next, all the kids, we’ll all be in it together!

And let me tell you what I did. Because I’m newly married and we want to start to cement that with our own traditions, I was like, you know we haven’t been out, nothing is open, we haven’t been on the red carpet: I got dressed up to the nines and went right over there to the sofa. And I took my holiday photo from my sofa! But it was so much fun to be able to play in my clothes and still take beautiful pictures and send them out to all our family and friends. It was really a good time.

Everyone will stay in their pajamas and we will celebrate and love on one another as best we can. The ex, the next, all the kids, we’ll all be in it together! 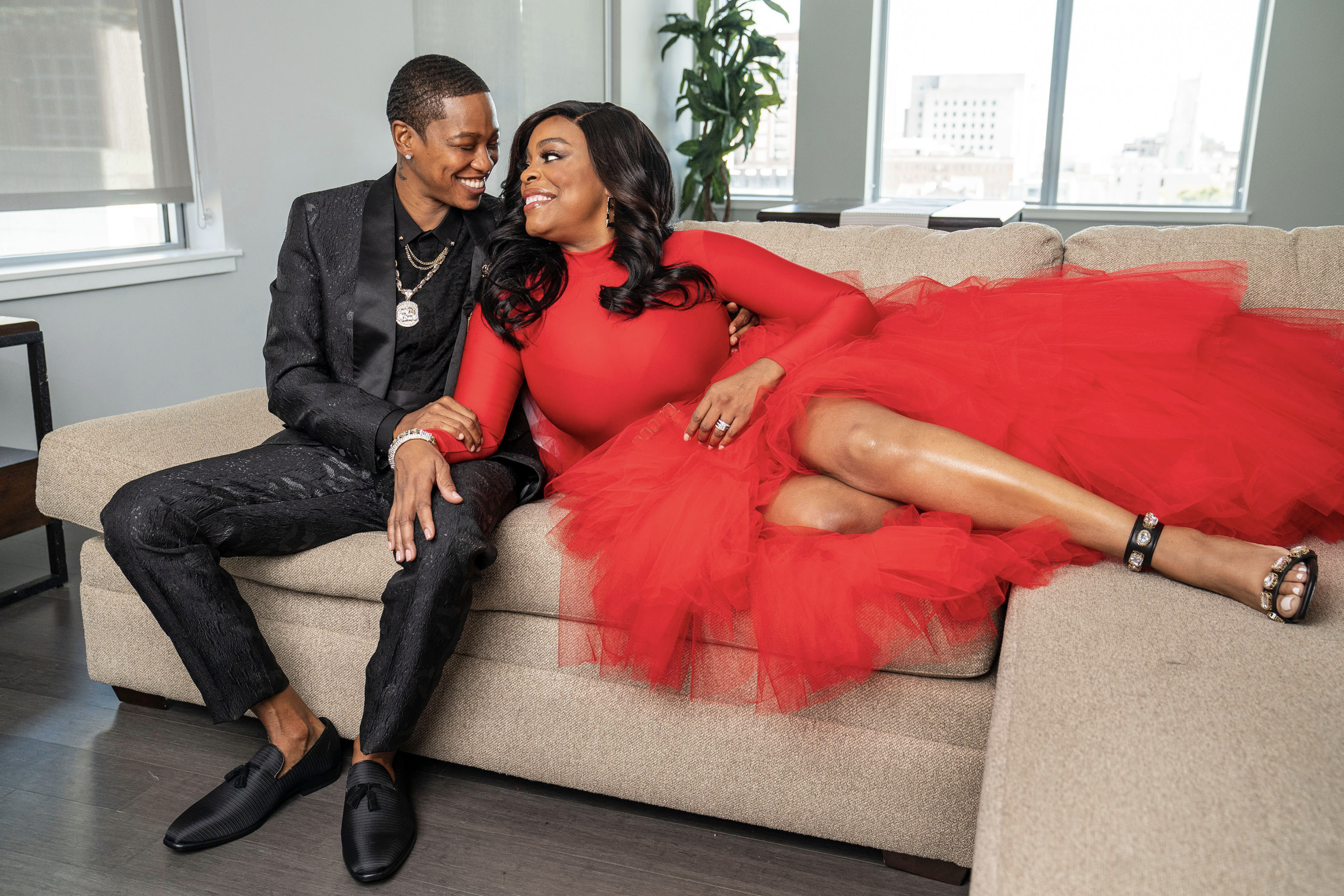 SK: Your kids have followed your footsteps in acting; was that something you suspected they’d pursue since they were little?

NN: I didn’t see any of it coming. And yes, they have followed in my footsteps, and it’s so funny because you know, I play a recurring role on a Netflix series called Never Have I Ever. And both of my daughters auditioned for the series separate and independent of each other, and separate and independent of me, and they both won roles on the show, so season 2 we will all be on the same television series! It’s a family affair. I think when you do it well, it looks easy, and now they know that it’s not.

SK: You’ve been a spokesperson for Mothers Against Violence in Schools, which your own mother founded. Do you think progress is being made in schools in that area?

NN: Well you know, right now everybody is at home. Which, when it comes to that particular sort of incident [school shootings], it is a blessing that you can cover your children at home right now. And you know, the organization, my mother headed it for many many years, and it’s very painful. My only brother was killed on a high school campus so it was very painful for her to keep it going. So she has since retired it, but you know, if she gets a call that there is a school in crisis, she will show up and be there. And if she needs me, that’s exactly where I’ll be.

SK: You spoke powerfully about systemic racism in June when your son was wrongly harassed by cops at a traffic stop. Are you feeling more hopeful that we can actually enact change, on the heels of the recent election?

10 hrs ago
by Sarah Cottrell