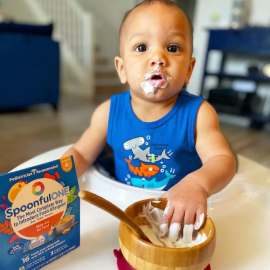 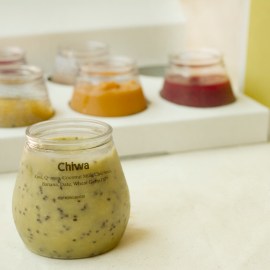 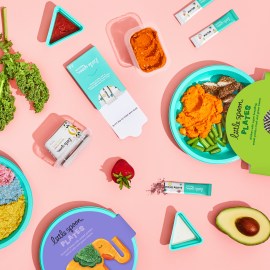 New mama Cameron Diaz has decided to keep most things private about her and Benji Madden’s baby daughter Raddix (we’re still waiting to see a picture). In a new interview with Rachael Ray, though, the actress did share some interesting new information about her daughter: she loves garlic and has eaten it since… birth?

“She’s had garlic from day one,” Diaz tells Ray on the episode. Yep, you read that right: Baby Raddix clearly has quite the sophisticated taste.

But garlic isn’t all: “She eats bone marrow, and liver,” Diaz continues. “And she loves it. I put herbs in everything, thyme, and dill, sage, everything. She just loves all of it.”

And good thing the little gal is a food fanatic, because Diaz seems to be a cooking fanatic — at least during quarantine.

Ray praised the actress for strengthening her little one’s palate at such an early age and mentioned her annoyance with parents who “dumb down kid’s food.”

That’s when Diaz continued to reveal her cooking habits and explained she’s making sure her daughter gets a taste of the good stuff early on.

“She never had a puree. She never got anything pureed, she has been just eating.”

Diaz and Madden welcomed their daughter back in January. And while Raddix may not even be a year old yet, she’s already less of a picky eater than plenty adults we know. Props to Diaz and her (what we can only assume are) stellar cooking skills.

Before you go, check out our gallery on celebrities who had kids using a surrogate here.