So you’re the parent of a preschooler. Congrats and bless you, especially in this year of our strained sanity that is 2020. If you haven’t already been sucked into the wild and wonderful world of Mighty Express by now — well, where have you been? The kids show is Netflix’s (and the creators of PAW Patrol‘s) answer for the next generation of little train lovers. And the Mighty Express Christmas special, which drops December 5, well, is sure to be a fast favorite. Because if there’s anything kids love more than trains, adventures, and special missions, it’s trains, adventures, special missions, and Santa Claus.

But you don’t have to take my word for it. In fact, I would hope you wouldn’t, seeing as I’m a boring 35-year-old grown-up who has no particular interest in trains or special missions, and I’m over here still trying to keep the PAW Patrol characters’ straight in my Mom Brain and have zero brainroom for trains (or children? or train children?) named Freight Nate, Mechanic Milo, and Farmer Faye.

But do you know who does have the time, and the brain room, and the glowing reverence and adoration of all things trains? Four-year-olds. Particularly mine. His name is Silas, and he has reviewed the entire Mighty Express Christmas special just to give you a sneak peek of why, exactly, it’s the greatest thing since PAW Patrol.

Here’s what he told me is so great about Mighty Express: A Mighty Christmas. (I may have translated some of his rave review oh-so slightly into grownupspeak.)

The world — and certainly parents — may never truly understand what on earth is behind the toddler/preschooler fascination with trains. But boy do they love them. They’re cool! They’re fast! They let you travel to new places without having to drive a car or fly in a plane! Train cartoons are like their own very specific genre of totally non-violent action-adventure films for kids, and for that, parents love them too. And hey, if those trains can talk, like the ones in the Mighty Express town of Tracksville can, I mean, all the better.
In the kid’s words:
“Trains are the best because they’re more faster than a cheetah.” Well, that one may be up for debate.

This is one we grown-ups can understand. We love getting mail, too! Kids, however, primarily love mail of the holiday-gift variety — so they’ll definitely love the latest Mighty Express adventure, in which the impulsive, sometimes trouble-making postal train character Mandy Mail has to help deliver children’s letters to the North Pole in time for Christmas.
In the kid’s words:
“Mandy Mail is best, because she’s the color of snow and snow is when it’s my birthday.” The kid was born on December 26; I guess a lifelong love of snow is to be expected.

This is where Spin Master, the makers of PAW Patrol, really know what’s up. Spin Master has 11 series (Mighty Express is its first Netflix original) and that know-how to tap into the recurring kid-theme of teamwork, because, as your preschooler will find out once they learn how to spell, “there is no ‘I’ in team”. In this episode, Mandy Mail lets her ego get the best of her when she insists on going it alone to the North Pole instead of working together (or sharing credit) with the other trains. Surprise: She gets into a pickle and learns how important it is to ask for help.

In the kid’s words:
“I love helping each other!” Awww, Mommy is so proud of this one.

4. Talking trains who are friends with talking animals

Who are all friends with kids, too, of course. BTW the series’ setting, Tracksville, is an imaginary town in an imaginary universe in which kids, trains and animals run the world and human adults do not exist — well, until this episode, it appears. Because, Santa! But anyway, it’s a magical land where anything goes, including trains in hats and birds in vests. 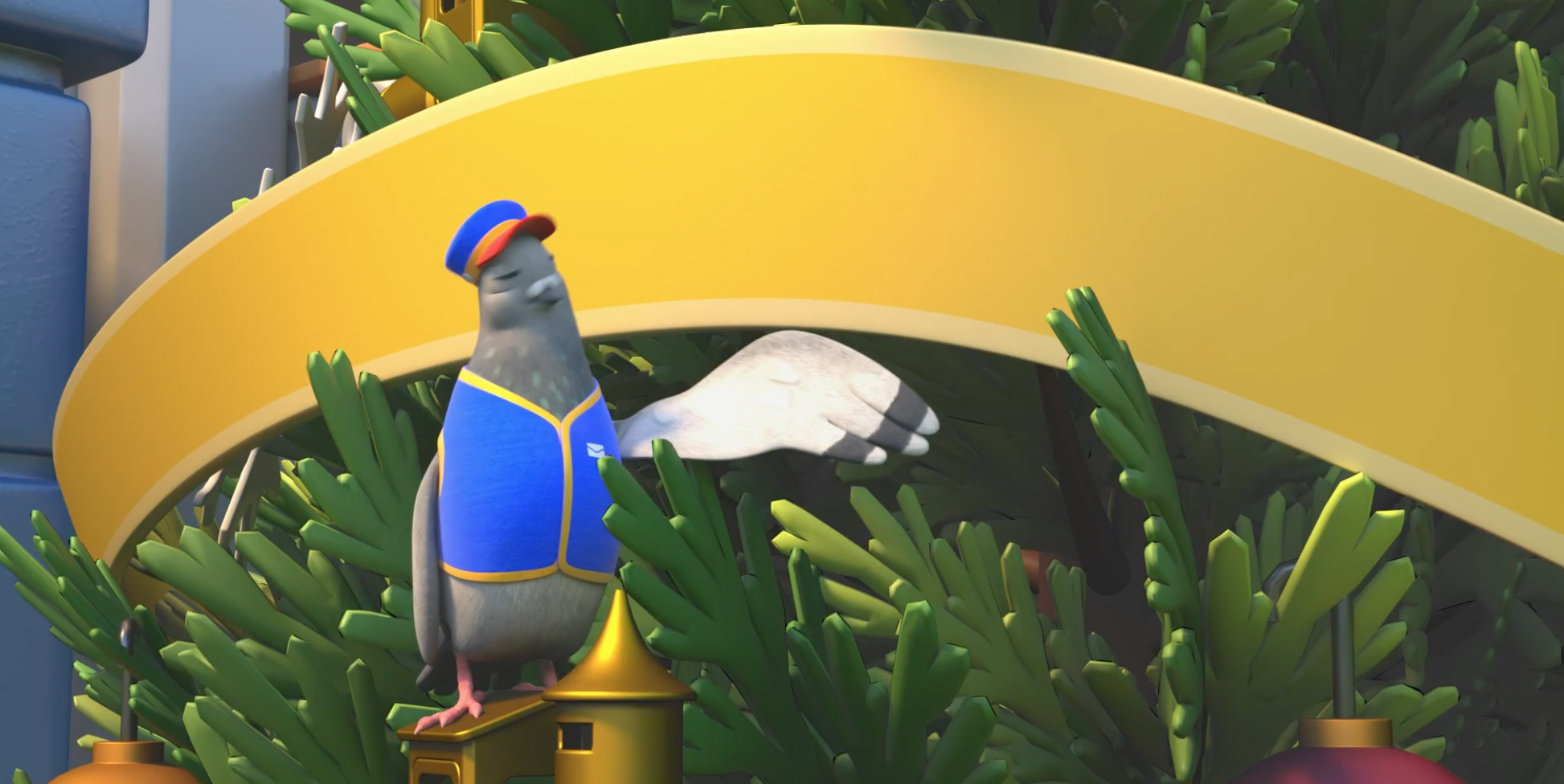 What the kid says:
“I love the guy who is either a pigeon or a bird.” Same, dude. Same.

Last but certainly not least, the episode (and the series in general) offers plenty of quirky characters, safe slapstick, and of course that unique brand of circumstantial wackiness that kids just love. 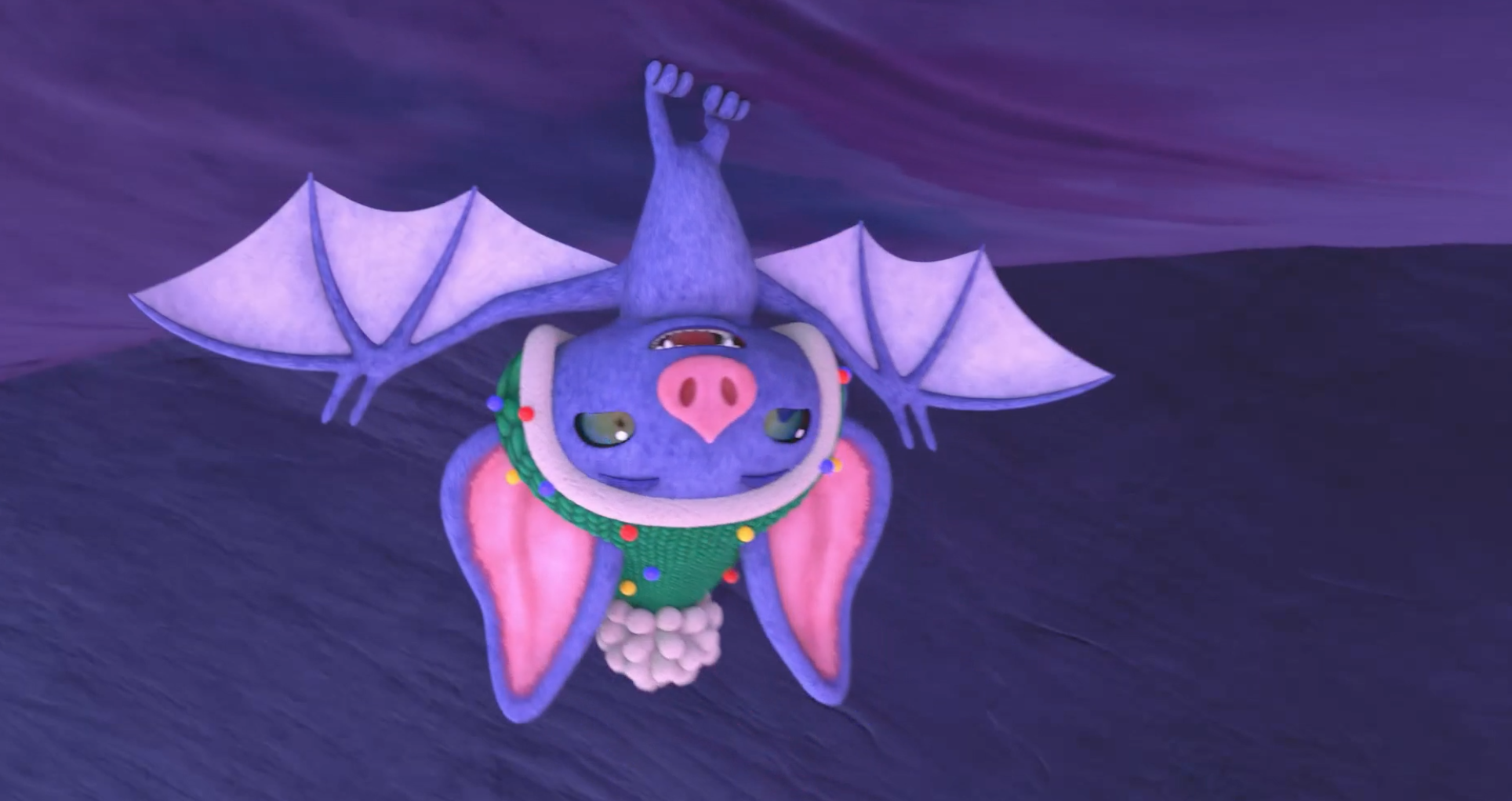 What the kid says:
“My MOST favorite part was when the bats were upside down — no, when the bats were wearing hats! When the bats were upside down and wearing hats because YOU KNOW BATS DON’T WEAR HATS!”
And then he fell off the couch laughing, so a happy ending for all.
This holiday season, the Mighty Express world is getting extra festive and magical with fairy lights, fluffy snow, Christmas trees and even snowmen! Get into the holiday mood and extend learning beyond the big screen. Learn shapes, numbers, colors, and refine math, fine motor and problem solving skills all while completing fun missions and games in the Mighty Express App now available to download for free from the Google Play or Apple Store.
This article was created by SheKnows for Mighty Express.
Once you’ve got your holiday viewing set, kick off your holiday shopping with these toys.