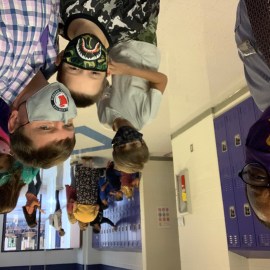 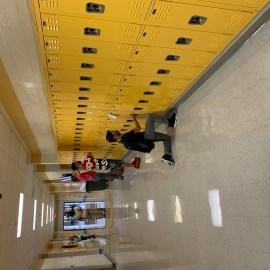 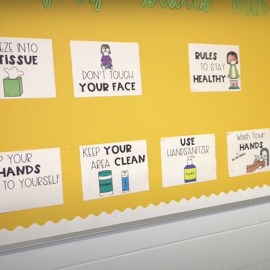 One has to only glance at the photos and letters of Presidential transitions past that are circulating around the internet right now to get an idea of just how abnormal things are in and around the White House these days. From George Bush’s eloquent hand-written letter to Bill Clinton as he passed the presidential torch in 1992 to the photo of Sasha and Malia Obama gallavanting with the Bush girls around the West Wing, it’s clear that this post-election week used to go…very differently than it is today, with President Donald Trump still refusing to concede to President-Elect Joe Biden nearly a week after Biden’s victory.

In case a whole whopping contested election wasn’t enough Trump drama for one week, The Jewish Telegraphic Agency is now reporting that Ivanka Trump and Jared Kushner pulled their kids — Arabella Rose, Theodore James, and Joseph Frederick — out of the school they’ve been attending since 2017, the Milton Gottesman Jewish Day School in D.C. The school released a statement Wednesday that “They withdrew from the school,” but that was all the info shared.

The Milton Gottesman school community, however, shared another story; multiple parents of the Kushner kids’ classmates spoke with the JTA to indicate that the Trump-Kushner families’ refusal to comply with CDC-recommended COVID-19 protocols regarding mask-wearing and social distancing had pushed other parents to take action.

“There was concern for the safety of children because it was very clear the Kushner parents were violating public health recommendations,” one mother told the publication. “At the same time of rising cases in the states and children going back to school, we were seeing the Kushners violating quarantine requirements.” She also explained that when Donald Trump contracted COVID-19, the Kushner family did not disclose when/whether their kids had been in contact with their grandfather during his illness.

White House Spokeswoman Carolina Hurley tells SheKnows in an emailed statement that “unnamed sources attacking a family’s decision about what is best for their kids in the middle of a pandemic is shameful. As is true for all families, schooling choices and education are deeply personal decisions and they owe no one, especially idle gossips seeking press attention, an explanation.”

In Bob Woodward’s recent book Fear: Trump in the White House,he quotes President Trump as early as February 2020 stating that COVID-19 was and is “more deadly than your, you know, your — even your strenuous flus.” Yet Trump told Woodward on March 19 that he “wanted to always play it down. I still like playing it down.”

This is in line with what President-Elect Joe Biden stated in a September speech: That Trump “knowingly and willingly lied about the threat it posed to the country for months… He had the information. He knew how dangerous it was, and while this deadly disease ripped through our nation, he failed to do his job on purpose.”

How much the Kushner family participated in this is yet to be confirmed.

The Kushner kids are now enrolled in the Melvin J. Berman Hebrew Academy in Maryland, the JTA reports.