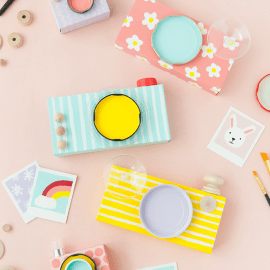 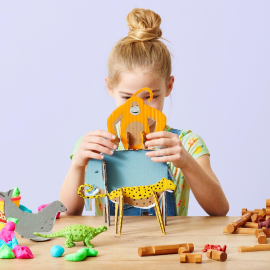 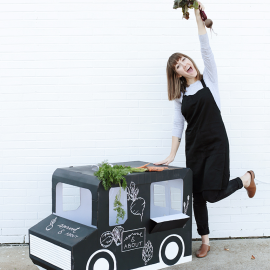 There are certain celebrity parents who take fans along for the ride, sharing the ups and downs and the adorable kid pics via social media. Katie Holmes is not one of those parents. She’s made a conscious decision to leave her daughter, Suri Cruise, whom she shares with ex Tom Cruise, out of the spotlight — and we certainly can’t fault her for making that probably quite healthy choice. But we also certainly can’t help but listen with bated breath when she does choose to reveal a bit about her 14-year-old — and her own life as a single mother.

Holmes wrote a piece for Vogue Australia this week in which she opens up about her experiences as a mother and an actor during this pandemic year. She notes that, for her and Suri, the silver lining of quarantining has been “to live for a moment in time without the pressure of results and instead appreciate the natural rhythms of mother and daughter.”

So what did the mother-daughter pair get up to in quarantine? “Hobbies such as sewing, painting and writing,” Holmes writes, explaining that these shared activities “became new hallmarks of satisfaction” for her and Suri.

But Holmes notes that perhaps the best part was the simple time and space to be a human — a parent — outside of the daily grind of work, commute, travel, socializing, etc.

“Having had time at home to just be. To listen,” Holmes writes, “was the most precious gift.”

Holmes expressed a similar sentiment in August, when she spoke with The Daily Telegraph and also broke her norm of not discussing Suri with publications. “I like to keep her out of my interviews, but I will say that this time of quarantine has been such a lesson,” she told the Telegraph. “Just really looking at everything you have and celebrating the simplicity of making dinner and that time together.”

Of course, Holmes is in a privileged position where she has the resources to enjoy quarantine time as a sort of forced at-home vacation, rather than most of us working parents who have…just had to keep working this entire time, in order to put food on the table. But hey, who are we to begrudge her that? If I had Holmes’ funds, you can 100% bet you’d find me and my kid spending our days sewing and painting, too.