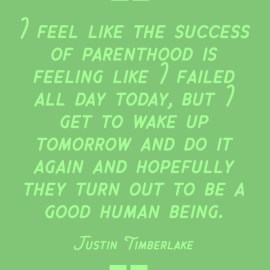 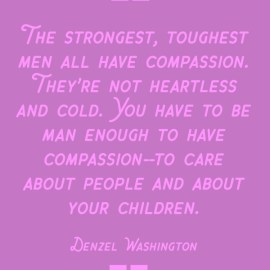 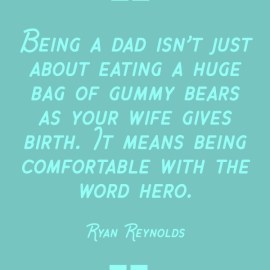 Whether you planned to have a baby or not, finding out you’re about to be a parent is a huge, emotional experience. The way one man decided to handle that initial shock is not very promising for his life as a father, however: He ran away to his parents’ cabin to be alone. And his wife, along with the Reddit community, are letting him know just how selfish he’s being about the whole thing.

“I’d already been experiencing a lot of anxiety about parenthood and have for some time (even some performance anxiety because of it), but when she told me she was pregnant, it kicked into overdrive,” QuickVillage546 wrote in the AITA subreddit about his wife’s planned pregnancy. “I felt like I was going to have a panic attack, but more than that I felt like I just needed to get away — away from her and the situation and to have some time to think about it.”

So, QV did go away for a few days by himself.

“When I came back I felt more relaxed and not as anxious,” he said. “I also had time to really think about the pregnancy and come to terms with it.”

A few things are happening here at once: First, we see someone taking care of their mental health, which is very important, especially when one is about to care for another human being. But second, if this was a planned pregnancy, why is it just now something he has to “come to terms with”? Major red flag for whether he’ll be good father.

And third, we have his wife’s reaction: “She doesn’t feel like what I did was fair since she also has fears and anxieties and she thinks [I] prioritized my mental wellbeing over hers and the baby. I think that’s an extreme reaction, since I only was gone a few days, kept in constant contact with her, and came back in a much better state. I can understand why my reaction was probably not what she wanted, but she did tell me that she wouldn’t object if I felt like I needed a few days to process things.”

Is anyone else feeling worried for this mom-to-be? The person with whom she hopes to raise a child gets up and leaves at the first sign of his own mental distress, even when she’s going through fear and anxiety too. At the very least, it doesn’t seem as if they had the same definition of needing “a few days to process things.”

Let us enjoy Reddit letting the guy have it:

“You do not get to act like this,” kindlefan12 wrote. “The second you signed on for unprotected sex, you accepted that your well-being is now second place. You’re stressed? You’re anxious? How do you think your wife feels? She has a literal human being growing inside of her that is dependent on her for everything and will be dependent on her for a lot of things after it’s out. This isn’t some sort of an abstract for her, it is happening to her literal body and her literal life. And you, the person who agreed to take this journey with her and was an equal contributor to getting it started walked out at the very beginning. … How can she ever expect or know that you will really and truly stick around when things get hard? Do you understand the element of instability you have now introduced into your wife’s life?”

“The whole idea of ‘running away to sort things out’ is highly romanticized in movies and only works in them,” pspspspspps added. “In real life you can’t just fuck off and abandon the people you love to sort things out, especially not when you are now responsible for a baby, for which YOU planned. Normal people go to a shrink.”

“Your reaction sets the tone for what is to come,” HiimYasmin wrote. “And you made it about you and your issues. I believe you should have held it together and been there for her. While you are holing yourself up thinking about your issues, you forgot about hers. Abandoned her in a time when she needed you. While you were being an asshole, I think this can be rectified. Apologize that you weren’t there for her due to your anxiety and make sure she knows that you will be there to love and support her going forward. Good luck. Being a parent is a blessing.”

One dad, mizgg, had a tiny bit of sympathy for the “huge punch of reality to the face” that is finding out you’ll be a father. Still, he didn’t think the guy handled this appropriately: “I have two awesome kids who are now 5 and 9, and I couldn’t imagine my life without them. But many of us have had that ‘oh shit, this is real’ moment yet STILL knew that the right thing to do was to be there with our wives, our partners-in-pregnancy. You’re being selfish and will have to do a lot of hard work to earn her trust back, but you’ve gotta remember, this is a group project and you can’t just take off like that.”

These are all much more measured responses than the many people who said the wife should be making appointments with divorce lawyers and an abortion provider. Let’s all hope things don’t go to those extremes, and that this is all an opportunity for QuickVillage546 to get help and grow up, quickly, so he can put his needs second (and third), and become the dad he needs to be.