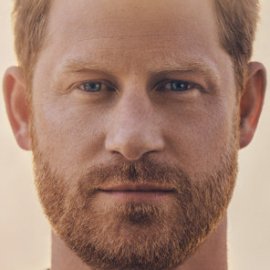 The royal Duchess of Cambridge, aka Kate Middleton, just spent a stealth day out on the town with her eldest kids Prince George and Princess Charlotte, masquerading as regular-ol’ tourists — and hardly anyone noticed. Is this the plot of a Disney Channel Original Movie or what? Or at least a kid-specific revamp of Roman Holiday.

According to The Daily Mail (via Cosmopolitan), the trio’s outing was to the Imperial War Museum, just for funsies. “Kate took [George] and Charlotte there, very much as members of the public,” the Mail reports, noting that most fellow museum-goers didn’t recognize them.

The Duke and Duchess of Cambridge are delighted to share new photographs of their family with @DavidAttenborough. The photographs were taken earlier this week in the gardens of Kensington Palace, after The Duke and Sir David attended an outdoor screening of Sir David’s upcoming feature film 🎞️ ‘David Attenborough: A Life On Our Planet’. With a shared passion for protecting the natural world, they continue to support one another in their missions to tackle some of the biggest environmental challenges our planet faces. This includes working together on The @EarthshotPrize 🌍 the most prestigious global environment prize in history – further details of which will be shared in the coming weeks. When they met, Sir David gave Prince George a tooth from a giant shark 🦷 the scientific name of which is carcharocles megalodon (‘big tooth’). Sir David found the tooth on a family holiday to Malta in the late 1960s, embedded in the island’s soft yellow limestone which was laid down during the Miocene period some 23 million years ago. Carcharocles is believed to have grown to 15 metres in length, which is about twice the length of the Great White, the largest shark alive today.

This “day off” as royals may seem like a novel idea, but it’s actually something Princess Diana was in the habit of doing with her own kids. According to Finding Freedom by royal biographers Omid Scobie and Carolyn Durand, “Diana tried to replicate [normalcy for her kids via] trips to amusement parks and McDonald’s… As a result of her parents’ divorce and difficult childhood, Diana was committed to creating a normal family home.”

Scobie and Durand add that Prince William was committed to carrying on Diana’s approach and raising his kids to be humble and grounded despite their anything-but-normal circumstances: “Like his mother had wanted for him, William desired relatively normal childhoods for his kids, even if his eldest son was destined to be king,” they write in Finding Freedom.<

So while it’s really no surprise that Kate is on board with this tactic, we’ll admit we’re a bit surprised at just how skillfully and easily she pulled off this particular mini-Roman Holiday (War Museum holiday doesn’t quite sound as delightful) with the kids. Here’s to many more stealth outings in the future; we’ll certainly be keeping our eyes peeled.

Keep your own kids safe and respectful while out on the town with these kids face masks.