When the subject of J.K. Rowling’s transphobia comes up among parents of young readers, many often ask whether it’s wise to stop support of all problematic authors — as if there will be nothing left for our kids to read. One answer to that question is Rick Riordan. In a recent interview with The Guardian, the author of the Percy Jackson series and its spinoffs explained quite clearly why he, a cisgender white man, found it so important to write LGBTQ characters into his books.

Related story If I Let My Kid Dress Up as Harry Potter, Am I Contributing to Transphobia?

It all began, not with race, sexuality, or gender diversity, but with learning differences. The central character of Percy Jackson and the Olympians: The Lightning Thief has dyslexia and ADHD, like Riordan’s own son Haley. But as the former middle-school teacher kept writing, he realized that he had an important role to play in providing representation to all kinds of kids.

“[A]s more readers discovered it and wanted to be included in the world, I felt like it was a really special and important opportunity to expand the range of characters in Percy’s world,” he told the Guardian.

So, while some other authors (ahem, Rowling) neglected to write a single gay character into their series, Riordan had one of his main characters, Hades’ son Nico de Angelo, come out as gay.

Q: What has been the best and worst experience of being a well-known author?

Rick: The best is hearing from readers that the books have helped them get through a difficult time…that means a lot to me. The worst is it never gets easier to write a book.#TrialsOfUncleRick #QandA

“I lost some readers on that,” he said. “But some of them came back and told me they’d had a conversation with, say, a brother who they later found out was gay. Nico was the way that we found to communicate with each other, and for me to learn a bit more and to become more accepting.”

In his Gods of Asgard series one main character, Alex Fierro, is gender-fluid and switches between pronouns, because Riordan recalled having gender-queer students in his class.

“I tried to be there for them, but I wish I had understood what those students were dealing with, and had the language and the emotional capacity to help them more than I did,” he said.

“All of the kids that I write about, at one time or another, have been in my classroom,” he added. “I feel very protective of them. I am very aware of my responsibility to do right by them, to make them feel safe. One of the greatest things about interacting with the fans is when they come up to me and they say, ‘This the first time that I saw a character like me and I felt so validated, it helped me through a really rough time.’ To think that maybe, at least in some cases, I had some role in building a sense of acceptance, is amazing.”

He actually makes it sound quite easy.

Someone wrote in the comments of my story about not letting my son dress as Harry Potter that it “seems very tiresome” to make sure everything our kids enjoy pass some test of “moral purity.” Moral purity is most certainly not what I’m looking for — often mere tolerance would suffice — but I guess it would be tiresome if we had nothing but Rowlings to choose from. Thankfully, we actually don’t have to look far to find alternatives like Riordan, and the publishing world is trying to make up for lost time in publishing more diverse authors, too.

The last Percy Jackson book (for now, at least), The Tower of Nero, came out earlier this month. Riordan is currently helping to adapt Percy Jackson as a series for Disney+ and his Egyptian god series, The Kane Chronicles, to Netflix.

If your child is looking for some good fantasy reads, here are some of our faves that feature queer, trans, and POC characters. 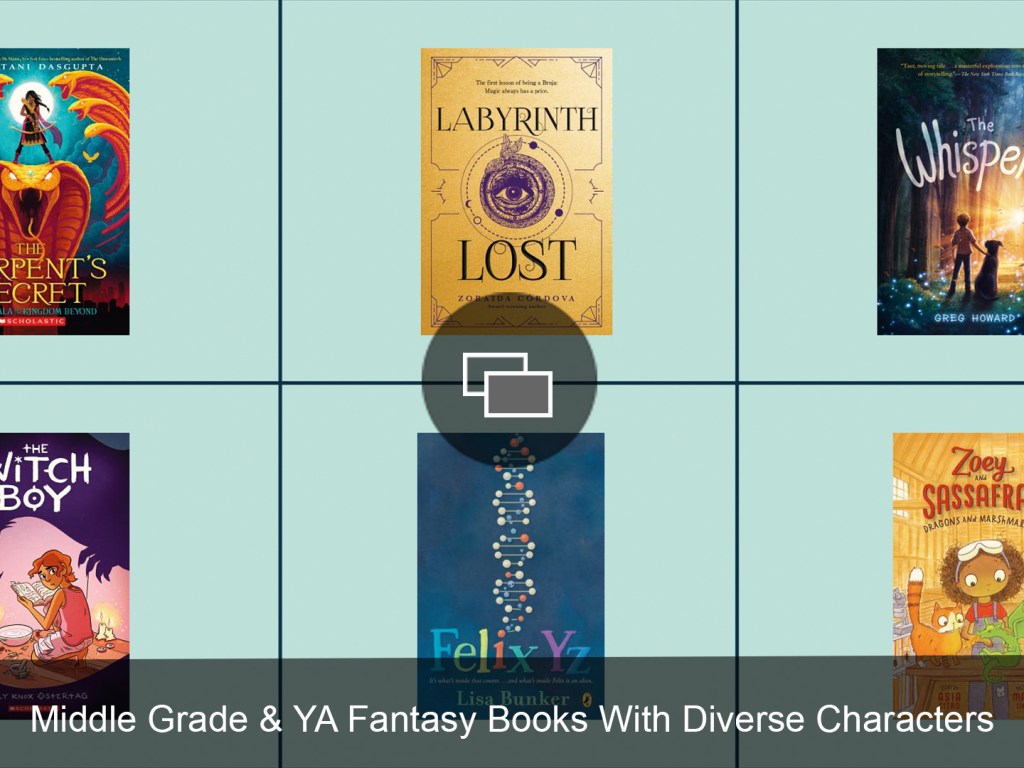 9 hrs ago
by Sarah Showfety