Is there nothing conspiracy theorists QAnon can’t ruin? The latest good thing the cult-y collection of right wingers has contaminated is our kids Halloween costume-shopping experience. Which makes very little sense. If they’re so intent on scaring the world about a supposed Satanic baby-eating cult, why would they dabble in Halloween, of all holidays?

Well, it’s not exactly QAnon who are doing this. This new evil is the brainchild of the many small businesses ready to capitalize on people’s desire for weird and gross things on Amazon. That is where you will find a handful of QAnon kids Halloween costumes, as first pointed out by Twitter user @seanconner2023 and brought to our attention by Fatherly.

Halloween ideas? How about wrapping your child in a cloak of paranoia, fear, and dissociative disorders? pic.twitter.com/86gzJ1K19s

In addition to that white Q cape, there is also a screaming Trump cape modeled by a Black boy (don’t worry about him; the image was almost certainly Photoshopped on, as he also models several other similar nonsensical capes). 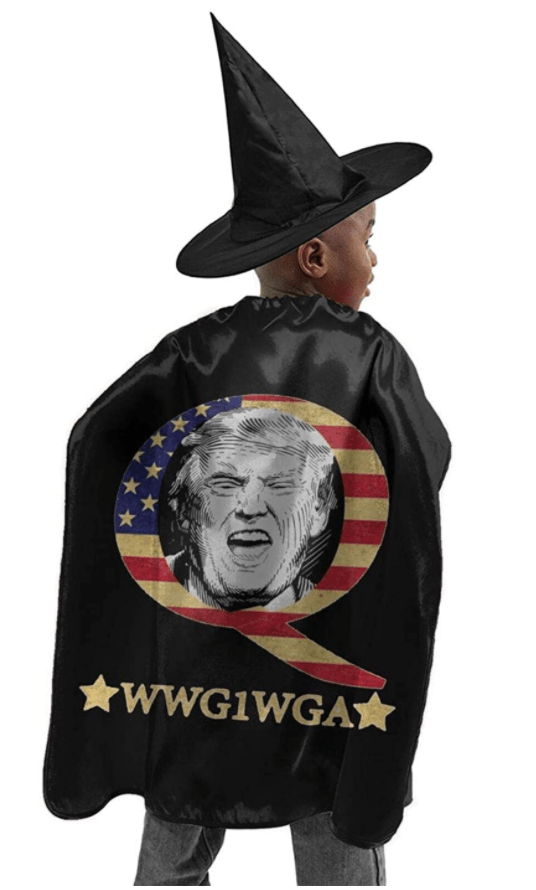 According to CBS News, “WWG1WGA” stands for “Where we go one, we go all,” from the movie White Squall, and I don’t even want to know why so you’re going to have to go down that rabbit hole by yourself.

There are also death cloaks sized for kids and a QAnon eagle witch hat described as “funny.” 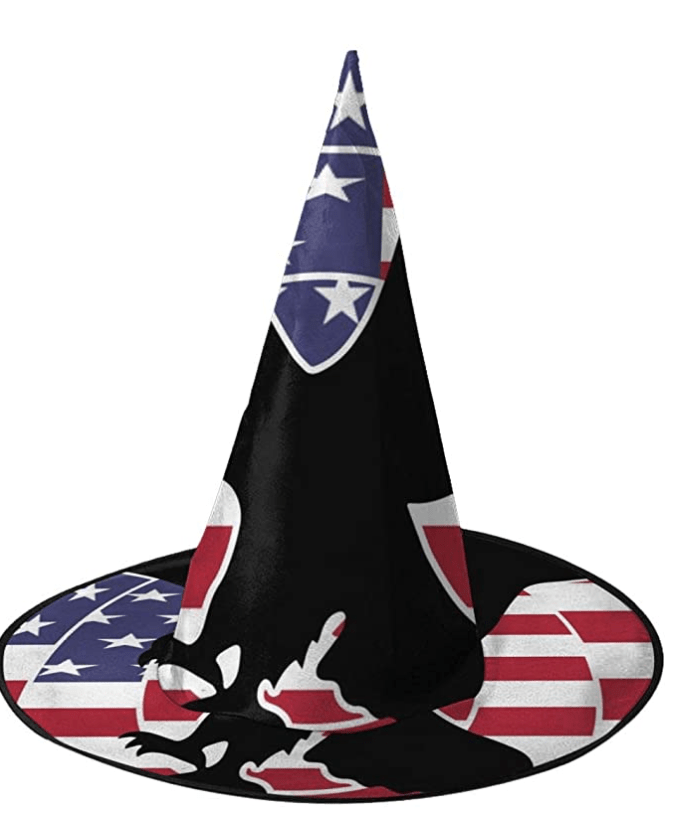 We are very confused about the target market for these costumes. Maybe retailers hoping that QAnon believers will dress their children in these costumes for trick-or-treating. Which, do QAnon peeps shop at Amazon, or is Jeff Bezos one of the people they think kidnaps children to feed to Chrissy Teigen or Hillary Clinton? Or maybe they’re hoping that non-QAnon parents will buy these for their kids to give the neighbors a real scare this Halloween.

Either way, these are quickly going on our list of tasteless, inappropriate kids Halloween costumes that we’d very much like never to see IRL. Fortunately, production on them seems to be a bit slow, and they won’t arrive until November. Oops.

Here are some more kids Halloween costumes that really never should have been made in the first place.

10 hrs ago
by Sarah Cottrell