When Disney+ debuted last year, many mocked the weak label attached to some of the studio’s racist old movies. Calling stereotypical depictions of Black people, Native Americans, Middle Eastern people, Latinx people, and Asians “culturally outdated” doesn’t exactly convey how harmful they can be, especially to young viewers. This week, the streaming service is doing a little more to remedy the situation, but parents are going to have to do some work too.

As of Thursday, when viewers click play on Aladdin, The Aristocats, Dumbo, Lady and the Tramp, Peter Pan, Swiss Family Robinson, The Three Caballeros, and other movies (we have yet to see a complete list) on Disney+ they will first see a 10-second message that says:

“This program includes negative depictions and/or mistreatment of people or cultures. These stereotypes were wrong then and are wrong now. Rather than remove this content, we want to acknowledge its harmful impact, learn from it and spark conversation to create a more inclusive future together. Disney is committed to creating stories with inspirational and aspirational themes that reflect the rich diversity of the human experience around the globe. To learn more about how stories have impacted society, please visit www.disney.com/StoriesMatter.”

So this is a good step forward, because it’s not just about “PC culture” or whatever right-wingers want to whine about, it’s about the harmful impact these depictions have on children, and on the adults they grow up to be. BUT, the work doesn’t end with this message. First of all, a large portion of the audience viewing these movies can’t read. And also, they definitely don’t understand the words “negative depictions” and “inclusive future,” nor can they stroll over to their computers or mobile devices to view that Stories Matter site, which is also very much written for adults.

The onus is fully on parents to take the next steps with their children’s movie-viewing. If you have chosen to let your children watch these films, it’s on you to tell them what the writing on that black screen means. If your child is white, Black, Native American, Middle Eastern, Latinx, or Asian, you have this chance to hit pause and decide if they’re ready to see what comes next. You can take a minute to talk about the Siamese cats in Lady and the Tramp, the crows in Dumbo, and Native Americans singing “What Makes the Red Man Red” in Peter Pan. If you don’t think they’ll understand what’s wrong there, or if you think they’re going to absorb negative messages about how the world sees them, maybe it’s time to switch to something else.

And for those of us who previously felt we had to cancel all of these movies, this label offers a different option. Here’s what I’ve with my own son: I prevented him from watching Dumbo, Lady and the Tramp, and Peter Pan until this year, when he’s 7. Now that he can work our complicated system of remotes and get to Disney+ on his own, he sees all the movies available, and I knew he’d want to watch them. But it would be irresponsible and perpetuating the problem if we let our children watch things in a vacuum. So, before each of them, we talk about those offensive moments. We talk about how they were made by white people who thought it was OK to make fun of people who were different from them, and about what it would feel like if someone made a cartoon like that about him. We use these movies as examples of what some kinds of racism looks like. And most important, we also talk about how this is still happening today.

But then again, if he weren’t mostly white, I don’t know if I’d let him watch those movies at all. There are enough examples of racism in real life; no one needs to be subjected to more of it. For this reason, I’m also glad that Disney’s Stories Matter site includes a pledge to continue to work on making more content that represents all the people in this world. With more movies like that, we won’t need to sit through the racist classics and we’ll instead fill our time with new, inclusive ones.

Here are some ideas of movies to watch with your kids tonight. 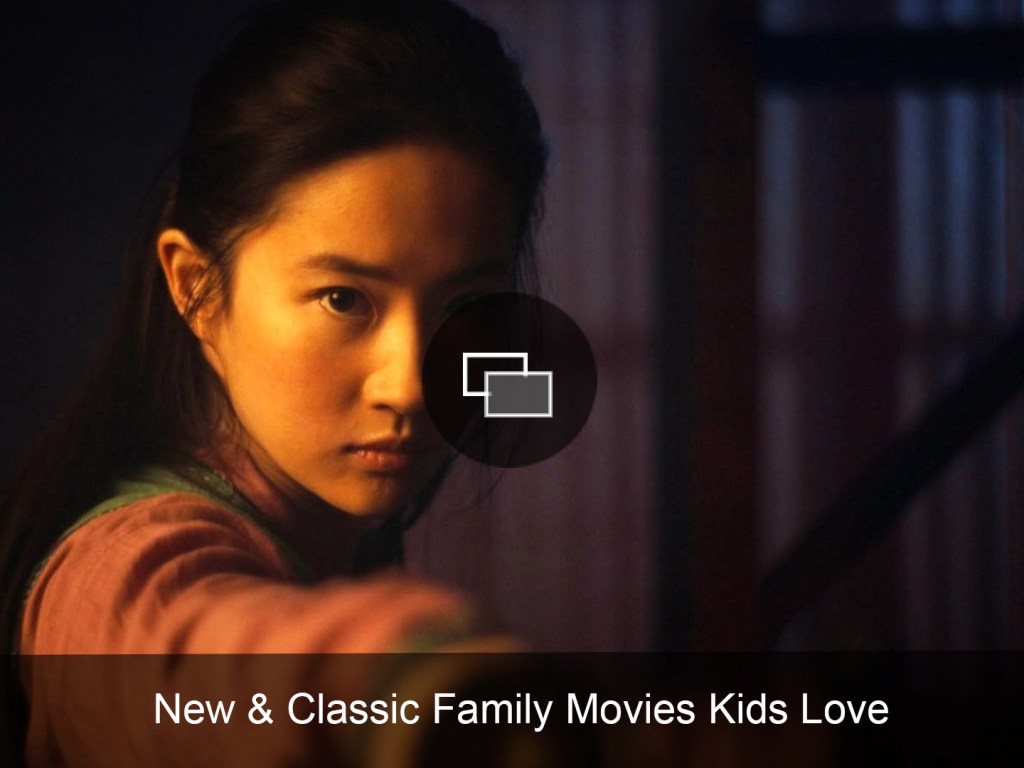 39 mins ago
by Rebecca Padron

Meghan & Harry Are Changing the Way People Name Their Babies