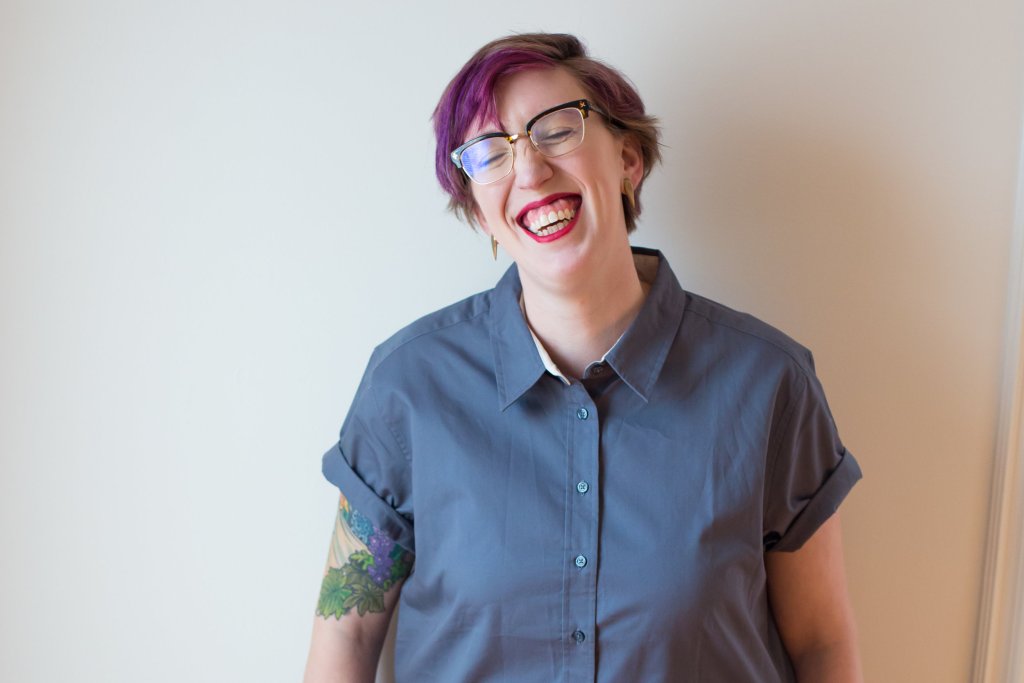 When Jeff Sessions said recently, of ICE’s mission to separate migrant families at the U.S.-Mexico border, that “we need to take away children,” as a foster mother I was hardly surprised. ICE pulling children from their mothers’ arms is a logical extension of the way America treats the most vulnerable on its soil. In attempting to deter illegal immigration by threatening to separate kids from their parents, Sessions is threatening the same treatment that already happens to over two hundred thousand American children and their families each year.

And after three and a half years of foster parenting, I have gone from being a strong advocate for that system to questioning its existence — to being in favor of burning the whole thing down. Abolish ICE, yes. But we need to dismantle foster care, too.

When I first looked into becoming a foster parent, I knew even then that systemic racism in America causes Black children like my foster son to wind up in foster care at a disproportionately high level, due in part to the criminalization of poverty. This means that any child of color who winds up in foster care is likely there at least in part due to the color of their skin; it’s also likely that their parents have lost a child for, at least in part, the same reason. Addiction may sometimes play a role; other times, it’s abuse or neglect. But the disproportionate nature of removals means that the whole system, when it chugs along as it does, grinds up families of color more than others. This is the sand that modern foster care is built upon.

After years of foster parenting, I’ve gone from being a strong advocate for the system to questioning its existence — to being in favor of burning the thing down.

I thought that I could participate as One Of The Good Guys in the same way a cop might think that they can participate in policing and be One Of The Good Guys, even when the whole system is set up in a way that allows it to do what it does best — whether that’s policing people of color or separating parents of color from their children — regardless of the intentions of individuals.

I want to be clear that I love social workers; as a public librarian, I think we share many of the same qualities of wanting to help others, often for unreasonably low pay. But the system as a whole is, by design, uninterested in that. It’s why the race of a cop doesn’t matter; the system itself is set up to behave in racist ways. My participation as a “Good Gal” foster mom makes me a participant in something that disproportionately harms Black people, full stop.

But, of course, it gets worse.

White women like me have a long history in this country of using our privilege to take children from Black, brown and Indigenous women. This has happened as recently as the tragic case of the Hart children, whose biological family fought to keep them and lost — and as far back as during slavery, and likely before. The foster care system, while theoretically set up for reunification, is also organized to weigh the opinions of white women over others. For example, Court Appointed Special Advocates (CASA) are most often white women with time on their hands to volunteer — and yet even as volunteers, not professionals, their words matter in foster care hearings. This is the crooked house built upon the sand.

The foster care system is organized to weigh the opinions of white women over others.

There have been attempts at reform. Oh, so many attempts. Take the Adoption and Safe Families Act (ASFA), which is often held up as an improvement with its 15- to 22-month benchmarks that are intended to shorten the length of time children spend in foster care by promoting adoption at those points in time. But even Jerry Milner, Associate Commissioner of the U.S. Children’s Bureau, wrote in a 2020 article that “child development and bonding will be used in arguments not to return children to their parents and to expedite adoptions in instances where families did not have a fair chance.” Not only that, but when we talk about justice, whose justice are we talking about, really? Are we talking about justice for children, to not languish in a deeply harmful foster care system, or justice for parents for the right to parent their children?

If a parent is addicted, we know now that the 15- to 22-month benchmarks, according to Milner, “do not reflect what we know about treatment and recovery and do not reflect the contextual factors that are directly relevant to successful reunification, such as the availability of quality services and treatment and a family’s ability to access services timely and effectively. The decades that have passed and research lessons learned have revealed the timelines as lacking alignment with what many children and families need.” Justice is denied when parents who have lost their children to the foster care system cannot reasonably get them back. This is the crooked house built upon the sand sliding backwards towards the waves.

Foster care is also one of the leading paths to trafficking, according to a recent article by reporter Michael Hobbes, who wrote, “Despite the persistent myth that human trafficking ‘could happen to anyone,’ most victims are undocumented, homeless, in foster care or otherwise marginalized. Most sex trafficking happens to a relatively small group of high-risk young people,” said David Finkelhor, the director of the University of New Hampshire’s Crimes Against Children Research Center. “We could do a lot more to prevent trafficking by addressing those vulnerabilities — like family abuse, neglect or foster care placement — directly.” And yet foster care remains unchanged, and youth who age out often face homelessness. This is the crooked house built upon the sand sliding backwards towards the waves and filling with water, with fire, with ash, with salt.

To recap: This system disproportionately catches more Black and brown children in its nets. Then, it elevates the opinions of volunteers like CASA workers who are overwhelmingly white, privileged women who cannot — any more than any of us can — be without implicit bias. Then, it creates benchmarks based on unjust timelines that parents cannot reasonably meet if they are battling addiction, which is an ever-increasing reason for removing children from their parents in the first place. Then, it subjects children to a system that often leads to homelessness or imprisonment.

No amount of Good Guy Social Workers or Good Gal Foster Moms or well-meaning laws or CASA workers or single tweaks to the system can fix this. The house was on fire, and now it’s sliding into the sea, and still, every day, children enter it. We need to dismantle the current foster care system, strip it down to its bones, and then rebuild something more fair, just, and humane that protects children and helps whole families heal. There are ways to do this if funding were increased (by, ahem, defunding the police and abolishing ICE): family-based treatment centers could become a standard of care; kinship care could be more monetarily incentivized; generous trusts could be funded that become available to youth upon adulthood, in an effort to curb homelessness.

There will always be children who need help, but the system is not set up to serve them justly or kindly — not if that same system is being used as a threat, like a sword of Damocles dangling over the head of every Black and brown parent, whether they’re a citizen or an undocumented immigrant.

Here are more (famous) parents who are committed to combatting racism.