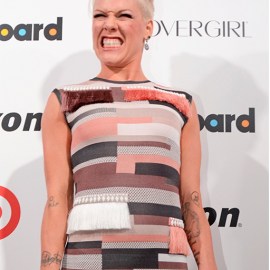 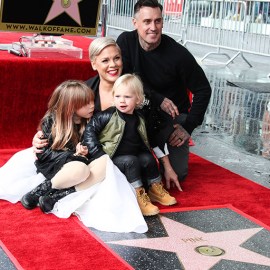 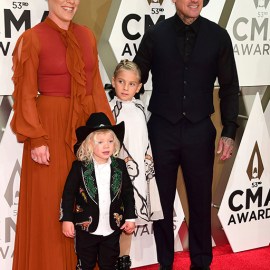 When Carey Hart shared a video of his and Pink’s daughter Willow shooting a gun back in early 2019, the critics had plenty to say. Yet Hart isn’t backing down, and continues to be an advocate of educating kids about guns and, most importantly, gun safety. And that may be precisely why he’s voting for Joe Biden for President.

This week, Hart shared a few photos and a video clip on his Instagram of his and Pink’s kids, 9-year-old Willow and 4-year-old Jameson, shooting firearms during some target practice.

“Fun morning shooting w/my kids!” he captioned the post. “Willz is getting seriously good w/ the rifle and handling of a firearm. And Jamo absolutely loves shooting! And the rate that he is processing the handling of them, he makes me proud. I’m a firm believer in teaching my kids to shoot, but more importantly, handle a fire arm. No better sound than the bullet of your kids gun plucking a steel target at 30 yards,” Hart concluded, adding a few rock-n-roll-hands emojis.

Well, we personally can think of quite a few “better sounds” but hey, it’s clear Hart is making safety a priority when teaching his kids to handle guns. Which probably plays into why, as he explained following the post, he’s voting for Biden — who has committed to closing various dangerous loopholes when it comes to federal background checks for gun ownership, as well as keeping assault weapons off the streets and reducing weapons stockpiling. It’s worth noting, however, that none of these plans nor any aspect of Biden’s commitment to increased gun sense and safety translates to “democrats…will take our guns away,” as one commenter mom tweeted in response to Hart’s photo.

It's badass you are teaching your kids. Which is why I'm so confused you would support the democrats who have stated they will take our guns
Unless only the rich will be allowed the privilage. Let that sink in as to why people will vote Trump.

Luckily, Hart is educated enough to know the truth. His response was admirably measured: “1st they don’t want to take your guns, and why has none of the 44 before been able to take them?? Second I’m a republican who hates Trump, so I have no choice.”

He’s not alone; plenty of high-profile Republicans, from John Kasich to Colin Powell to Cindy McCain (John McCain’s widow and Meghan McCain’s mother) have revealed that they support Biden as a candidate over Trump. Which is unsurprising, given Biden’s track record of working in a bipartisan manner — and Trump’s track record of working, well, poorly with everyone. To put it kindly.

You don’t have to be like Carey and teach your own kids to hunt. But you, too, must teach your kids the importance of voting. This year, it’s truly a matter of life or death for far too many.