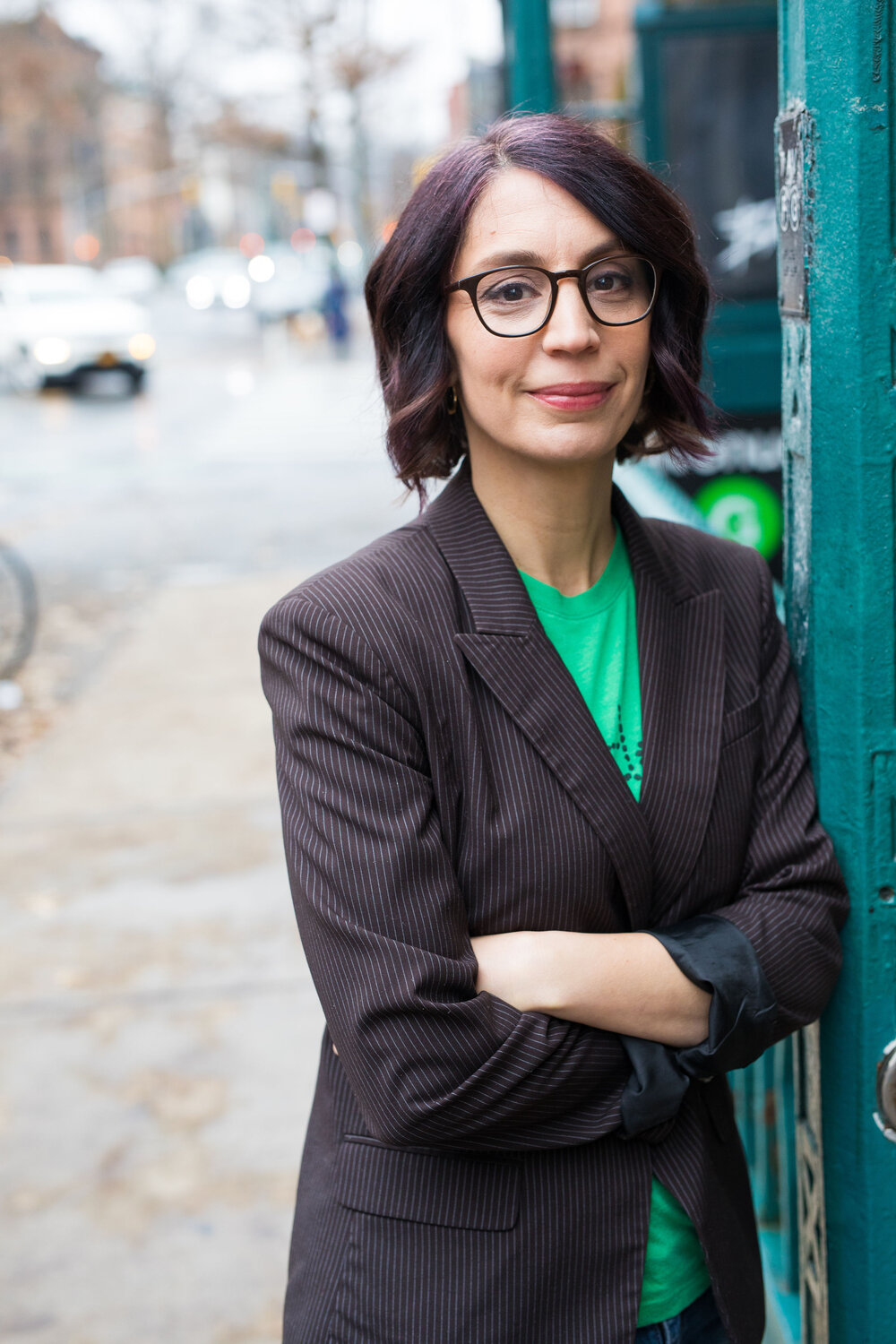 Now that “school” has started, which many days includes less than an hour of synchronous instruction for my third grader, I am starkly aware of my choices. I can give up my 17-year career as a freelance writer and help her stay engaged and educated, or keep writing and let her flounder in the flaccid offerings of New York City public schools — or, let’s be honest, Roblox.

Women everywhere are facing this choice between bad and bad — and that’s if they’re lucky enough to have choices. Men (including, clearly, President Trump) may be more susceptible to COVID-19 than women, but women are more likely to leave their jobs because of it. Women on average make 81 cents for every man’s dollar; women of color make far less. If one person has to give up working, it’s likely to be the woman in a two-parent, different-sex marriage. The Victorian Cult of Domesticity, which dictated that middle and upper class women remain subservient and in the domestic sphere, seems to be making a comeback, forcing throngs of women back into traditional roles as housewives.

Lying in bed one night in a cocoon of anxiety, I wondered: What if that’s what Republicans want? What if that’s the lifeblood of their policies and reactions (or lack thereof) to the novel coronavirus?

Meanwhile, Trump has complained when female reporters questioning him weren’t more like demure 1950s housewives — the kind of women, he infamously tweeted, who will be voting for him in November. Considering that he calls women who defy him “nasty” — code for women with ambition, with education, with skills — maybe his goal is to create more suburban housewives. Ironic, considering his Supreme Court pick to replace Ruth Bader Ginsburg is a career-driven woman — but one who is beautiful and weirdly wants to roll back women’s rights even as she ascends to heights rarely before achieved.

Ruth Bader Ginsburg is thought to have coined the term "gender discrimination.” “In the 1970s, when I was at Columbia and writing briefs about distinctions based on sex, and writing articles and speeches, I had a secretary, and she said, ‘I've been typing this word sex, sex, sex, and let me tell you, the audience you are addressing—the men that you are addressing’—and they were all men in the appellate courts in those days—'the first association of that word is not what you're talking about,’” RBG told the @nytimes. “’So I suggest that you use a grammar book term; use the word “gender.” It will ward off distracting associations.’” And of course, #RBG went on to win the most critical cases about sex-based discrimination this country has yet known. But it also cemented confusion about the meaning of gender, the way it is sometimes used as a synonym for sex. That’s not uncommon—it’s been that way for centuries. But at the time RBG used it, gender was also more commonly being used as a term for expectations, stereotypes and norms based on sex: the social meaning of sex. Meanwhile, a third definition was in circulation, one that meant identity. What does #gender mean? I’ve been asking people that, talking to people about that, trying to get people to talk about that, because I think this whole #JKR-#terf-#feminist-#trans culture war is fueled by misunderstandings. Well, maybe not misunderstandings. Different understandings. And people have different reasons for wanting their definitions to be the accepted ones. What are we going to do? When is this going to get better? When will there be more understanding? What did #RBG think of the trans/feminist culture wars? What did she think of the word TERF? What if we came up with a different word for #sex, one that was about bodies, but without erotic connotations? What if we came to some agreement about what gender meant? What if we interrogated meanings of identities, and how we formed them? What if we stopped fighting, and started learning? What if we learned to think, and to think about how we formed our ideas of normal and right, and interrogated them, and focused on being peaceful instead of correct?

Those words, “suburban housewife,” conjure up a very particular image of a white, heterosexual, middle class stay-at-home mother in an hour-glass dress and styled hair, mixing a cocktail for her husband after work — someone who doesn’t need or want to work. They conjure a long-defunct economy in which a single earner can float a family financially, a time of suburban expansion and white flight that fueled inequality and segregation. They conjure a time when women who had cast off their dresses and rolled up their sleeves to work as Rosie the Riveters in the 1940s were told to go back indoors in the ‘50s, to forget their power and keep their contribution domestic.

The pandemic is replicating some of those demographic shifts. Because children with a mother and father tend to seek help and attention from their mothers first, mothers’ work is impacted more than fathers’. Mothers have spent 15 hours more a week than fathers on education and household tasks since the pandemic began, per a report from Boston Consulting Group. And because all women are more likely to be Democrats, liberal-leaning women’s careers are more likely to be affected by the pandemic. The U.N. reported that “even the limited gains [women have] made in the past decades are at risk of being rolled back.”

While I do not want to be a housewife, I honor those who make that choice. But I’m not sure how many people have that luxury of choice. Some women are essential workers, and can’t stay home. Others can’t work because they can’t make more than the cost of childcare. And if these old fashioned white suburban housewives are Trump’s target voters, there aren’t many of them left. According to Pew, the largest groups of stay-at-home moms are Hispanic (38% in 2012) and Asian (36%). Some 26% of white mothers and 27% of Black mothers stayed at home. Among immigrant mothers, 40% stayed at home, as opposed to 26% of moms born in the U.S. The less educated a mother is, the less likely she is to work outside the home. Thus, many stay-at-home moms are doing so because they have few other options. Meanwhile, the suburbs have grown increasingly racially diverse.

I don’t want to give in to the false dichotomy Trump has created: work or parent, nasty or housewife.

The pandemic will force many women who don’t fit that newfangled suburban housewife profile — poor, non-white, immigrant — into the mold. Educated, white, middle-class women like me who did have options before have only two now: stop working, lose income, and focus on the kids, or keep working and neglect them. Women of some means now have to make the same heartbreaking choices that women without have always had to: money or time. Job or attention. Worker or mother. The truly wealthy, meanwhile, can still have a staff and hire private teachers; they can remain, to a certain extent, immune.

Perhaps the more stay-at-home mothers the pandemic creates, the more of a chance Trump thinks he has of winning again. But resetting the clock on women’s progress, and forcing a nation of formerly-working women into indentured motherhood will not make women docile or demure. It will make us seethe. It will make us more demanding, resolute and aggressive. It will make us revolt.

Staying employed, sane, and present for my kids is completely impossible without the buttressing of institutions like public school — it was already almost impossible before the pandemic, without universal childcare and paid family leave. I can’t hold the architecture of my life and my family together and be productive. But I don’t want to let the virus, or the Republicans, win. I don’t want to give in to the false dichotomy Trump has created: work or parent, nasty or housewife.

For now, I’ll do it all, and I’ll do it all badly. All the while I’ll be hoping that women break free from their retro domestic chains long enough to vote Trump out of office.

Keep COVID-19 and white supremacy at bay by buying these kids face masks by Black-owned brands.