Since shortly after the birth of her second child in less than two years, we have been in awe of Bekah Martinez’s ability to tandem breastfeed her two babies at once. But some people in this world don’t want us to have nice things — like mamas who can nourish and love their children. Apparently, the Bachelor alum still gets nasty comments about the breastfeeding photos she shares on Instagram, and she’s not having it.

In particular, it seems that these busybody critics think Martinez should stop breastfeeding 20-month-old daughter Ruth.

“I’ve said it before and I’ll say it again: there is NOTHING weird about feeding and soothing my toddler via breast,” the Chatty Broads podcast co-host wrote on Wednesday. “There is NOTHING wrong with sharing it via social media.”

I’ve said it before and I’ll say it again: there is NOTHING weird about feeding and soothing my toddler via breast. There is NOTHING wrong with sharing it via social media. So many moms stop breastfeeding earlier than they want because of stupid pricks like the people online who comment “isn’t she a little too old?”, “we get it, you breastfeed” or even “that’s disgusting 🤢” You wanna talk facts? Let’s talk facts. -The AAP states “There is no evidence of psychologic or developmental harm from breastfeeding into the third year of life or longer.” -The AAFP says “It has been estimated that a natural weaning age for humans is between two and seven years.” -The WHO states “Breastfeeding continues to make an important nutritional contribution well beyond the first year of life as a significant energy source and by providing key nutrients.” So sorry. Not accepting any uneducated, ignorant or self-righteous puritanical bullshit today. Bye. Gotta go nurse my 20 month-old. photo by my fave @e__miranda__

Not only is Martinez proud to be able to feed Ruth and 2-month-old son Franklin, but she wants to share that she’s doing so in order to help other breastfeeding parents feel good about doing so.

“So many moms stop breastfeeding earlier than they want because of stupid pricks like the people online who comment ‘isn’t she a little too old?,’ ‘we get it, you breastfeed’ or even ‘that’s disgusting 🤢'” she wrote, before sharing quotes about the benefits of breastfeeding toddlers.

Not only is breastmilk still nutritious to toddlers, but she and her daughter are enjoying an emotional connection that she’s not about to give up just because some randos on the internet have opinions.

“So sorry,” she continued. “Not accepting any uneducated, ignorant or self-righteous puritanical bullshit today. Bye. Gotta go nurse my 20-month-old.”

For the most part, the comments section of her post was filled with support and cheers, though of course there were still a few hand-wringing folks who expressed faux concern over what will happen when Ruth is older and sees these photos out for all to see. Um, she’ll see evidence that her mother loves her?

There was also this exchange with a mother who was unable to breastfeed her son.

“It’s absolutely not that I ever have any problem with [breastfeeding] but the cherry picking of medical information can very easily make those of us that are simply physically incapable, feel like shit,” @jess.baebenroth wrote. “It’s not that I think it shouldn’t be shared because it should! It’s the language around ‘breast is best’ with breast feeding photos that can be troubling for people like myself. I feel like I’m a fairly ok mom and my body just wouldn’t do it. I’m probably not prepared for the hate that will come from this comment but there simply is another side that quietly grieves, even 11 years later, that makes me wish this just wasn’t such a competition.”

Martinez replied to her compassionately.

“I completely understand where you’re coming from!” she wrote. “The medical information provided is in response to societal resistance against ‘extended’ breastfeeding, not as a weapon to be used against formula feeding. ♥️ No competition here. I’m glad you had other options to nourish your baby and I’m sorry you’re grieving. ♥️”

We love to see moms coming together like this! 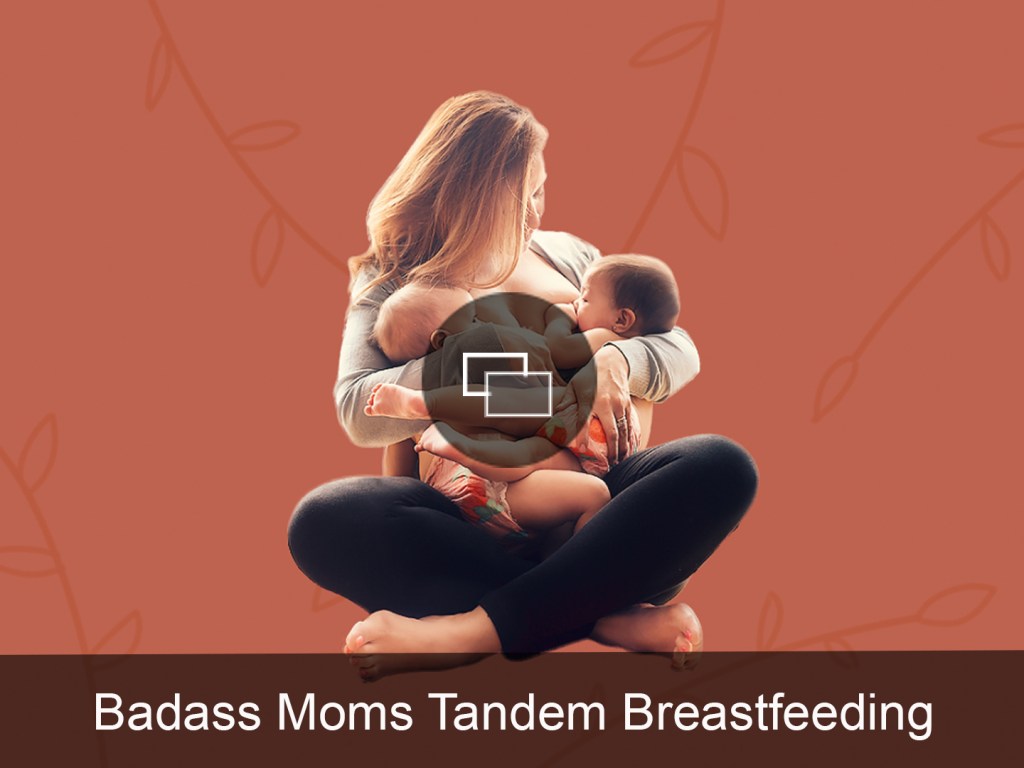 22 hrs ago
by Racheal Pulver