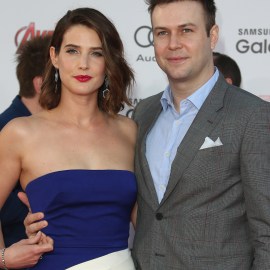 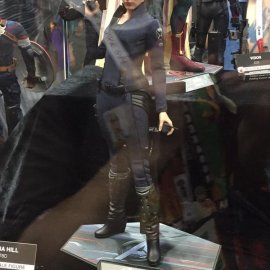 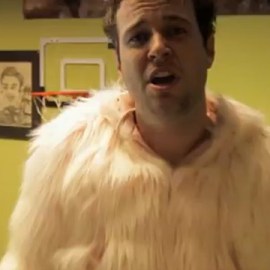 It’s definitely difficult for us not to begin an introduction to Cobie Smulders with, “Haaave you met Robin?” So we didn’t! I mean, we didn’t say that to her, we’re just saying it right here, just for you. Thank you for bearing with us.

Smulders has come oh-so far since her days (15 years ago!) as Robin Scherbatsky on How I Met Your Mother, back when we were first smitten by her wit and warmth and Canadian accent. Since then, the actor, activist, ovarian cancer survivor, mom of two, and brand-new U.S. citizen (congrats / we’re sorry?!) has appeared in a half dozen Avengers movies and is now starring in the ABC crime drama Stumptown. And this September, aka National Cleanup Month, Smulders is partnering with Planet Oat to hit the hiking trails and pick up litter. Because, ICYMI, our current administration has been doing a pretty crap job of taking care of U.S. forests and Mother Earth in general — so it’s on all of us to pitch in and help save the planet.

So what helps Cobie Smulders get through her days acting, parenting (she shares daughters Janita and Shaelyn with husband Taran Killam), and literally saving the earth while she’s at it? Good reads, hikes, nature documentaries, showtunes, sustainable fashion, indie vegan play dough, and all things Etsy. Below, she shares her favorite items for #MomLife — and no, none of them are a blue French horn. Sorry.

“I love this podcast called The Big Ones with Maria Blasucci and Amanda Lund, who take this big question or hypothetical question and ask you what you would do when that happened. They are very funny and have great guests and it’s very lighthearted… I also like Revisionist History by Malcolm Gladwell. I like listening to that too when I feel like educating myself. He is the best.”

The snacks I always keep on hand for my kids

“We are a big nut family, and we try to get protein in these children whenever possible. It’s usually like, a trail mix type of thing, or sometimes if I am feeling like I have the energy I’ll make little date, nut, and oat balls, but they sometimes don’t eat them. The protein balls and a glass of oat milk is something I always have on hand. Just like, buy oat milk and enjoy it — live your life and drink that oat milk.”

The non-screen toys that keep my kids occupied

“Mostly all outdoor activities, like pool time. Also going hiking, biking around the neighborhood etc. We have been spending so much of our free time outdoors and are passionate about protecting and preserving the planet. National Clean Up Day is a great way to be outside with your family while helping to clean up trails and parks.”

I’m partnering up with @planetoat on the #PlanetOatProject, a partnership that is committed to protecting our earth’s land, wildlife and waters. In celebration of National CleanUp Day on September 19th, we are joining forces with @cleantrails to help keep our community free of litter. Visit the link in my bio to register and Planet Oat will send you a Clean Trails Kit to help beautify your community.

The books my kids are currently obsessed with

“We are doing Harry Potter right now with one of them, which is great news for us because we get to read them all again. And a lot of graphic novels like the Keeper of the Lost Cities is what one of mine is really into right now, and also I am reading The Diary of Anne Frank which is actually really fascinating to read during this time, [to] think about history and think about what people have gone through before and be grateful.”

The books I’m reading myself

“I have been reading like crazy. I just got How To Do Nothing by Jenny Odell which is apparently is very good; I haven’t started it yet, but that’s my next one. I did just finish Educated by Tara Westover. Educated was so good — it was such a good book. It’s a biography about a woman growing up in Idaho, pretty strictly Mormon. It’s just really really great.”

The apps that make my life as a parent easier

“I’ll use The Story podcast, so we will do that if we are doing big drives, just to get out and go hiking. I will put a story on, and that’s really helpful. And you know what’s a great app? It’s called Picture This, and basically you can take pictures of any plant out there, and it will tell you what kind it is, where it came from. It’s really cool. So I’ll go hiking with the girls, and I don’t like to have my phone out the whole time, but it does get them get interested in, what kind of plant is this? Also if you’re a gardener, which I am, and your plants always die, which mine all do, it will tell you what they think is wrong with it. It’ll be like, ‘It’s probably this bug or heat or overwatering.'”

💜Challenge Accepted!💜 Women supporting women. Always. I am nothing without the love and support of the women in my life. Thank you to the women who challenged me to post this picture @lulujeans @styledbybrianalynn @jodigottlieb1 @jostrettell (it took a minute Mama hates a selfie) and the ones in my life who challenge me to be my best. Let’s continue to uplift each other and inspire the next generation of little women to reach even further. #womensupportingwomen Please go to @auturkishculturalclub to learn more about what is happening in Turkey that started this movement and how you can help. See stories as well. Seek out the women who need a help in your community and around the world. I’d like to send this challenge to the kick ass women in our Stumptown writers room @monicaowusubreen @louweezy7 @emilysilver29 @hcmcadams

The TV shows I actually enjoy watching with my kids

“Can’t watch I Will Destroy You with the kids…um, we were really into The Great British Baking Show, we splurged every episode. I make them do a lot of documentaries. Worst/best mom ever. Lots of documentaries on nature; there’s a really good documentary called The Biggest Little Farm. It’s really good for the kids. It’s about this married couple in Los Angeles who made this plot of land an hour outside of the city and they start a farm. So it’s about the grind of that: the soil, the fires sweeping through, the animal drama, and it’s really interesting because it sort of highlights a mini ecosystem because of the way that they have built their farm. I believe it’s called Apricot Lane Farms. It’s its own ecosystem; it’s basically rotating crops. As opposed to, now, commercial farming is like ‘we are growing avocados’ or ‘we are growing oranges’ so there is no diversity. So if something comes in and kills everything, then the food is dead. But the show shows what should be happening more in a natural environment, and the kids go like, ‘Ohhh, so the ducks eat the snails that were eating the trees and then the trees make the fruit.’ So it’s very cyclical and is a good one for them.”

“The type of music that I can hang with the most that they play a lot is like, musicals. We’ve been into Hamilton since the beginning, which, again, I don’t mind, but we’ve kind of cycled out of that and now we’re in an Annie cycle. Which is… it’s okay? On repeat it’s a little much. But it’s better than ‘It’s Raining Tacos.'”

The under-the-radar kids brands I love

“There’s a website called Pact which has a lot of organic, sustainable clothing, which I really like. And they’re super cozy and comfortable, and the kids really like them. That was a really good one I found. I also found this really great play dough; it smells so good. It was on Etsy: Earth Grown KidDoughs. It’s totally non-toxic and vegan. It lasts for 12 months, and I got every color. They even had this cool thing, a skin tone set where they had different varieties of skin colors, which I thought was really fun to play with in terms of molding characters — and it’s very earth friendly. They seem like they are a really sweet company. And also just, Etsy for everything. I am such a supporter of all small businesses.”

To get even more parenting recommendations, click here to read about the other stylish moms featured in our Momsessed series. 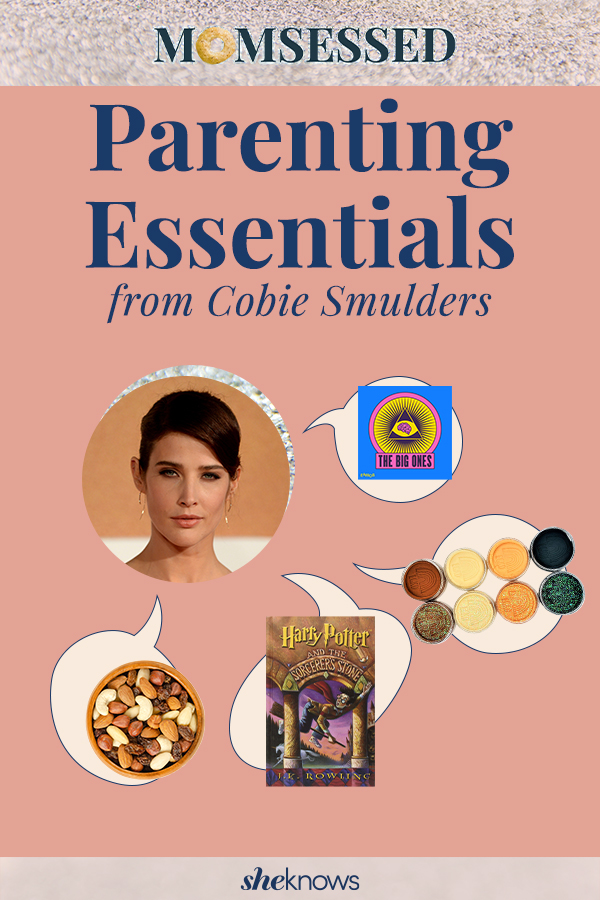