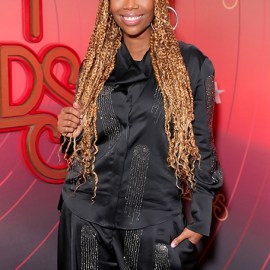 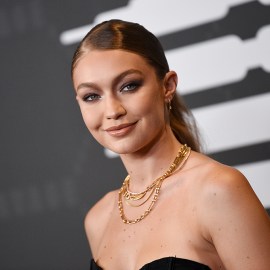 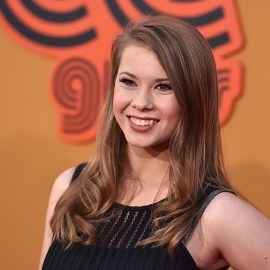 Celebrities Who Had Babies at a Young Age 21 Images

Is anyone else in awe of moms like Reese Witherspoon, who have kids in their early 20s? Drew Barrymore says she was, back when Witherspoon’s kids were young. On the second episode of The Drew Barrymore Show Tuesday, the actor-producers talked about their friendship, which started when they were teenagers, and how even as successful women, motherhood can be scary.

“I was so amazed by you being this young mother who was able to take all that on,” Barrymore told her friend, admitting that the idea of motherhood intimidated her when she was in her 20s; Witherspoon, meanwhile, became a mom at only 22.

Witherspoon admitted that it was a struggle — and scary.

“To be completely candid, I was terrified too,” she said. “I got pregnant when I was 22 years old, and I didn’t know how to balance work and motherhood, you just do it. … I didn’t know if I was going to have steady work, too. I made movies but I hadn’t established myself as someone who could demand that it shoot close to my kids’ school. I didn’t have any real power or leverage within my industry. I was just like every other mom trying to figure it out and dad and partner and grandparent out there who’s raising a child.”

“Lonely” and “alone” are so vastly different. Link in bio to watch Drew and @reesewitherspoon go deep talking about everything from their careers to motherhood.

But Witherspoon said she didn’t “just do it” without a lot of help. Both she and Barrymore said that they lean heavily on their friends to get through motherhood. The two were pregnant at the same time — Barrymore with Olive and Witherspoon with Tennessee — and they laughed remembering the time they escaped to Mexico when their babies were a few months old.

“I think about the importance of having your community of girlfriends to be able to say, ‘I’m exhausted; can I pass you the baby?'” Witherspoon said. “My girlfriends have saved my life. I could have never done it without the network of support of other women, going, ‘Reese, Ava’s supposed to be at school next Monday!’ And I’m like, ‘What?’ Because sometimes I’m in the clouds creatively, but my girlfriends always keep the trains running. And they keep me safe and sane.”

Barrymore said she especially relied on friends because her family wasn’t there for her — and Witherspoon expressed her admiration for Barrymore’s struggles.

“You have found a group of friends that are your family, and you have become this incredible mother,” Witherspoon said. “Your story has changed so many people’s lives and everybody loves seeing you succeed.”

Wow! How is it possible that this little girl is now 21 years old? Happy Birthday to my sweet girl who has become the most incredible young woman. 💫 Her kindness, her compassion, and her huge heart never cease to amaze me. Ava, there aren’t enough words to describe how proud I am of everything you’ve already accomplished. I cannot wait to see ALL the Good you will put into this world. I love you so much @avaphillippe 💗

And in another moment of mutual admiration, Barrymore praised Witherspoon’s openness about how she talks about race and inequality with her kids.

“I have a lot of inspiration from having two teenagers in my house,” Witherspoon said. “Somewhere I read, if you’re not talking about race and class and wealth inequality and social issues with your children, they’re talking about it with somebody else. And that hit me very profoundly. Because this is the world they’re inheriting.”

Barrymore and Witherspoon are just a couple of our favorite celebs who talk openly with their kids about racism.