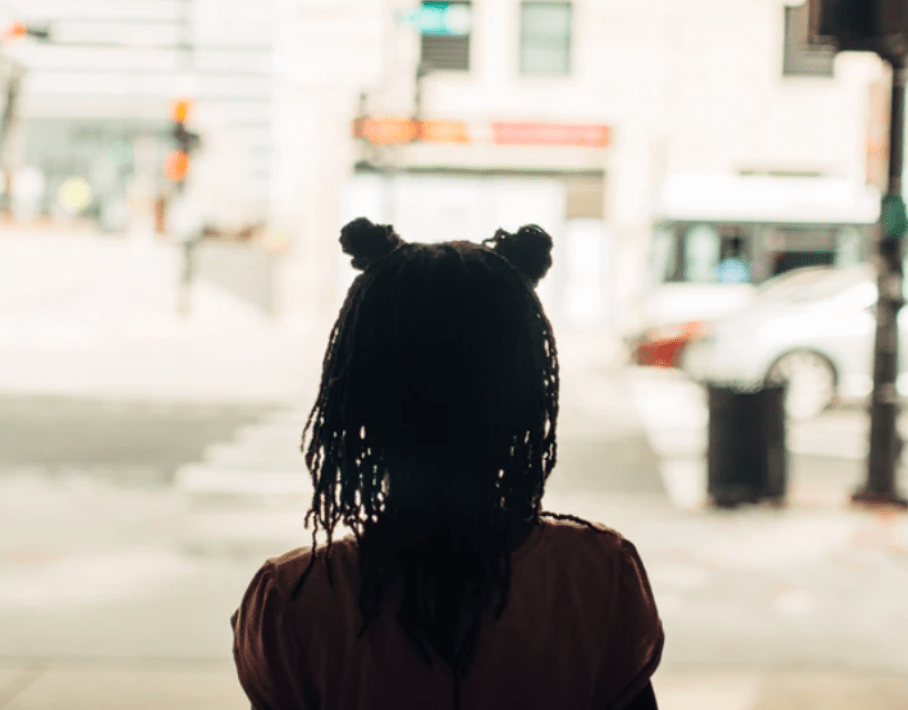 I think I’ve known I was trans from a young age. I always did, like, dress-up and stuff; most of my friends were girls. I remember at night I used to pray to God to make me a girl. But it never really clicked in my head that this was because I was trans — because I didn’t know how to express my gender identity as such. But in fifth grade, when I finally found out what being transgender was, that’s when I thought: That’s me.

I found out because one of my teammates on my gymnastics team came out to us as transgender. I remember her telling us her coming-out story, and she was like, “If you want to ask me any questions, you can contact me privately.” I contacted her and asked about being transgender.

That’s when I realized, really. Hearing her telling me her story was when I was like, Wow, I am a girl. I am transgender.

That girl and I actually lost touch because she was a senior and I was in fifth grade, but she was definitely my first trans friend. I didn’t know of or see any trans people until that friend. Sure, I’ve watched Orange is the New Black since, and there’s always shows that do an episode about a transgender person here and there. And I’ve bought books on being transgender, but honestly I don’t read them. Sometimes I get anxiety just from reading about transgender folks. It’s kind of scary to read their stories, because I feel such a connection.

The first person I came out to was my mom. But she already kind of knew I was trans, or that I was not like the boys around me, from a very young age. But I do remember telling her, and it was a really fun moment that she and I shared.

Right after I told her, I remember I wanted to tell others. My mom wanted to wait a little bit (after all, I was in fifth grade), but I was so excited. I wrote a huge message to my gymnastics team; they were the other first people I came out to.

In that group, it was all positivity. But of course that’s not the case when you come out to most people. So that did change a little, as I came out to more and more people in wider circles, some of whom didn’t understand what “transgender” really was.

I have an aunt who didn’t understand. She’s always been distant, but I remember she used to tag my mom on Facebook about how being trans is the worst thing ever. After I came out and after a lot of meetings with my doctors, I started puberty blockers when I was 12. And this aunt wrote something on Facebook about how blockers are bad and we’re poisoning kids with them.

So my mom and I, we just didn’t really talk to her. But later, when my grandma got cancer, my mom was forced to talk to my aunt to coordinate with my grandma’s treatment — but we still always kept our distance, and my aunt was not allowed in our house.

Finally, this year on my birthday, my aunt sent me a card and used my real name instead of my dead name. So that was progress — but still felt like the bare minimum.

When you’re trans, you kind of never stop coming out. My dad’s family lives in Wisconsin, in kind of a conservative area, and he wasn’t really sure how to talk about me to them. So when we had to go to a wedding out there, I remember being really nervous, scared that everyone was going to hate me. I have this one uncle, a family member I thought had been really conservative and unsupportive of LGBTQ people, he was the person my dad was the most scared about me meeting. And he ended up being the person who welcomed me with the most open arms. People can surprise you.

When you’re trans, you kind of never stop coming out.

For me, transitioning made me feel so much more confident. I felt better becoming more of a woman, more of a girl; the first time getting blockers was the best day of my life, even though the shot was painful. It was awesome. I remember texting my other trans friend, and we’d celebrate every time we had a new accomplishment and felt more true to our gender identities.

Today, I’m 14. I just graduated middle school, and I’m happy to leave — to finally be done. Middle school was not my time. This month, I’m starting high school; we’re actually going in person, so I’m not sure how it will all turn out. But really, my big thing for high school is going to be making more friends and widening my social circle, because that’s important to me. And I’d like to share my story more; I’ve always liked writing, so maybe more of that is in the future for me, too.

To kids who are trans or genderqueer or non-conforming, I just want them to know that it’s scary and the hardest thing ever, but in the end it’s so worth it. Because then you are yourself. Being a girl is so much better for me, because it’s my truth. It takes tons and tons of steps to be yourself, and I know it can be hard for other people to understand that, but other people are always going to stand by you no matter what. Give people the chance, and they might surprise you. Keep going.

Here are just a few famous LGBTQ parents we love.

18 mins ago
by Sydni Ellis

42 mins ago
by Taylor Plumstead

I Struggled with Whether to Homeschool — Until Uvalde Happened

2 hrs ago
by Jillian Pretzel