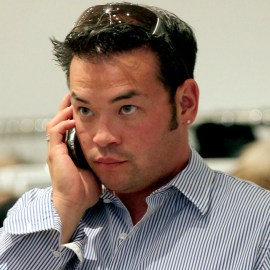 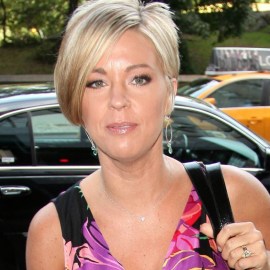 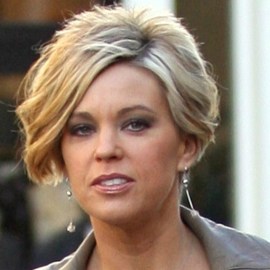 Co-parenting is hard for all of us trying to do the best for our kids under two separate roofs, even under normal circumstances. Pandemic co-parenting? That is so, so much harder. And while celebs who are doing it likely have more resources with which to pull it off than we do, they’re also under way, way more scrutiny from media and fans alike. Such is the case of Jon and Kate Gossellin, whose already strained co-parenting relationship took a turn for the painful this week, as an investigation has begun into alleged abuse of their 16-year-old son Collin by his father.

People reports that Kate Gosselin was notified this week by Pennsylvania Child & Youth Services that they’re currently investigating a report of Jon “causing bodily injury to a child through recent act/failure to act: hitting/punching.”

This comes after Collin posted a now-deleted Instagram message last week stating, “My dad is a liar. Yesterday he beat me up and thought nothing of it, he punched me in the face and gave me a swollen nose and I started bleeding. He then continued to kick me in the ribs after I was on the floor. He is a liar.”

The alleged altercation left mom Kate understandably terrified. “You do not punch and kick your children,” Kate told People. “You do not kick a child. I don’t want to hear any excuses from anyone, not from his father, not from local law enforcement. There is a child abuse law, PA 23, section 8i states that doing any of the following, regardless of whether it causes injury, is child abuse, and first on that list is kicking. Period. I don’t want my children around him. Enough is enough.”

Hello from our family vacay in St. Croix!!!

Unfortunately, while overall reports of child abuse have declined throughout the COVID-19 pandemic this year, social workers have good reason to believe that actual incidents of child abuse are on the rise — and just going unreported.

Misha Valencia, a mental health professional who specializes in working with at-risk kids, previously told SheKnows that the increase in parental abuse mid-pandemic can be due to decreased surveillance outside the home. “When at-risk children are in school and involved in community support programs, there is a built-in oversight that can help keep them safer,” she explained. “Clinicians, educators, and coaches are all on hand to help identify a child who may be in danger.”

That’s not the case when kids and parents are home full-time because of pandemic-related school closures.

Preventing #ChildAbuse looks a little different when kids are home from school, which is why we put together a comprehensive guide for parents, teachers & other mandatory reporters. We break down tips for spotting abuse in a virtual world, as well as what online grooming and child exploitation can look like. Link in bio. . . . #ChildAbusePrevention #PreventChildAbuse #EndChildAbuse #OnlineSchool #TeacherResources #SchoolResources #Tips

NYC psychotherapist Sarah Gundle also told SheKnows that “the isolation caused by COVID-19 can increase the dangers for at-risk children. Without daily contact with schools, abuse can go unchecked.”

As for the Gosselins, it’s unclear whether Jon will face legal ramifications. “There has been no charges or citations filed as a result of that incident,” Berks County District Attorney John Adams told People. “That’s the only incident we are aware of at this point and there was no citation or charges filed as a result of the incident.”

Here are some actionable steps you can take to help an at-risk child in your life.

56 mins ago
by Rebecca Rakowitz