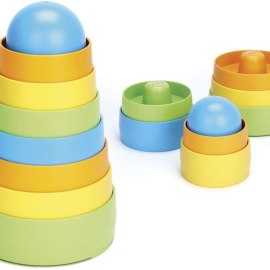 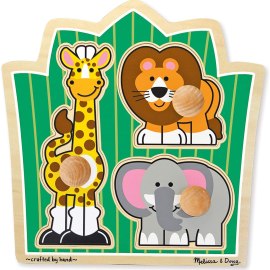 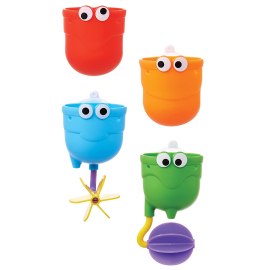 If this pandemic is going to get any easier for parents, workplaces need to make the space for fathers to do their share of childcare. Actually, that goes for life after the pandemic too. One dad on Reddit just shared his frustration about a workplace that expects his wife to be their child’s primary caregiver, even when she’s busy with a job of her own.

“Since my wife works all day, and I’m pretty much the primary caretaker of our son (1), I had to have him with me during the meeting,” LeaderOTheGorgonites wrote on the AITA subreddit, explaining that he has a part-time job at a local radio station that he loves, while his wife has a full-time job that earns much more money.

“Noon is his most playful time of the day, so he’s usually very active during this time, so during my meeting he was making a lot of playful squeaks, banging toys and trying to play with my laptop when I would have him on my lap,” the dad continued.

During this meeting, a younger coworker asked LeaderOTheGorgonites if his wife could take the baby for a few minutes, but he said that this was impossible because she was on an important work call as well.

“Then a different coworker (30m) pointed out that we were in a meeting that’s super important and she should watch him for just a few minutes because it shouldn’t take too much longer,” he wrote. “So then I said, ‘Sorry but my wife makes four times what I do in a year, so her job has a little bit more priority in this household.'”

This put an awkward end to the discussion, but he did at least mute himself for the rest of the meeting. LeaderOTheGorgonites realizes that maybe his comments on his wife’s salary were uncalled for. At the same time, our hackles are raised by the fact that his boss later mentioned that people question whether he takes his job seriously. This is the same BS that mothers are given all the time when they have to prioritize childcare.

Redditors have had a mixed response to this post.

First off, everyone agrees that LeaderOTheGorgonites made one crucial error in video-meeting-with-kids etiquette: not using his mute button right away.

“YTA [you’re the asshole] for leaving your mic open when you have a kid in your lap,” GlibTurret wrote. “Seriously, just put yourself on push-to-talk. Everyone should be on push-to-talk anyway.”

“My wife also makes much more than I do, I often had to prioritize working around my job for the kids rather than her, but even I know that you mute during a video call if there’s background noise to deal with,” verminiusrex added.

But some said that his mistake could have been more politely corrected.

“All they had to do was ask him to mute in the first place,” SplitDowntown9917 said. “I have meetings every day lately where someone’s kid can be heard in the background. They’re not assholes. Just dealing with a difficult situation and may not realize how loud the kid is to us. We just ask them to mute and move on. It’s not hard.”

The bigger issue here, many agree, is the flippant way the coworkers assumed that his wife could drop her meeting for the sake of theirs.

“Yes he should have been on mute,” Ladancer22 wrote. “But he DID try to politely make it clear that ‘sorry my wife can’t watch the kid she’s on an important work call,’ and they assumed that either it would be better to distract the wife’s work call or that it’s more appropriate for the wife to have a child on the work call AND they assumed that OP didn’t discuss this with his wife and determine which one would be better. And despite salary OP is only working part time. To assume his part time job is more important than his wife’s full-time job is rude and inconsiderate.”

“They weren’t rude to ask the first time, but they were rude for not taking no for an answer,” Em4Tango offered. “And they were definitely being sexist about who should be watching the baby. This is why I avoid giving too much info. ‘Is it possible for your wife to watch him? No it is not right now.’”

A few commenters — who either don’t have kids or who have very easy, complacent kids — wondered why he couldn’t have put the tot in a playpen with some toys. Um, not how most 1-year-olds work. And some asked why he didn’t ask to move the meeting to a different time. That would be nice, but we doubt the guy who works part-time can dictate when a meeting happens.

But then some brought it back to the dad’s original question about bringing up his wife’s salary.

“The salary quip does kinda push into A H territory because of the way it was said, but I can’t necessarily fault him,” Coffe_Mug said. “It was a gut reaction to what I assume was a stressful situation.”

“You may not be the asshole, but that was a super tacky thing to say,” shayelea pointed out. “It sounds like you don’t value your job. And maybe you don’t, but saying it outright to multiple people is a quick way to make sure your name is first on the chopping block when layoffs come around.”

Here’s hoping this mistake doesn’t come back to haunt him. If anything good comes out of 2020, we hope it’s that more people look at questions of childcare, work, and gender from multiple angles, the way the readers of this Reddit forum has. We’ve had the opportunity to see into each other’s homes, and by extension the lives they normally don’t show to their coworkers. Can we now all give each other a little more compassion?

The next time you need something to keep your children occupied, consider buying something from these ethical toy brands.