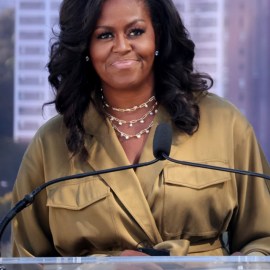 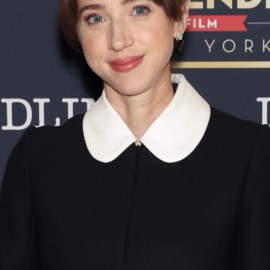 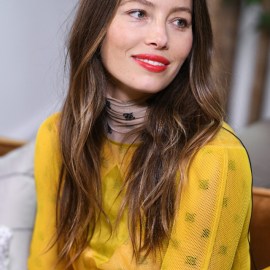 All week, we have been mildly scandalized, though never really shocked, by First Lady Melania Trump — most notably by the picture of Trump that former friend and advisor Stephanie Winston Wolkoff has painted for us in her new book, Melania and Me: The Rise and Fall of My Friendship With the First Lady. Along with stories about the first lady’s many controversial moments, there’s another aspect of Melania life that some of us have been really curious about since the early days of the Trump presidency: What is the former model really like as a mother to 14-year-old son Barron Trump?

Despite being friends with Melania for so many years, this is a difficult question for Wolkoff to answer, as she says Trump is “oddly secretive” about her son and motherhood, even with those closest to her. But she does give us a few anecdotes that show us Melania’s parenting style.

For one thing, though Melania quit modeling when Barron was born, she wasn’t his sole caretaker, even as she told others she was.

#MelaniaTrump’s ‘I Don’t Really Care Do U’ Zara jacket was apparently a jab at #MichelleObama. And the truth comes out! 😮 https://t.co/712zYnedMG

“Melania has perpetuated a myth that she never hired a nanny when Barron was young and that she waited to start her businesses until he went to school,” Wolkoff writes. But in fact, Wolkoff said that she had the help of household staff and her own mother to watch him. Now his constant companions are the Secret Service.

Wolkoff (rather cattily) adds that Melania was never into socializing with other parents during playdates, no matter how hard the mothers at Columbia Grammar tried to connect to her.

“Melania’s playdates were his playdates,” Wolkoff says. “Melania didn’t sit around to watch the kids play. Nor did she entertain the mothers who arrived and wanted face time.”

And though Melania Trump’s big cause as first lady is to stem bullying, she kind of seemed unconcerned about teaching this to her own son, judging by a “prank” she related to Wolkoff.

“Melania told me a story about how Barron had secretly placed a recording device in the Lincoln Bedroom and timed it so that it made ghost moans and noises when a friend of his was in there,” she writes. “Melania thought it was so cute. ‘He’s so funny!’ she said.”

How does Barron’s friend feel about that?

Unlike Melania, these celebrities give credit to the people who help them care for their children.

3 hrs ago
by Amanda Williams

5 hrs ago
by Amy Vowles