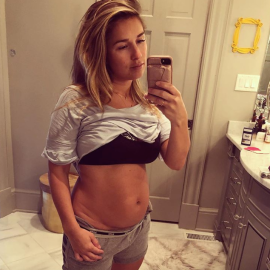 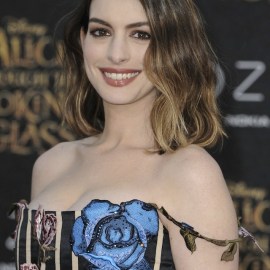 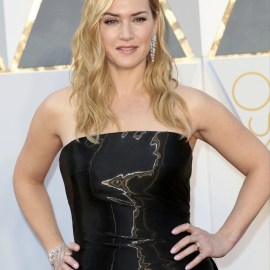 Singer Ciara has been an absolute badass throughout her recent pregnancy with her third child, Win Harrison, whom she welcomed with husband Russell Wilson on July 23. I mean, just look at her twerking at nine months along, for her “Rooted” music video — and generally taking all the preg selfies possible, because why not? Growing a human merits documentation and celebration.

Related story Should This Pregnant Woman Worry That Her Friend Will Kidnap Her Baby?

And now that little Win has arrived, Ciara is wasting no time in getting back to her active self (twerking optional, we would guess). She posted on Instagram Monday, August 23 that she’s diving into her postpartum fitness plan and aiming to lose another 48 pounds. Wait, what? We did a double take at that number, too.

“48lbs to go! Starting the game plan tomorrow!!” Ciara wrote on her Instagram. “P.s. don’t know how easy it’s going be considering 3 baby’s now! Going to work really hard at this! Let’s go Mamma’s,” she concluded, with a strong-arm and dancing-woman emoji for good measure.

But let’s do some math here. We don’t know exactly how much weight Ciara gained during her pregnancy with Win, but she’s been open about the fact that she gained 65 pounds while pregnant with her daughter Sienna. According to the Mayo Clinic, most birth parents lose nearly 15 pounds straightaway from giving birth — the combined weight of placenta, baby, and amniotic fluid. Then, they’ll continue to lose more weight during the early weeks postpartum as fluids continue to drain (and especially if they’re breastfeeding).

So, where did Ciara’s “48lbs to go” come from? We’re guessing it’s a number she’s chosen in hopes of landing back at her pre-pregnancy weight. But, sub-question: Is it even a good idea to pinpoint your postpartum fitness journey to a specific weight-loss number, especially at Ciara’s current point postpartum (just about four weeks)?

Pelvic floor physical therapist Sara Reardon would say: not likely. Reardon told SheKnows that “having the ‘all clear’ at your six-week checkup…does not mean that your tissues are done healing or that they are ready for high impact. The first three months postpartum are a time for rest, breath work, walking, attention to body mechanics and posture, and low-impact exercises rebuilding your connection to your core.”

“Getting back into shape after a baby takes time and finding a balance that works for you — it’s not an all or nothing decision,” certified Postpartum Corrective Exercise Specialist Trish Mckean told SheKnows. “It requires you to build and activate your core without overextending or jumping back in too quickly.”

Ciara is clearly a strong, healthy woman who knows her own body — and is, we can only hope, listening to the recommendations of her physician as to avoiding high-impact postpartum exercise too early on. That said, she’s also a high-profile, gorgeous celebrity whose postpartum fitness plan is certainly not accessible for most of us mere mortal moms. After all, Ciara’s pregnancy also set the get-to-work standards quite high:

“I was so proud of the process because I shot the video two weeks away from delivery for one part, and then I shot the other part just two days out,” she said in an Instagram video of filming “Rooted” while super-pregnant. “Even down to literally being in labor having to give approvals for the song to make the deadlines — it was just an incredible experience that I will forever cherish.”

This kind of all-in, don’t-stop attitude, both in Ciara’s approach to meeting deadlines while in labor and in her four-weeks-postpartum plan to knock off a seemingly arbitrary 48 pounds, may be ok for her (again, we really hope she’s got a good and forthright relationship with her physician). But the moral of the story here is this is not okay for everyone. This is not the norm, nor is it reasonable or even safe for most people. As Reardon and Mckean point out, slow and steady is the name of the game when it comes to rebuilding strength after the immense feat of birthing a human. The first three months are about gradual, safe, monitored strengthening — and a whole lot of rest.

Regardless of their postpartum shape, size, or weight, moms are forces of nature. These amazing breastfeeding protest pics prove it.

19 mins ago
by Sydni Ellis