It’s got to be about as fun for a dad to talk to his child about their period as it is for a child to talk to their dad about menstruating — not at all. But that’s mostly because we’re dealing with a long history of ignorance and stigma. One Reddit dad’s post revealing his outrageous misconceptions about tampons and his 13-year-old daughter shows us just how necessary it is for parents (and all humans too, for that matter) to understand how menstruating bodies work.

“I have a 13-year-old daughter who has been having her period for a few years now, and I am the primary caretaker as her mother works away from home most of the time,” AITAtampon wrote, explaining that he found tampons under the sink that the girl’s mom had bought her.

“I don’t have any issue with her wearing regular feminine hygiene products.” Which, what? Does he think some parents don’t allow their girls to use any products at all?

“[A]nd I’ve bought her pads before, but she doesn’t have any kind of reason to be using tampons right now,” he continued, and brace yourselves for what he thinks are the only legitimate reasons for tampons: playing sports or swimming. That’s it. That’s the list.

And at last we get to his position against tampons: “her mother is sexualizing her in a way that I don’t feel particularly comfortable.” Yep, he thinks that the small, dry wad of cotton some use to collect menstrual blood is somehow a sexual object. Here is our favorite (least favorite) quote of his: “[I]f I had a son I wouldn’t buy him condoms at this age either.”

On the slightly less-controversial side of parental objections, he also expressed disapproval of his daughter’s request to go on birth control for her period, “although there are tons of different painkillers, and I think that she’s using this as a gateway to possibly become sexually active.” As a man, he might not know just how beyond the reach of regular painkillers some periods can be, but he might find that out if he, I don’t know, actually spoke to his daughter and a medical professional about it?

In the two hours since AITAtampon posted, he has already received 279 comments, mostly from people attempting to correct his misconceptions about tampons and periods in general.

“It’s not your body, and you don’t get to tell your daughter how she handles her periods,” PineappleIsMyKiller wrote. “You’re also super gross for sexualizing tampons. Why do you think you have to be a certain age to wear tampons??? I’m seriously confused with your logic. If it has to do with her virginity then you need to educate yourself because you do not need to be having sex to wear tampons. … Pads can be uncomfortable and gross. … Birth control is not just used to prevent pregnancy. I know. Huge shocker. It’s a great tool to minimize pain and heavy periods.”

Tampons have long been a point of debate for some, because of the risk of toxic shock syndrome. My own mother didn’t let me wear them for the early years of my period, fearing news reports of teenage girls getting sick. But that risk is pretty much eliminated simply by educating people to change their tampons more frequently. AITAtampon edited his post to add that was one of his reasons for objecting to his daughter using them, writing, “I also don’t think she’s mature enough to change them often.”

This one more reason we need to educate young people (and, apparently, their parents) about reproductive health. With education, this man and his daughter might be able to discuss other options, like period panties and menstrual cups, and to schedule an appointment with a gynecologist who can see if hormonal birth control might be appropriate for her pain and discomfort. She might be able to speak to her dad openly about whether she is considering having sex, and he can discuss that there are dangers of doing so in addition to unwanted pregnancy.

Banning tampons for this girl may just result in her using them on the sly and not knowing how often to change them. It also continues to shut down communication between the girl and her primary caregiver — which can lead to other dangerous consequences down the road.

If you need some help with these conversations, parents, check out this list of great books on puberty. 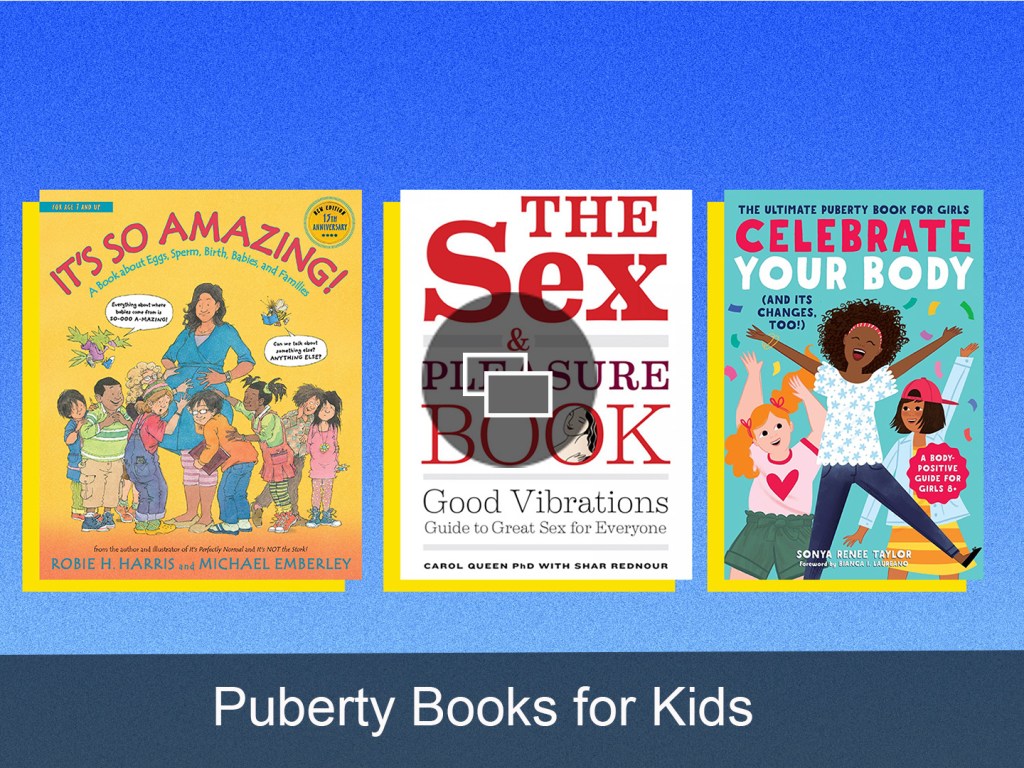 8 hrs ago
by Marshall Bright