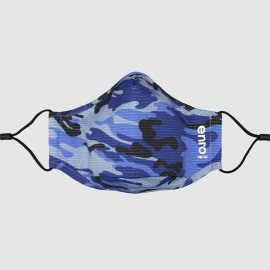 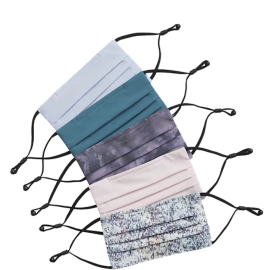 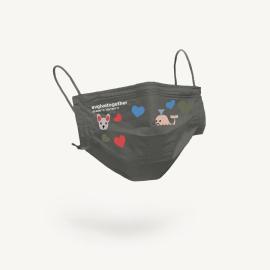 If you haven’t seen the videos yet, rest assured you will have had hundreds of opportunities by day’s end: On Wednesday, two different mothers on two different British news channels had their interviews interrupted by their adorable children. It’s cute, no doubt. It’s something most of us can relate to this year, if we’re lucky enough to be able to work from home. But I’m wondering why more of us aren’t also enraged by the fact that this is our “new normal” with basically no end in sight.

Let’s go to the cuteness, first. Clare Wenham, assistant professor of global health policy at the London School of Economics, was on BBC News to discuss how local governments in England can make better use of data on COVID-19 cases to control the spread with lockdowns. I had to watch the video three times to understand that’s what she was talking about, because her daughter Scarlett stole the show by testing out different locations around the room for her unicorn drawing.

Wenham was very impressive in her ability to block out her daughter’s activities, but presenter Christian Fraser couldn’t help but acknowledge what was going on.

Dr Clare Wenham, we understand your struggles of working from home and looking after children 😂https://t.co/vXb15EQatL pic.twitter.com/4f3PODtJWA

“What is your daughter called?” he said, basically ignoring Wenham’s previous statement. After she answered, he said, “Scarlett, I think it looks better on the lower shelf.”

Following Scarlett’s explanation about her interior decorating mission, Fraser declares this, “the most informative interview I’ve done all day.”

The internet has agreed, sharing the clip and launching polls about which shelf the unicorn should go on. For the title of favorite interrupted parent, Wenham is quickly outranking Robert Kelly, the dad whose children interrupted his BBC interview in 2017.

Meanwhile, Sky News foreign affairs editor Deborah Haynes was attempting to discuss the U.K.’s offer to accept 2.9 million British national overseas citizens and their family members from Hong Kong, in reaction to China’s new restrictive laws in the former British territory. But her son interrupted her to ask if he could have “two biscuits.”

Thank you for the lovely comments after my son’s impromptu appearance mid-live-broadcast. I can confirm that his high-stakes negotiating skills netted him two chocolate digestives https://t.co/OQRGiMNih2

Both Haynes and Wenham have replied to their sudden internet fame with grace, updating us on the unicorn’s status (top shelf) and chocolate cookie consumption. And to be clear, I think it’s a good sign that most people accept that this has become a necessary state of life during lockdown. This comes days after Florida State University announced it would no longer allow parents to care for their children while working from home. Other moms have been reporting that their employers are losing patience with them for having to include their children on Zoom calls, or schedule work at odd hours, even though they complete every work duty that is required of them.

But I’m also done with thinking this is cute. This is an international crisis, people. I’m unfamiliar with what’s going on in the U.K., but I know that the U.S. government is completely failing to address this problem. Opening up the economy can’t happen without giving us all of these things at once: more testing, more contact tracing, and a lot of funding to give working parents safe childcare options and safe schools.

On Thursday, the American Federation of School Administrators released a preliminary guide to reopening schools. In it, the organization estimates that for additional staffing and cleaning supplies, the average school district (3,659 students, eight school buildings) would need $1.8 million in additional funding. For an urban district like New York City (1.12 million students and 1,722 schools), the estimate is in the hundreds of millions. The Council of Chief State School Officers told the Senate that an additional $158 billion to $244 billion will be needed for safe reopening.

Remember how New York was using a convention center, Central Park, and a freaking Navy hospital ship to provide more bed space for COVID cases this spring? Why aren’t we seeing that kind of mobilization right now to give us more school space for our children to remain socially distant from each other in the fall? Why aren’t there enormous movements to hire millions of new teachers so that we can give our kids smaller class sizes? Instead, we are looking at a fall in which working parents will still be either giving their jobs up entirely, or continuing this exhausting juggling act — only maybe sometimes having the relief of our kids going to school one week out of every three (that’s the estimate here in Brooklyn, anyway).

“Let me say the quiet part loud: In the COVID-19 economy, you’re allowed only a kid or a job,” Deb Perelman, founder of the SmittenKitchen blog, wrote in a New York Times op-ed on Thursday. Even though we actually have both, it’s impossible to do both well unless you’re wealthy enough to have a nanny.

Or, well, it’s next to impossible, anyway. Hours before Wenham went viral, Time published an excellent piece she co-authored about how the U.K. and the U.S. were once the best-prepared countries to tackle a pandemic, before our political leaders got in the way of science. She has also been leading research on the gendered effects of the pandemic around the world.

I’m so mad that instead of gaining international fame for that work, she has become an example of it. If you are too, it’s time to call every government representative you can to demand better funding for our schools to face this pandemic safely.

And if that seems too much to handle while you’re working and caring for your kids — we get it — just wear your damn masks and make sure everyone around you is too.

You know what hasn’t stopped being cute? These kids face masks.