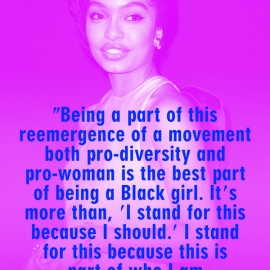 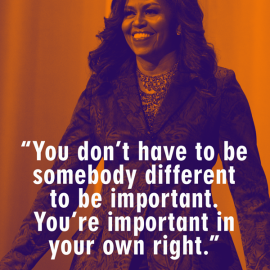 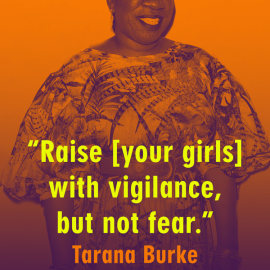 Breonna Taylor was a daughter, sister, girlfriend, and hero who saved lives as a first responder during the COVID-19 pandemic. That is, she was until police barged into her home as she lay in bed with her boyfriend and shot her eight times, in yet another stupid, tragic, senseless killing of a Black American at the hands of U.S. police.

Palmer told the publication that she knew her daughter was bound for something big, even from a young age: “She always said she was destined for greatness, and now she will be a part of history.”

Prior to her murder, Taylor had planned on returning to school this coming fall to become a nurse — after she had already worked hard to become an EMT. “She just wanted to help people,” one of her cousins told Teen Vogue.

Taylor‘s friends echoed the sentiment, explaining how Taylor empowered and supported others who felt excluded. Palmer explained that she once even received a call from Taylor’s high school teacher because her daughter had been invited to a pizza party for students who earned exceptional grades — but she refused to attend. Why? Because she felt bad that her average-grade friends weren’t invited.

Happy 27th Birthday beautiful Breonna. We will honor you today and every day by fighting relentlessly for change, and we will not stop until justice is served. Even though you aren’t physically here, your presence in our hearts keeps our souls strong and our voices loud. Thank you for being our guardian angel in this movement. 💜💜💜 If you are not familiar with the story of Breonna Taylor, please educate yourself not only on her tragic passing, but also on the amazing life this selfless young woman led. Go to my story for some action items to demand Bre gets the justice she and her family deserve. 🌺🌸🌼🌻🌹🌷💐#birthdayforbreonna #justiceforbreonnataylor #justiceforbreonna #justiceforbre #happybirthdaybreonna #happybirthdaybreonnataylor #breonnataylor #blacklivesmatter #sayhername #nojusticenopeace

Palmer’s response to high-schooler Taylor? “If your friends don’t want to see you do great, they’re not your friends,” Palmer told Teen Vogue. And Taylor was doing great — until her life was cut short by police brutality. But on her birthday and every day, her friends and family remember her smile, her energy, and her positive presence in their lives. And they — and we — vow to fight for justice in Taylor’s name.

Here are other influential Black women who were destined for greatness.