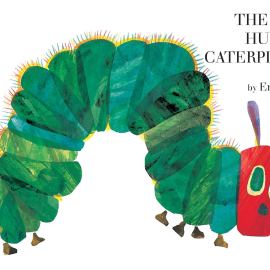 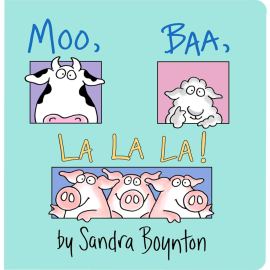 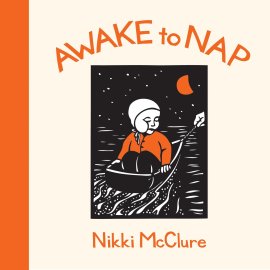 75 Books Every Kid Needs to Read, From Baby to Teen 76 Images

It’s a very weird time to be looking for a job. Considering the fact that much of the country is still in lockdown, and the country has the highest unemployment numbers since the Great Depression, this is true no matter who you are. Looking for your first or second real job as a teenager this summer might be so daunting that some may be tempted to give up before they even try. Don’t let your teens do that just yet.

To be sure, some of the summer jobs typically available to teens are completely out of the picture right now: Lifeguards are off-duty, movie theaters are shuttered, and summer camp is all but canceled. They also can’t count on all those traditional entry-level jobs being open. Working at a fast-food restaurant, a grocery store, or in a warehouse used to be staples of the teenager’s resume, but now those gigs are both risky and taken by adults who need to support their families.

Now is the time to get creative. Kids may have to make some compromises on pay in some cases (read: volunteering), but you’ll have to see that as an investment in those college applications and résumés.

Just as a fast-food cashier does, the biggest job of many activists and politicians is to say the same thing over and over again to impatient people. Only, when you’re working for a political campaign or a cause you believe in, you might also feel like there’s some consequence to the exchange that follows. Now that campaigns are going virtual, many of them will involve texting and online outreach, as well as old-fashioned phone banking and mailing. Some jobs might be paid; all of them will be a shining line on that résumé.

At this moment, every parent of a school-age kid whose camp was canceled is looking at the next few months in fear, and at the fall with a nagging dread. After all these months of juggling work and childcare, they might be ready for a break and willing to spend that camp money on a babysitter. Those who are still staying home for social-distancing purposes might still be looking for help entertaining their kids while they get work done. Many of the big babysitting sites — Care.com, SitterCity, UrbanSitter, etc. — are listing sitters that offer virtual sessions. We think they’re kind of a great gig. There’s no changing diapers, no making food for fussy eaters, and the hours are short, since it’s difficult to hold a kid’s attention span on video chat for longer than an hour. What sitters will need to provide, however, is entertainment. Come ready with projects, games, and a lot of silliness.

Testing new ways to connect + support each other 💗

If parents of school-age children they think they failed at homeschooling this spring, they’ll be very interested in getting some online one-on-one time with a teenager who knows the curriculum. So interested, in fact, that a teenager might be able to ask top dollar for their time. To be an independent tutoring contractor, it’s going to take some neighborhood networking (get in touch with those PTA parents and everyone who has a little sibling), plus a good proposal your kid can prepare to dazzle prospective, desperate clients.

Now, if independent contracting isn’t your teen’s thing, you can look online for similar job openings. We’ve seen listings for paid positions on job boards, as well as volunteer gigs on VolunteerMatch.

There may still be time for teens to pitch themselves as the perfect video chat counselors for camps that have gone virtual — especially if they know a certain skill that lends itself to online classes, or they’re entertaining enough to keep children glued to their screens.

We’d also like to float this crazy idea: Have your teen start their own in-person mini day camp. They’d essentially babysit three or four kids for a couple of hours every day while their parents work — promising a bit of structure in the form of walks to a park, arts and crafts, games, and other camp-like activities. Their parents would have to agree with you and the other parents on COVID screening and prevention, but keeping the number tiny and operating either outside or in one child’s home would make it easier.

There are jobs with Instacart, Walmart, and Whole Foods to do this, of course. But your kid might have a nicer experience if they do this on their own, either charging a small fee to go shopping for a neighbor or relative and their friends, or doing it on a voluntary basis. Not only are they doing the right thing, but this is also excellent training for when they have to live on their own.

Extroverted kids have had a hard go of it this spring. Now that the weather is nice, encourage them to set up shop on your front lawn and display their talents — playing music, reciting monologues, delivering stand-up routines, offering advice. Tell them it’s like having a YouTube show live. Put out a can for collections, of course.

Young violinist and high school senior Zach Buttrick is doing housecalls all over the island today, serenading neighbors who are staying home from a safe distance in their front yards.

We never would have thought of this one, but it’s shown up on other lists of good entry-level jobs. If businesses are open again in your area, there are a lot of shaggy dogs in need of help, and groomers are traditionally into hiring promising young talent who really love doggos enough to give them a bath.

For the kids who are inside cats, this is a good use of their time at home. “Hire” them to make those photo albums you always mean to make, to sort through and organize your digital albums, and to gather all the family keepsakes into nice storage containers. While they’re doing this, they can also get out a recording device and ask you to tell stories about what they’re looking at. They can connect with grandparents and far-away relatives, asking them for stories too. The resulting family history might be worth you forking over extra allowance money.

We’re not saying you need to encourage them to spend all summer on their phones (as if they need encouragement), but you can help nudge them in a worthwhile direction while they’re already doing so. Though a handful of teens are making tons of cash these days on YouTube, TikTok, and Instagram, there are many more who make zero dollars doing it. Your job is to help them create content in a thoughtful way — one that will mean they’re not wasting their time, whether they earn followers or not. That might take the form of learning more about video production and editing, or writing captions and scripts. They could even research a topic enough to become an online expert on it.

However you slice it, this is going to be a strange summer for everyone. But teens only have so many summers before adulthood; there’s no time like the present to make this count!

In between all that work, your kids can add to their summer reading lists, too.