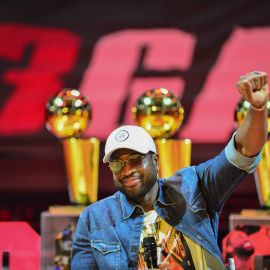 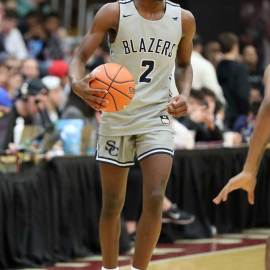 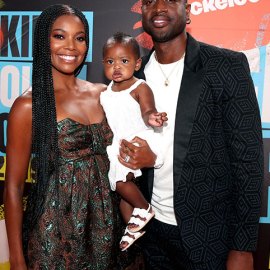 Since the moment Gabrielle Union and Dwyane Wade hinted at his second child’s queer identity on social media last year, the couple have gotten backlash. That only intensified when Wade revealed  that 12-year-old Zaya had come out as transgender. But in a new interview, Union told Variety that in reality, their family has more supporters than detractors when it comes to defending Zaya’s rights.

“With all of the love comes the hate too,” Union told Variety in her cover story. “It’s watching the love handle the hate that has been encouraging. We’re just loving and accepting our kids, which is not revolutionary. To some people it’s nuts.”

For every person who shamed Union and Wade for how they’re raising Zaya, she said, “many more have rallied in support of the family. … I’m not standing on my own. The cavalry is arriving, and they are unafraid to stand in their truth and not be compromising when we look at right and wrong.”

Back when Wade first spoke to Ellen DeGeneres about Zaya’s coming out, he gave a nod to some of the first members of that cavalry.

“[M]y wife reached out to everybody on the cast of Pose,” he said of the FX show about New York’s gay and transgender ballroom scene of the ’80s and ’90s. “We’re just trying to figure out as much information as we can to make sure that we give our child the best opportunity to be her best self.”

TikTok is a family affair in the Wade household! #Blessed to see Zaya Wade make her debut on @dwyanewade’s TikTok this weekend 🥰🥰

The couple appears to be on the right track in doing that. Kelly Storck, licensed clinical social worker and author of The Gender Identity Workbook for Kids: A Guide to Exploring Who You Are, told SheKnows years ago that clear and consistent parental support is a key element of a transgender child’s wellbeing.

“Having a child who understands the importance of being true to who they are — and who trusts you enough to share deeply personal and often risky information — is an honor,” Storck said. “Do your best to treat it as such by thanking them for sharing and providing them with support and affirmation in many forms.”

Then parents can try to form a cavalry of their own. If that’s not available in the form of immediate friends and family (or the cast of a major cable drama), find a local chapter of PFLAG or visit StandWithTrans.org, where ally parents have volunteered to support each other as well as trans youth who aren’t getting that from their own families.