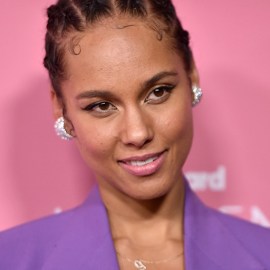 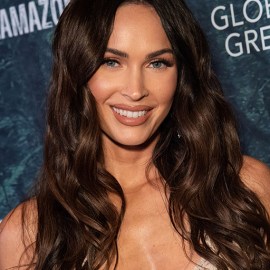 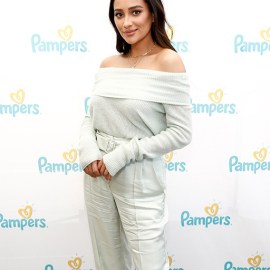 Let me just start with an extremely pro-bikini-selfie disclaimer: We are all about the bathing suit pics around here. Big bodies, little bodies, pregnant bodies, aging bodies, trans bodies — you know the saying: Every body is a bikini body when you put a bikini on it. So put on your suit and snap a pic, and we will be right beside you shouting “YES, GET IT.” Which is precisely what we were shouting in the general direction of Jenna Dewan when she posted a Memorial Day bikini pic, complete with wet hair and wonderfully goofy goggles.

It’s just…can we say she looks great and cute and sexy (and like a fun mom! just look at Everly having the time of her life in the background) and just leave it at that? Because the fact that the majority of the post’s comments are about Dewan’s postpartum weight loss just feels…unnecessary at best, and harmful at worst.

“How did you birth a human you goddess?!” asked one baffled commenter.

“Body bounced right back!” exclaimed another.

Another witty soul wrote “Jenna, one minute postpartum” with a bone emoji followed by “me, 15 months postpartum” and a…meat emoji? I think?

“You are goals! Can’t believe you just had a baby and look that great!” wrote another fan. So, we know there are plenty of moms who follow Jenna’s Instagram, who themselves had babies much longer than a mere two months ago, and whose bodies do not look at all like Jenna’s. Does that mean they don’t look “great”? Of course it doesn’t. But reading these comments, it sure feels like that.

Basically, the post comment thread is a laundry list of reasons supporting the concept that skinny is better, that “bouncing back” is the goal, and that postpartum bodies should try to and succeed in eliminating any trace of that whole human-carrying and birthing process they went through, ASAP. We said it about Adele’s recent weight loss and we’ll say it again: Applauding someone simply for being/becoming skinny is perpetuating a widespread societal problem that equates a person’s size — or, rather, their lack thereof — with their worth.

Yes, Dewan looks amazing. Yes, she is postpartum. But we don’t need to harp on any change in her appearance or lionize her for any weight loss she may (or may not! muscle weighs a lot!) have experienced since giving birth to her second child, son Callum Michael Kazee, in March.

In her piece for SheKnows on the Adele Incident of 2020 Twitter, writer Melissa Blake took to task the commenters lauding thinness above all else. “Intelligence is hot,” Blake wrote. “Confidence is sexy. And talent is beautiful. Adele is all three — before, now and 10 years from now! A world in which we are praising her for looking “gorgeous after weight loss” is not a world I want to live in. So, please, if you do one thing today, check the fatphobia and diet culture-influenced bias because that is most definitely not a good look.” And the same certainly holds true if that body pushed out a human a few weeks ago.

Of all the commenters in the Dewan bikini shot thread, we’re standing right with @elizabethdaniellesdr, who wrote “Celebrity life gives access to what the rest of the world doesn’t. Don’t compare yourself to the images you see.” That’s a message everyone — but especially, especially postpartum parents — could use to hear.

Here’s what Jenna Dewan’s childbirth experience — and those of more celebs we love — was really like.