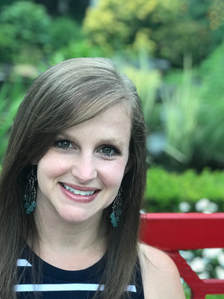 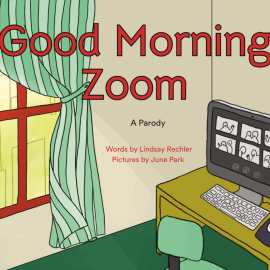 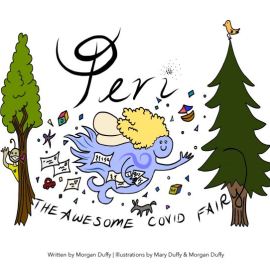 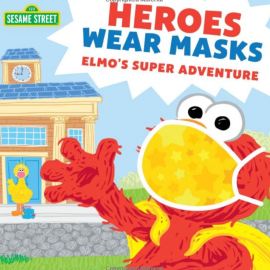 Sandy Alvarado, a physical rehabilitation nurse in New Orleans and the mother of four girls, tells SheKnows she has found herself asking, “Why me?” countless times since she was diagnosed with COVID-19. “Was it something I did? What could I have possibly done to deserve this? It’s not fair.”

In March, Alvarado began experiencing the worst pain of her life. Every single joint, bone and body part hurt, whether she touched them or not. It hurt to move her hands. It hurt to take a shower. Even her hair hurt. Her entire body was constantly screaming in pain. It was excruciating.

“I don’t know how many times I asked God to just take me… I just couldn’t handle it,” Alvarado adds. “I hurt so badly.”

By the time Alvarado finally received testing, it only confirmed what she already knew: She had COVID-19. Alvarado is one of the almost 30,000 confirmed cases in Louisiana.

Alvarado isn’t sure how she contracted the virus, but her first symptom — a mild sore throat, appeared on February 29, nine days before the first case was reported in Louisiana. According to the CDC, a sore throat, typically combined with one other symptom, can appear anywhere between two and 14 days after exposure to the virus. Over the next two weeks, her sore throat came and went, and although she didn’t pick up any shifts at work, she did make trips to the grocery store, Walmart, Target and Sam’s Club.

But on March 13, things took a turn for the worse. Alvarado began to experience headaches and body aches. That was also the day school closings were announced, so she attributed her symptoms to the reality that her four children would be home for the next month. But it didn’t take long for Alvarado to accept the fact that her symptoms weren’t stress-related. And when the headaches and body aches progressed to fever, chills, a loss of taste and smell, nausea, vomiting, diarrhea, dehydration, and relentless pain, the reality began to set in. Her symptoms were consistent with those of COVID-19.

“It’s a very painful virus,” Alvarado explains. “Every single thing hurt. There’s no comfortable position. One day, I tried to take a shower and I had to hold onto the wall. I began crying because everything hurt, and I just couldn’t take it anymore. This virus is emotionally difficult as well. I’ve lost count of how many times I cry every day.”

At one point, she shared that she “just wanted to die.”

Although she’s been fortunate enough to remain at home throughout her entire struggle, she’s isolating herself by following the recommended guidelines — spending her days and nights on a sofa in their second living room. Alvarado hasn’t been able to get close to or touch her husband or any of her daughters, who range in age from 16 to 2 ½. It’s been extremely challenging for everyone, especially her toddler who just wants to be with her mom and cannot understand why she’s not allowed.

“My kids want hugs, they want to spend time with me,” she told SheKnows. “And I can’t. I can’t hug them. I can’t snuggle with them. I’m the type of mom that loves to hug them and it has been extremely difficult to not be allowed to, but it’s necessary to keep them safe. We do communicate every day. I remind them of how much I love them and miss them.”

After a week of immense suffering, Alvarado’s cousin convinced her to get tested. On March 31, with a fever of 101.5, she was swabbed at a drive-thru testing center and was told results could take up to 10 days.

Luckily, her doctor chose to assume the test was positive and prescribed medications that had been successful for others. Alvarado’s first round of medication included Doxycycline to treat the infection, Zofran to help with the nausea and vomiting, Prozac for her anxiety and depression, an Albuterol inhaler to open her lungs and Tylenol for the pain. In addition, she was instructed to drink Gatorade, Powerade and Pedialyte — a combination she’s still consuming daily.

The next day, she began to experience shortness of breath and couldn’t take deep breaths. A week and a half later, her blood oxygen level had dropped into the 80s. A normal reading is between 95 and 100 percent. To help her breathe, Alvarado was told to increase the use of her inhaler from every four to six hours to every three hours during the day and throughout the night. She began to regularly monitor her levels using a pulse oximeter she’d purchased several years ago for her nursing job.

On April 6, Alvarado finally received her positive diagnosis, and since the nausea and vomiting still hadn’t subsided, an additional medication, Reglan, was added. It also became extremely hard for Alvarado to speak – she frequently paused to catch her breath. Texting, she says, became her best friend. It was how she communicated with everyone, even her husband and daughters.

Fifteen days after her diagnosis, Alvarado was still very ill and only sleeping between two to three hours per night. While the body pain had decreased, she continued to experience intense headaches, nausea and shortness of breath. Her doctor changed the antibiotic, prescribing a penicillin for the next 10 days. She was told to continue to self-isolate for the next two weeks.

“It just seems like the virus has made itself comfy here,” a defeated Alvarado explained. Her doctor had a few patients like Alvarado who were experiencing symptoms for more than 30 days. Perhaps it was because, as Alvarado’s doctor told her, she’s “no spring chicken.” Alvarado is 40 years old.

“It’s crazy,” she exclaimed. “I don’t smoke and I barely drink a glass of wine. I don’t have underlying health issues… I hear of people getting better in two weeks, and I’m wondering why everything has happened differently with me. And it’s weird because I haven’t gotten so sick that I need to be admitted to the hospital, but it’s been a pain. It’s just like a lingering bug.”

As Alvarado continued to struggle with her illness and isolation, her husband continued to work extended hours, and her girls continued to fear that their mom may need to be hospitalized, a new frustration entered Alvarado’s life: the virus deniers and anti-quarantine protestors.

“I went to a local Facebook page and read people claiming that coronavirus is fake,” she said. “But people are suffering and dying from it. This just infuriates me. It’s crazy that people think this is fake! How could they possibly even?”

Alvarado is, understandably, fuming as she speaks; when you’re in agony from something very real, it’s difficult to understand why people would deny it or blame the media for exaggerating or falsifying the numbers. But when the anti-quarantine protests began, she became enraged. COVID-19 was still wreaking havoc on her body, and she was still in isolation.

“It made me so upset, so mad,” she says. “Others were complaining of being unable to go shopping, hang out with friends, while I was lying in pain…feeling like I was dying. How selfish were THEY?”

On April 25, Alvarado’s feet began to swell and the lower half of her legs and ankles became painful. She was perplexed as she only had swollen feet after giving birth. She returned to the doctor two days later.

“The virus is still here, still here,” Alvarado tells us. “And I’m really dehydrated even though I feel like I drink enough to drown myself. Plus, my blood pressure is low and heart rate is high. I’m now starting round three of antibiotics and my doctor says I need to force myself to drink even more, a lot more.”

Alvarado was given Azithromycin to combat these latest symptoms. Luckily, Alvarado hasn’t gotten worse, and some of her symptoms have improved. She no longer experiences diarrhea, vomiting, loss of taste or smell, fever, body pain, chills, sore throat or the inability to take deep breaths. The shortness of breath, nausea, cough, body aches and dehydration have decreased in severity. And while the headaches have also decreased in severity, they continue to persist throughout the day, and she regularly takes Tylenol for relief.

“I’m thankful to be home and not in a hospital, or worse — on a ventilator,” she says. “It saddens me that the virus has lingered for so long in my body, but I’m thankful that I’m home. It could always be worse.”

She’s also thankful for her friends and family. Alvarado’s parents have cooked and purchased necessities, leaving everything on her front steps. Her husband has handled the grocery shopping and taken care of the girls. Friends have reached out repeatedly, sending uplifting messages and offering to drop off items. Her nephew’s in-laws have sent masks for her girls. Even her new real estate agent, whom she’s only met once, regularly emails to ask how she’s doing — and his mother, who lives in Wisconsin and makes masks for healthcare workers, mailed Alvarado 15 masks.

“I am thankful to all that have showed love and concern for me and my family,” she says. “It has been really difficult, and I am truly lucky to have people from all over the country and outside the country rooting for me.”

It’s been over two months since her initial symptoms, and Alvarado is still fighting. She’s very slowly improving, but must be symptom-free for one week before she can retest for COVID-19. And then, hopefully, finally, she’ll be able to hug her kids again.

Struggling to talk to your kids about coronavirus? These children’s books can help.