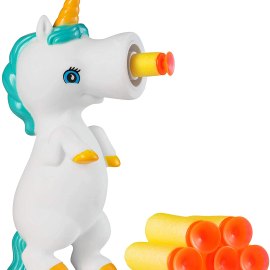 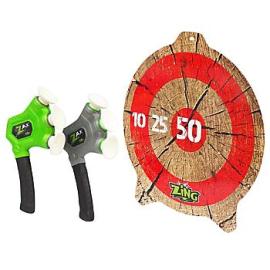 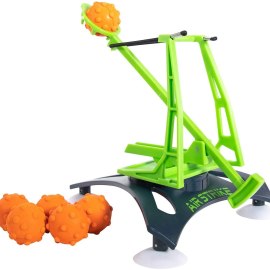 Toy Gun Alternatives That Parents Can Feel Good About 15 Images

We all want our children to have active, vivid imaginations. We know that they learn best through play. But does that mean that in order to be good parents, we need to be their ready and willing playmates at all times? We sincerely hope not, especially considering the fact that, for many of us, playdates and school are still off the table for the foreseeable future. And it seems as if the parents of Reddit are with us in kinda, sorta hating when we’re on “pretend play” duty.

“Anyone else really hate pretend play, or is it just me?” mom JeniJ1 wrote in a post on the Parenting subreddit. “Don’t get me wrong; I understand the value of it. I love it when my son talks to his teddies/toy dinosaurs/thin air, and I can sit back and marvel at the world he is creating. I love the fact that my son wants to include me in this, by asking me to pretend to be a shopkeeper/ghostbuster/dog. But do I actually enjoy it? No. I hate it. It’s exhausting. I would much rather get out the marble run/do some painting/go for a walk/almost anything else.”

Of course, she’s not the only parent who feels this way. But except in the rare parenting essay, it’s just not all that common for us to admit as much to each other. While we’re trying so hard to treasure every minute of our children’s early years, it feels wrong not to love participating in their imaginary worlds. The reality is, our imaginations are old and stale, and we’re just not built for make-believe the way they are.

Other parents were eager to chime in with their own rants about their kids’ pretend games.

“I’m so glad other people feel like this!” spugzcat said. “I thought I was just terrible at playing! It was making me kind of sad that I can’t just enjoy pretending to be princesses.”

“The moment my daughter wants me to play with animal figurines, I become super tired and sleepy,” tim4tw admitted. “Like, it honestly overwhelms me. It feels like I have narcolepsy.”

“Oh my god this,” tpskssmrm wrote. “I’m tired of making babies talk to each other, I’m tired of being the checkout ma’am, the haircut ma’am, the doctor, the T. rex. All of them have a specific script I have to follow.”

The strict scripts were a common complaint.

“My 3-year-old-has me pretending to be a garbage truck ALL DAY,” 364daystilpretzelday said. “He has very specific verbiage that I need to say as well while playing. I can’t wait until this phase is over.”

“I had to be a robot, and if I messed up the lines from the imaginary script no one gave me, there was hell to pay,” inthevelvetsea added.

Many, like JeniJ1, power through their games because they feel they have to.

“Playing with my toddler is mind-numbing,” lightblue1919 wrote. “I do it, but man do I count down the minutes until he gets distracted and starts playing by himself. My parents never did it with me and I’m trying to do better rather than be like, ‘I turned out fine.'”

I’m pretty sure we’re not the first generation to realize this about ourselves. This must be one reason people have more than one kid, so they can play with each other instead of needing us on the ground with them. Not that it helps all that much — kids still want to play with Mom or Dad too. It’s also why we have playdates and daycare and school, because interacting with each other on this level is great for their development and it gives us a break.

But in the absence of those options, several parents had a few hacks to suggest:

“I only ever enjoyed when they were the doctor, and I was the patient who was too sick/broken to get off the couch,” brittanybonkley wrote.

“My son loves being superheros and I’m always the bad guy, [which] means I get to lie on the floor playing ‘dead,'” Ginabambino said.

One mom had a great solution for what to do during quarantine: “I have an only child and so I am IT right now, especially since my husband is only home on the weekends, if that,” Snaxx9716 wrote. “I’ve explained to her that pretend play is really difficult for adults because my mind doesn’t work the same way as hers and that seems to have helped her understand that it’s not that I don’t want to spend time with her. My saving grace has been Facebook Messenger Kids. I added some of her friends from school, and they pretend play via FaceTime, and it has saved me from playing with LOL dolls for the last month.”

We have some suggestions of our own here for making pretend play more bearable. They include setting time limits and getting a change of scenery.

But also, we can find comfort in knowing that kids can benefit from playing on their own too. This helps to teach them independence and won’t tie them to your boring grown-up realistic way of seeing the world. So give them a few minutes of your time, tell them you love them, and then feel free to get up and leave them to their own, very capable devices.

Need some new play ideas? We love these fun alternatives to toy guns.