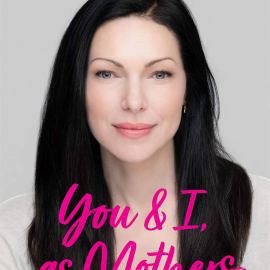 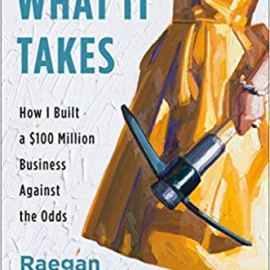 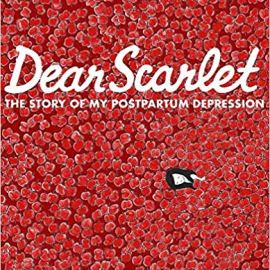 Let me preface this by saying: I love my children. I love them so hard, it hurts. But if there were ever a time I needed a break from them, that time is now. This Mother’s Day, I don’t want anything to do with my kids.

Having been stuck inside with my children for over a month, the excitement of getting to see them more than usual wore off long ago. While my husband gets to work his usual 9 – 5 from home, I’ve volunteered as tribute, dutifully taking on the role of primary caregiver because my job is more flexible and can be done in the precious hours of the early morning and late evening. As a result, I’m with the kids all day, every day. Whoopie.

My husband asked what I wanted for my quarantine Mother’s Day, and I answered before he could finish his sentence: “I want to be alone.”

I would love to wake up leisurely on Sunday morning, instead of being prodded by pointy little knees and nubby elbows at 7 a.m. Sleeping in till noon would be ideal, but I’ll take anything past 8:30 for now. It would be a dream to avoid the morning arguments of why they can’t wear their bathing suits because it’s snowing outside in Toronto, and why they must brush their teeth using their own toothbrushes, not each other’s.

Next, I’d give anything to have a long, hot shower where there are no curious heads poking around the shower curtain, asking to see my “big boobies that move.” It would be a bonus to get dressed without having to explain how a bra works or why I can’t share my contact lens solution with them.

I often daydream about eating my breakfast alone, quietly, in a clean house. I could eat slowly without fear of creeping fingers sneaking a piece of my turkey bacon, or a squeaky voice asking me if they can sit in my lap while I “get more energy to play.”

Instead of negotiating with the kids about putting on their boots and coats to go play outside in the yard, I would sit in the light of the morning sun at my kitchen table and do a little bit of work. I can barely remember what it’s like to not be interrupted every three minutes with questions like “why don’t owls have hands?” and “are we all going to die at the end of the world?”

I’ve literally never done this before, so here’s an idea: I imagine it would be quite nice to head up back to bed with my laptop after breakfast and some work, and watch Netflix. I could even have a snack. The last time I tried to eat a bag of chips in front of my kids, I only got two tiny ones while they stole the rest. Instead of sitting through another episode of PJ Masks or Peppa Pig, I could finally catch up on Brooklyn 99.

For lunch, I wouldn’t have to worry about using up the produce carefully so nothing goes bad before our next grocery delivery two weeks from now. Perhaps I’d just have a big bowl of ice cream, or maybe a grilled cheese on white bread — that someone else made for me.

When I need to go to the bathroom, it would be wonderful to not be followed in by two inquisitive minds who want to know if I need help wiping my “bagina” and whether I made sure to “wipe front to back.”

Instead of cutting up tiny pieces of construction paper into the shape of cat ears and carefully gluing them on to a toilet paper roll for craft time, I’d like to sit on the porch with a glass of wine, and listen to the new sounds of silence in my neighborhood. There would be no catastrophic fight to defuse about who had the longer turn on the ride-on hippo toy that plays the most annoying songs.

Maybe I’d read one of the books in the teetering pile on my nightstand, many of which have been there collecting dust for the last five years. (While my intentions have been good, time has not been on my side when it comes to doing things I love.)

Instead of having dinner at our usual early-bird special time of 5 p.m., where I constantly have to remind the kids to keep their bums in their chairs, I’ll eat at a normal time — when I’m actually hungry. Oh, and I would love to eat a meal — any meal — that I don’t have to cook. Bonus points if I don’t have to wipe it up off the floor once the kids are done, too.

Avoiding the chaos of the kids’ bedtime would be the cherry on top of a dreamlike day. There won’t be any splashes of bathwater on my sweatpants, and I won’t have to raise my voice to get them to calm down enough to sit for a story.

Maybe I’ll take a walk in the neighborhood or call a friend. Maybe I’ll do literally nothing and just sit in a chair staring into space, because sometimes that feels good too.

And when the day is over, I will feel like my cup is full again — and that I have the stamina and motivation and desire to get back to my quarantine life, with my kids. You know, the ones whom I love even more than I did yesterday. Now that’s a Mother’s Day worth dreaming about.

How about spending your day alone reading one of our favorite nonfiction books for moms?

8 mins ago
by Alyssa K. Davis