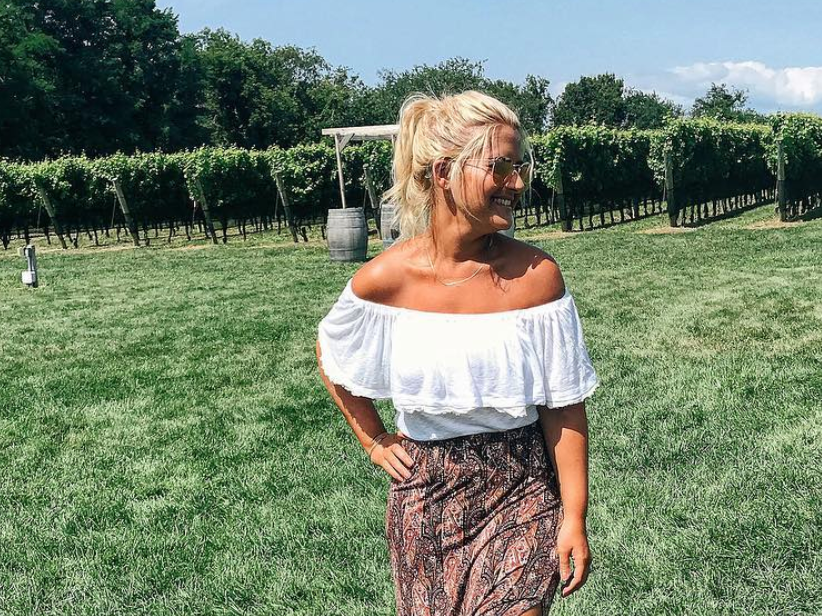 When my daughter was just a few months old, my husband and I were sitting around with family and friends talking about what her personality might be like as she gets older. I made a comment about how I was really shy as a kid, and I wondered out loud if she would be like me, or if she would be more outgoing like my husband.

Someone there (who shall remain nameless) quickly said, “Well, Jessica, we definitely don’t want her to be shy.”

The comment stung, maybe more than it should have, and weeks later, I was still thinking about it every once in a while. While I legitimately don’t think this person meant to insult me or any other shy person, that’s exactly what they did. Months later, it still bothers me, mostly because I’ve heard other people say similar things. I’ve come to the realization that most people think that having a shy child is a very negative thing, and they’re not afraid to express that. And honestly? I don’t think it’s fair.

My daughter is only about 8 months old, so it’s obviously really hard to say what her personality is going to be like one day. Still, I’ve already seen a few traits in her that I recognize in myself: She tends to snuggle up to me a little closer when a lot of people are around, she is particularly uncertain around men, and it takes her a while to warm up to new people in general. While there’s definitely a chance she could end up as more talkative (like my husband), there’s also the chance that she could be as quiet and introverted as I’ve always been. And no matter what anyone else says, I’m okay with that.

Like most people right now, my anxiety has quite literally never been worse. It’s hard to sleep and work and go on with any sense of normalcy without feeling an immense feeling of pressure and fear. Here are the only things helping me right now: •My daughter. Seeing her wake up with a huge smile on her face every day gives me a sense of hope. She is keeping me functioning rather than laying on the couch with dread. She’s my motivation not to give in to the anxiety. •My husband. His lack of anxiety balances us out. And his stupid dad jokes make me smile 💕 •Working out. Every morning I wake up early to exercise and it makes a huge difference. •Yoga. @adrienelouise #yogawithadriene offers free videos on YouTube and they’re excellent for anyone interested. •Walking outside for fresh air. Each day it’s warm enough I take Sophie for a walk. It relaxes me and makes me feel more positive. •Watching silly TV. I don’t want to watch anything remotely serious right now. I’ve been watching reruns of Lizzie McGuire on Disney+ and it is weirdly calming. •My morning coffee. Each day I start with a routine that gives me peace of mind. I make coffee and it allows me to feel some normalcy. If you have any other ideas let me know what they are. I’ll take all the help I can get at the moment. 💕

To be clear, there’s nothing inherently wrong with being shy. Does it make some social situations a little bit more difficult? Sure. Does it mean it might take her a little longer to make friends? Possibly, although I never had a friend problem as a shy child. Is it a sign that she might struggle a bit with speaking up for herself? Probably, but that’s something that can be worked on.

It doesn’t mean that she’ll be less smart, less kind, or less of a wonderful friend and daughter. If you need legitimate proof, scientific research backs this up. According to the American Psychological Association, experts say there’s nothing wrong with shy children, and, in fact, society benefits from having some people who err on the more socially cautious side. Researchers have also found that shy kids can end up making great leaders because they listen well, they have rich inner lives and are better able to process the world around them, and there’s nothing wrong with their language skills even if they aren’t speaking up. Obviously there are downsides to being shy, but there are also downsides to being extremely outgoing. But, for some reason, shyness is often seen as a trait that needs to be changed.

This doesn’t mean that I want her to have difficulty with social situations or that I will encourage any negative shy behaviors. It just means that I’m not going to try to force her to be someone she’s not. If she happens to be a naturally shy person, I’ll do what I can to help her speak up and be friendly with others without pushing her to be louder and more boisterous. As her mother, I will never allow her to feel bad about being shy. One, because I don’t agree with trying to change anyone’s personality so they fit what you want them to be.

And two, because I know from experience that shy children are likely already quite self-conscious about being shy. If there’s one thing that makes that worse, it’s adults shaming them for that trait because they’re trying to “help.” Growing up as a shy child, I was constantly told I needed to talk more or participate more. The way the adults in my life always tried to push me into being more outgoing made me feel less confident in myself, and ended up making me feel even more timid. I often felt like my reserved personality meant I wasn’t good enough, and that made it even harder for me to come out of my shell.

I also realize that intense shyness is something one often grows out of, eventually. It took me until college to start to stand up for myself, to raise my hand in class when I knew the answer, and to make friends with strangers unprompted. Today, I’m still on the more shy side, but I’m much more outgoing than I ever was. And also? That shyness did nothing to hinder my life. I’ve always had a solid circle of friends, I’ve always held a job with no problem, I’ve been a manager and a boss, I’ve interviewed famous celebrities (while internally shaking), I’ve held meetings, and I’ve successfully networked.

The point is this: Shyness doesn’t always hold people back the way some think it does, and I’m sick of everyone acting like it’s a trait that needs to be squashed. If my daughter does end up shy, I’ll support her and help her blossom as much as I can. In other words, I’ll accept her for who she is. I’ll never be caught saying, “you’re too shy” to her — and I’ll defend her against anyone who does.

Here are some of our favorite children’s books that both little introverts and extroverts should read.