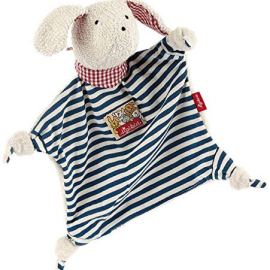 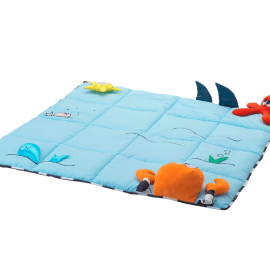 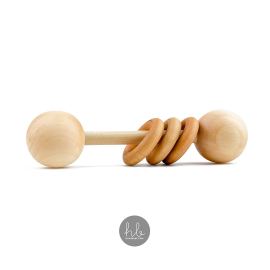 If you had been in a cave for the past two months and just emerged to read the news today, you’d probably think it was all made up. Which is probably why people are vacillating between believing everything they read and nothing at all — and both of those are dangerous, especially when it comes to deciding how best to care for your family during a pandemic. An example of this danger came from a Twitter exchange between Meghan McCain and Michigan’s Governor Gretchen Whitmer over the weekend, discussing rumors that the state had banned the sale of children’s car seats in stores.

TLDR: No one has banned the sale of car seats anywhere.

Now, we’ll back up and explain what happened. On Thursday, Whitmer announced the extension of the state’s stay-at-home order (which had been set to expire on April 14), and made it stricter. Businesses that can stay open have to restrict the number of people in their stores, and they either need to cordon off areas selling nonessential items or remove them from the shelves. The list of nonessential items includes: gardening, painting, furniture, carpeting, and flooring.

Guess it’s good I don’t live in Michigan – otherwise how would I transport my child home from the hospital @GovWhitmer? Are you going to ban cribs next? Being pregnant during this time is insanely stressful – we are all doing our best. Shame on you for doing this @GovWhitmer https://t.co/f5JH1RhHHt

On Friday, Tory Sachs, the executive director of the conservative group Michigan Rising Action, tweeted a photo showing a photo of a Walmart that had cordoned off its car seats, according to the Detroit Free Press. The sign in the store told people to buy nonessential items online.

“Per order from @GovWhitmer, people in Michigan are now banned from purchasing a new baby car seat in stores,” Sachs wrote. (FYI: Whitmer is a Democrat.)

This is the tweet that McCain retweeted on Sunday morning.

“Guess it’s good I don’t live in Michigan – otherwise how would I transport my child home from the hospital @GovWhitmer? Are you going to ban cribs next? Being pregnant during this time is insanely stressful – we are all doing our best. Shame on you for doing this @GovWhitmer.”

The stay-at-home order included no such ban, so it’s unclear why this Walmart had decided to cordon off that area. Do they think car seats are furniture?

The tweet also linked to an FAQ about the order. A spokesperson for the governor told the Free Press that the office added the clarification about car seats once the rumor had begun to spread.

It now reads, “Q: Does Executive Order 2020-42 ban the purchasing of car seats for children? A: No. Car seats may be available for purchase.”

Of course, should you not want to enter a store to purchase a car seat, there are plenty of ways to do so on Amazon, Walmart, or other online retailers.

Given the party affiliations involved, we could read this as another example of how the pandemic response is becoming needlessly politicized. Whether or not that’s the case, it’s just a good idea to follow a few simple steps before you retweet or forward “news”: First, take a deep breath. Then, Google the crap out of it, until you find a reputable news source or actual government website backing up or refuting your initial source. Finally, if you’ve determined it’s true, decide whether sharing it will actually help others or just make them want to curl up in a ball for the next three months. If the answer is the latter, maybe share a funny cat photo instead?

Bringing a new baby home soon? Here are the best toys for their first year.