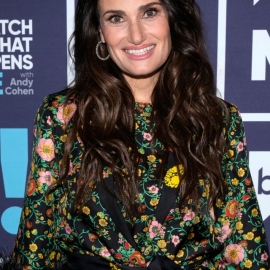 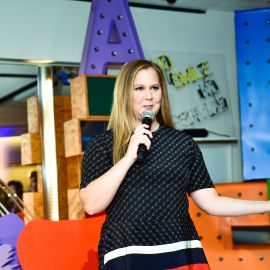 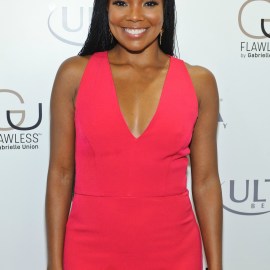 Here’s a friendly reminder to the world: Women’s bodies are their own. Even when they get married, engaged, or otherwise coupled up, what they do with their uteruses in particular is solely their business. We didn’t think that was something that needed to be said aloud again, until we happened upon a Reddit post from someone’s future mother-in-law this week under the subject line, “AITA for convincing my son to take his fiancée to get a fertility test?”

The lengthy post, which has since been removed from the AmItheAsshole subreddit, is a gem on so many levels. The mother describes how her 41-year-old son is engaged to a 20-year old woman after having “a string of girlfriends that have either used him to further their career or have caused drama in our family.” Now, he apparently wants to settle down and have children.

The mother is relieved that this new woman “is extremely sweet, open-minded, and is very good with children.” She also “never makes my son feel inadequate, the thought of which breaks my heart.”

So, OK, that’s nice. When our kids are grown, we also hope they’ll find supportive, loving partners. But then comes the turn.

AITA for convincing my son to take his fiancée to get a fertility test? https://t.co/ipXA5gJu4x pic.twitter.com/WBKFwFmcNh

“Our family strongly believes that children are an essential part of a marriage,” the mother writes. “Therefore, I asked my son if he could convince his fiancée to take the whole panel of fertility tests.”

Don’t pick up your jaw from the floor just yet, because also the son agreed with her and booked an appointment (in a pandemic, mind you) for a home visit, so she could take these fertility tests. The mother was then surprised to discover that the fiancée’s mother is angry at all this. We have no idea how the fiancée herself — who seems to have no underlying health issues to cause this worry in the first place and is 20 years old! — feels about the appointment.

Making herself look even more like the mother of the year, the original poster adds this comment about the possibility of her son adopting a child: “But adoption would never feel authentic in that part of the joy of being a parent is having kids who look like you and carry on your legacy.”

“This young girl should reconsider whether SHE wants to marry into this family,” wrote tatianazr. “Not the other way around. So gross, inappropriate and frankly straight up mean.”

While some commenters have even questioned whether the post is too awful to be real, one woman’s comment made us think it’s totally feasible.

“I was this bride,” SenselessStatements wrote. “She’ll leave him anyway once she realizes she’s been groomed by someone obscenely older than her who sees her as a walking uterus. I hope she runs from you.”

Also, this harsh zinger is giving us life: “Shitty traits can be inherited, too. It’s not necessarily a bad outcome for the universe if the genes that led you to write this fizzled out.”

Well, if this woman really exists, we hope the fact that she deleted her post means she saw the error in her ways. We hope we live in a world where some people change their minds like that, anyway.

On a happier note, here are some of our favorite celebs talking openly about their own fertility journeys.