Virtual schools — also referred to as online schools, virtual/online academies, virtual charters — are public and private institutions that offer comprehensive, remote educational experiences, and they’ve been in existence since long before COVID-19 school closures had parents across the world looking into homeschooling and remote-schooling options. Even outside of a global pandemic, students from all backgrounds might seek virtual schooling for several reasons: the student, parent, or sibling is in the hospital; the student has a disability or a chronic illness; the student is pursuing a career in entertainment.

Related story Teens Film TikTok Prank Telling 8-Year-Old Her Parents Died — How Should They Be Punished?

Increasingly, though, students are opting for online education because they have been bullied, says Melissa Brown, director of schools at Pearson Online and Blended Learning. (Pearson provides services and support for Connections Academy Schools, which serve 75,000 students at 40 schools in nearly 30 states.)

“We are seeing unprecedented numbers of kids coming to us who experience anxiety and depression,” Brown, who’s worked in virtual education for over 15 years, tells SheKnows. “They’re facing challenges with their weight. They have chronic medical and acute illnesses that follow them throughout the school day. We have lots of LGBTQ students in our schools. We have students who have been through some kind of trauma, the death of a parent or a sibling.”

Bullying is not a new phenomenon, but it remains one of the most pressing issues for kids and teens. As many as one in three kids in the United States has experienced bullying, either in-person or online, according to StopBullying.gov, a website managed by the U.S. Department of Health and Human Services. In response, non-profits, celebrities, schools, and First Lady Melania Trump have all unveiled anti-bullying campaigns to teach kids about the dangers and offer support. Still, many parents worry about keeping their children safe — and some are taking unconventional measures, like pulling their kids out of brick-and-mortar schools in favor of virtual schooling.

A 2019 Pearson survey found that 23% of parents enrolled their kids in Connections Academy to “avoid bullying,” while 13% said they joined because they had been bullied at a previous school. Fears about safety are also a significant concern. A staggering 84% of respondents said school safety has declined over the past 25 years; 36% of parents said they chose online schooling to ensure a “safe environment” for their kids. 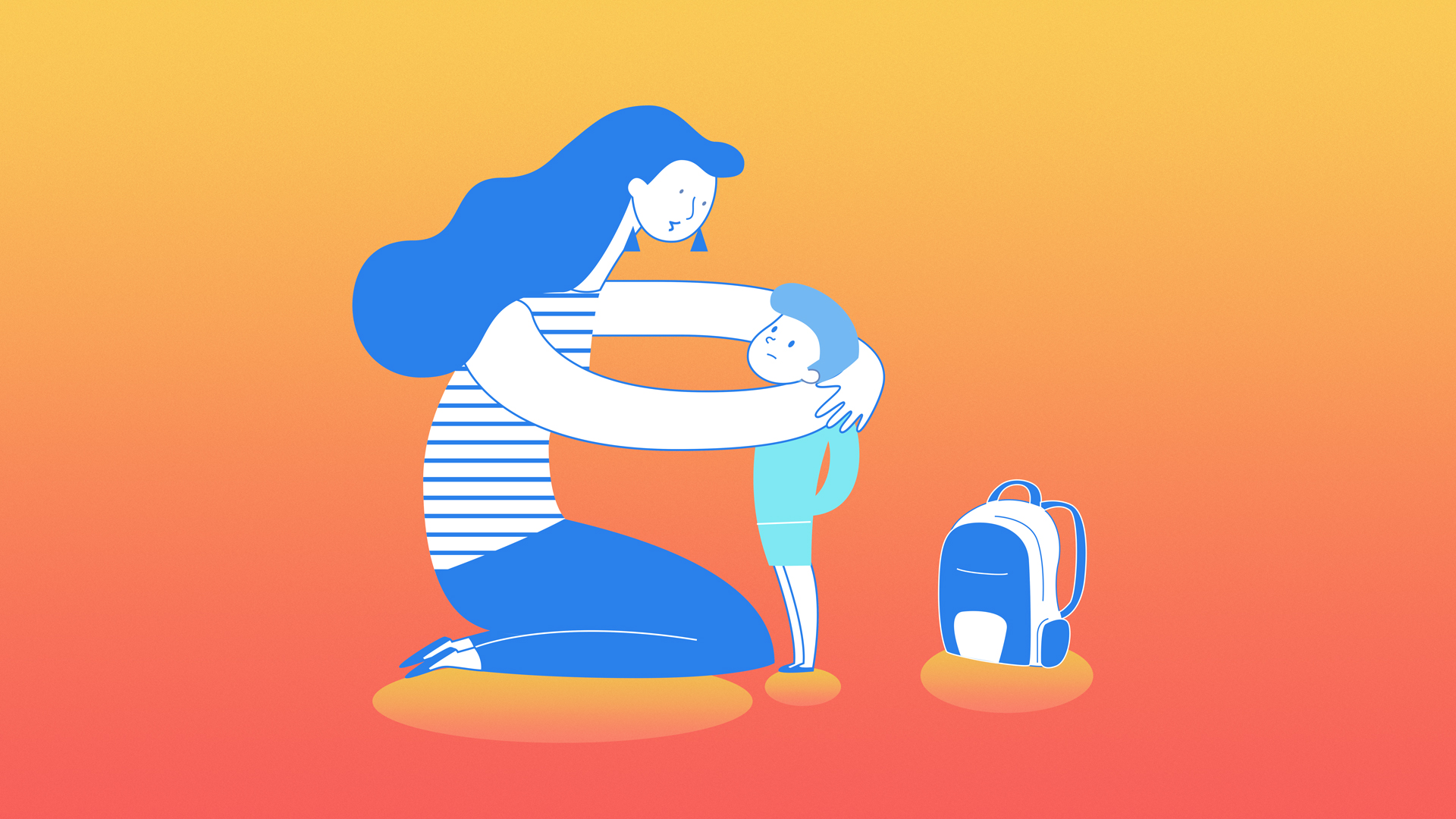 It’s not just in-person interactions that worry them, either. More than 75% of respondents blamed social media for making conditions harder on kids. The NCES reports that cyberbullying increased from 11.5% to 15.3% in the 2016-2017 school year, impacting girls more than boys. Mental health professionals also notice this trend.

“We are seeing a rise in anxiety and depression levels in kids and teens in the last five years,” says psychologist and anxiety specialist Tamar Chansky, Ph.D., who is the Director of the Children’s and Adult Center for OCD and Anxiety and author of Freeing Your Child from Anxiety. Chansky adds that the 24/7 social media-landscape plays a direct role in the increase and “can have such detrimental effects” on kids who experience bullying like never before.

Connections Academy isn’t the only school seeing an uptick in registration. Laurel Springs School, a fully accredited online private school, is growing. “Over the last five years, we have seen students come to Laurel Springs for a variety of reasons, and school bullying, if a family chooses to disclose, is one of those,” Megan Palevich, M.Ed., Head of School at Laurel Springs says.

Data from the National Education Policy Center shows that growth is nationwide. During the 2015-2016 school year, 278,511 students attended one of 528 full-time virtual schools; an additional 36,605 students participated in one of 140 blended-learning programs.

Making the switch seems to be working for some families. Carrie Vonderheide of Indiana says that she enrolled her son, Tyler, in Connections Academy after he experienced severe cyberbullying during his freshman year of high school. He was told “to swallow gasoline, swallow some matches, and die. Put gas in his bedroom and light it on fire and die,” Vonderheid says. “It was horrible.”

The bullying impacted Tyler’s mental health to the point that he “was threatening suicide and was admitted to the hospital for over a week.” 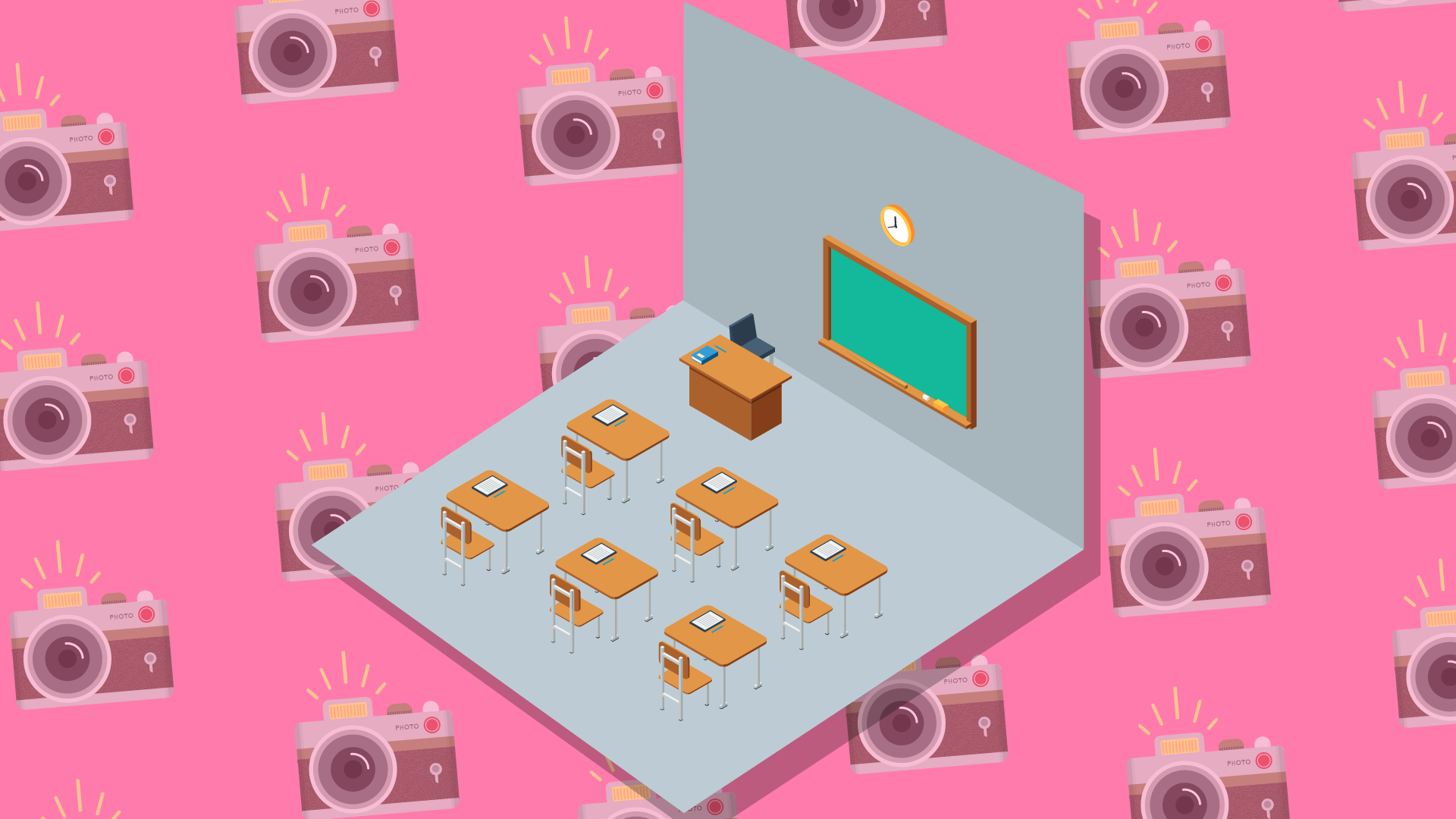 Removing him from the environment completely turned things around for her family, Vonderheide says. Over time, Tyler’s grades improved. He was talking to her and a Connections Academy school counselor regularly about ways he could manage stress. He even made friends and attended two proms, one at a local school and another hosted by the Indiana Connections Academy. His experience persuaded her two other children to enroll online too.

Heather Franz of Colorado says that her elementary-age son was “afraid to say anything in class without being torn apart” by his peers, a Connections Academy representative tells SheKnows. The bullying lasted for years and was so bad he developed “severe PTSD.” Now, he’s receiving treatment and continuing his education online.

But virtual schools have issues too. There are instances of corruption and mismanagement in some for-profit schools, with two virtual schools defrauding the state of Indiana for nearly $69 million in funding. And some parents and education officials worry that online schooling doesn’t provide kids with a quality education. A 2009-2010 report from the Pennsylvania General Assembly’s Center for Rural Pennsylvania found that the state’s virtual charter students performed worse in math and reading than their peers enrolled in traditional schools, Politico reports.

Then, there are worries about how the Trump administration will handle regulations. The U.S. Education Secretary Betsy DeVos has advocated that the government loosen its accreditation standards for online colleges. DeVos is a proponent of online charters at all levels of education, and this raises questions, in general, about her department’s oversight and ultimate goals. 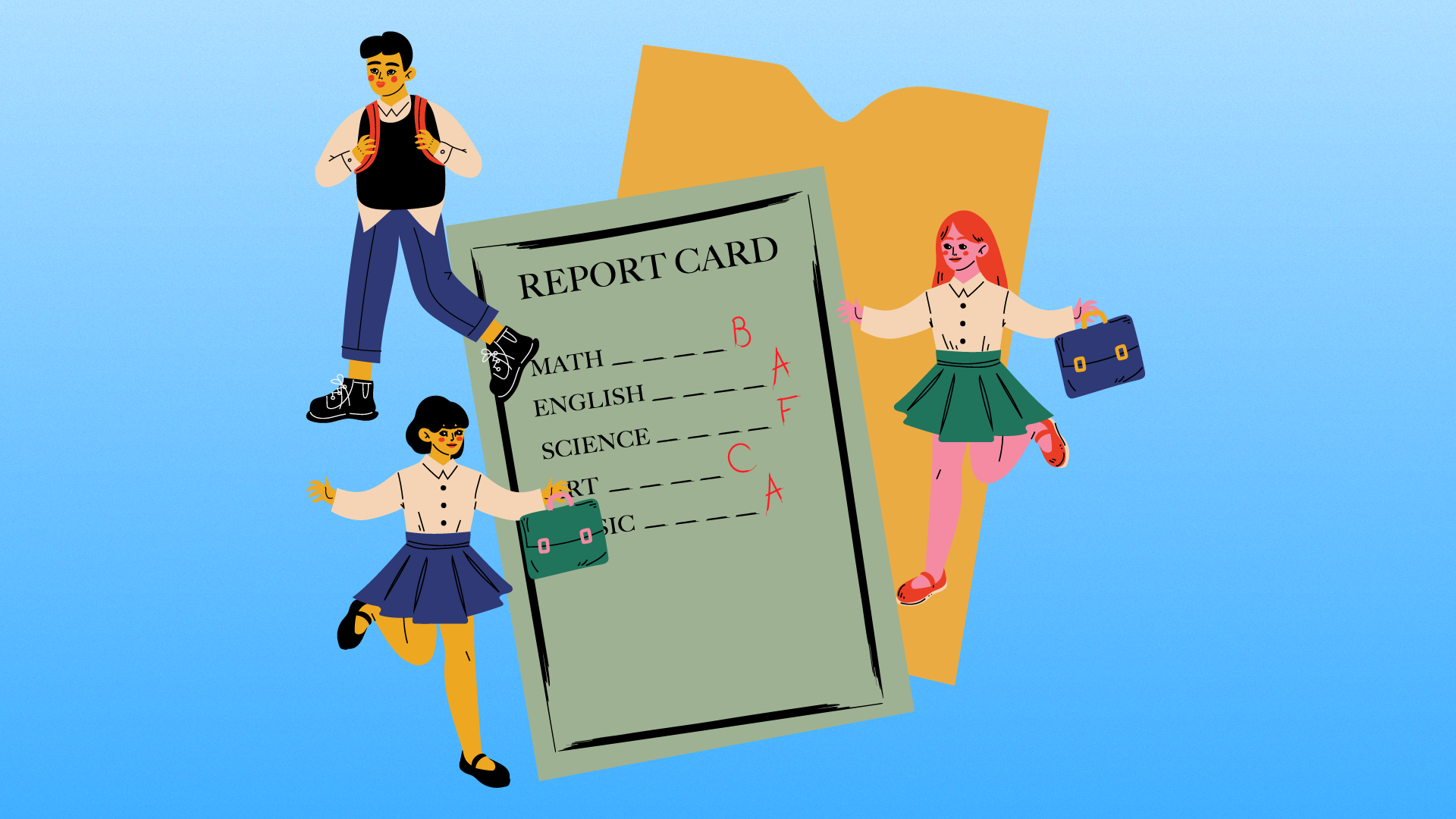 Still, even the best virtual schools boast some accessibility issues. Virtual schools require students to have access to high-speed internet and computers, which can be a challenge for lower-income or rural families. Though Brown says that Connections Academy will provide some students with computers, those instances are rare — after all, its schools are dependent upon funding from the states. Laurel Springs’ prices vary, and students can choose between one class or an entire course load, a representative says; the school doesn’t offer scholarships.

Then, there’s the basic issue of making at-home schooling work. While some parents might be okay with leaving their children home alone to learn, many aren’t, especially if their children are in elementary or middle school. Parents who work from home, like Vonderheide, who runs a daycare, have to balance their jobs and their children’s education. Others might have to give up careers or be financially stable enough to live off of one income or afford in-house childcare. Even Brown admits the model isn’t tenable for everyone.

“One of the things that’s important about our schools is that we rely on the parents to be pretty involved in the child’s learning, and so it’s not a good fit for my family,” she says. “I’m a single mom, so I’m working most of the day.” Yep, even though she works in virtual schooling, her kids attend regular IRL schools.

Local communities, though, can provide a powerful support system for families interested in pursuing virtual schooling for their kids. Brown says she’s seen church parishioners volunteer their time to supervise online students in communal spaces so that parents can work. Another option might be setting up a space-sharing system with other local families also enrolled in online education. And, because the materials are available online at all hours, students can also alter their learning schedules if needed.

Even if scheduling isn’t an issue, the socialization aspect might be. “While in-person, face-to-face socialization is an important part of educational experiences, temporary online learning is not likely to have significant social consequences,” says psychotherapist Dr. Dana Dorfman, Ph.D. “Children should be encouraged to maintain some contact with classmates virtually.”

But what about the impact on long-term students? 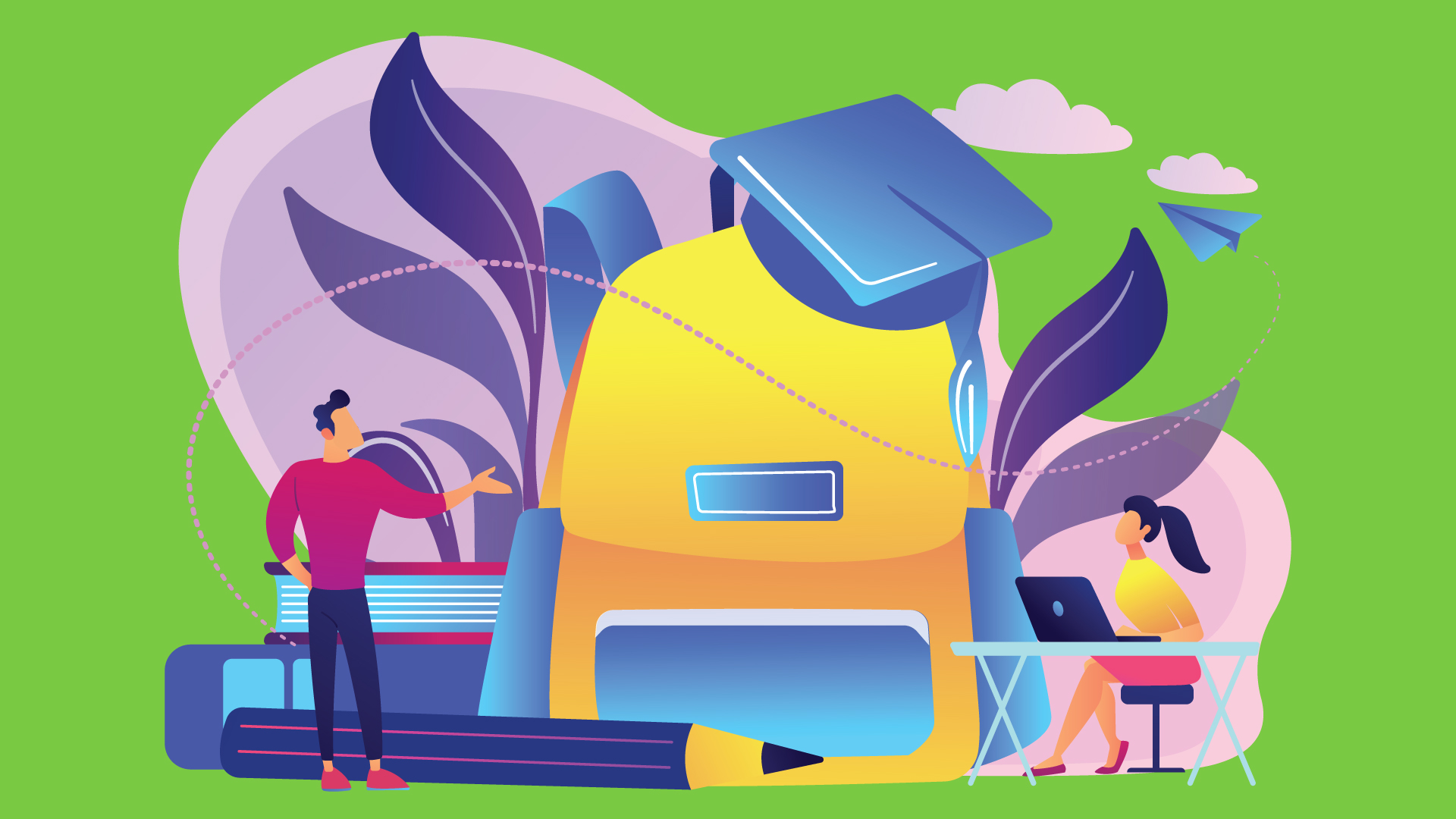 “We get the socialization question a lot where people are concerned that kids will stop socializing, but the truth is the kids in online schools are socializing just like the kids in brick and mortar: they’re on their phones constantly,” Brown says.

Students at Connections Academy and Laurel Springs can also chat with one another in monitored social channels and participate in school clubs, such as yearbook and journalism. Occasionally, they also host in-person experiences. “Students can pick and choose the level of social engagement that they are comfortable with,” Palevich says.

Generally, the students seem to kind to one another, Brown says. “If you go back to that piece about bullying, so many of our students have come to us with negative experiences in their brick-and-mortar schools that they really want to create a really welcoming environment in our schools,” she adds. “They know what it’s like to be different, so they embrace each other in that difference in our school.”

Still, some therapists seem wary. While they agree that online education can be necessary for kids experiencing bullying, both Dr. Claire Thomas-Duckwitz and Angela Parente, Psy.D, say that long-term avoidance might hinder, rather than help some kids.

“I don’t see [online schools] as a good long-term solution because kids won’t get the opportunity to learn, practice, and make mistakes with peers their own age,” Thomas-Duckwitz, a Colorado-based psychologist says. “This is an important part of development, but it needs to happen in the context of safe and responsive schools; ideally, in a setting in which social/emotional skills are discussed openly and taught explicitly.”

“I often find that parents want to shield their children by removing them from a school environment and putting them in an online school,” Parente, a clinical psychologist, adds. “[This] can actually increase their inability to develop the distress tolerance skills they will need for their adult life. In addition, anxiety from the avoidance of the situation can become reinforced when the student no longer has to socialize and interact with peers.”

Palevich says students and their families should feel empowered to “advocate for their own learning,” including socialization. “When students have ownership of their learning along with control over their space and place, they learn independence, time management, and self-advocacy,” she adds. “These skills help to build confidence that they may have been lost due to a traumatic experience.”

Whether online schools truly have a negative impact on students has yet to be determined. And the decision to enroll in online schools, as well as socialize, is ultimately up to a family’s discretion, Chansky says.

“You might say, ‘You’re an anxiety therapist. Don’t you have to deal with the things that are scary for you in life,'” she adds. “Yes, but if the situation is an ongoing, unsafe situation for you, then there are different solutions you have to consider.”

Here’s how to keep kids busy (and brains sharp) during coronavirus school closures.