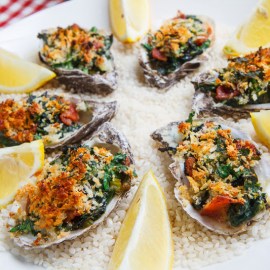 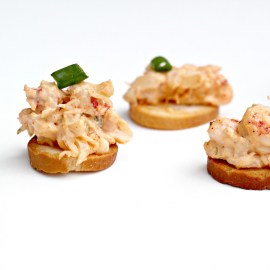 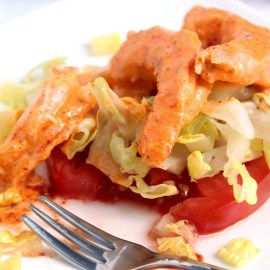 From King Cake to Gumbo, the Mardi Gras Recipes You Need to Try 20 Images

Mardi Gras, as it is celebrated in much of the world, is hardly a kid-friendly affair. And it’s not just because it was co-opted as a drinking holiday more recently, like St. Patrick’s Day or Cinco de Mayo in America. The drunken revelry is, typically, part of the point. Mardi Gras, which can also be called Carnival depending on where it’s being celebrated, literally means “Fat Tuesday” and marks the final day of hard-partying before Lent. Carnival, in its various translations (such as Carnevale in Italian), has a similar origin, coming from the Latin for “goodbye to meat.” Lengths of various Mardi Gras celebrations vary around the world, but they typically crescendo and end on the Tuesday before Ash Wednesday, when Lent officially begins and Christians observe some form of fasting and reflection before Easter 40 days later. Because Lent is central to the Christian calendar, there is some form of Mardi Gras in nearly every corner of the world that contains any Christians — even Goa, India.

While you might not be taking your kids to a party on Bourbon Street in New Orleans, the Mardi Gras time of year is an excellent opportunity for some fun (and tasty) learning with a real global perspective. So before you break out purple, green, and yellow construction paper again, here are seven different ways to celebrate Mardi Gras with kids.

Wherever there’s a party that bends the rules of society for a day or two, you’re bound to find masks. Several Carnival traditions around the world include masks, from the Gilles of Binche, Belgium to the elaborate costumes throughout the Caribbean and Latin America. But perhaps the best-known masks hail from Venice. Modern celebrants are, to this day, completely covered from head to toe, including eerie-but-cool masks. And while you’re probably not going to be able to DIY as elaborate a mask at home, the basis of many of the masks is a simple white covering. Using paint, glue, and paper, you and your kids can look at masks online and have a go at making your own.

Shrove Tuesday pancakes are a lovely British tradition! As a little girl in Scotland, I remember looking forward to those luscious lemon and sugar sprinkled treats and wondered why we only made them once a year! Find the recipe link in my profile. . Pancake Tuesday is so popular in the UK that 52 million eggs are used in one day alone (22 million more than usual.). . . #shrovetuesday #shrovetuesdaypancakes #pancaketuesday #pancakes #pancakeday #britishfood @greatbritishfood #greatbritishfood #pancakerecipe #pancakes #pancakesupper #pancakeswithlemonandsugar https://www.christinascucina.com/traditional-british-shrove-tuesday-pancakes/

Along with masks and revelry, many Fat Tuesday traditions involve eating up all the rich foods in the house. Traditional dishes vary but include doughnuts and other fried treats as well as pancakes. This can be a good excuse to grab some doughnuts on the way to school, but if you want to do something slightly more involved, consider a Pancake Supper. A pre-Lent tradition that started in England, many churches in the U.S. often host a similar event. Even if your family doesn’t observe Lent, it’s a kid-friendly way to learn about the tradition and talk about why people had decadent feasts as well as why they then gave up things like sugar and meat during the Lent season.

Go to the library

Repost from @nadialhohn_author We absolutely loved the book reading 💙 Today's presentation day was a double header at two Toronto libraries and over 100 kids. I did my first officially bilingual English-French presentation at Pape-Danforth library this morning. In the afternoon it was four schools under one roof at the Lillian Smith library. The kids were keen, inquisitive, and fun. I love that I get to share so much about our world and history through my stories and images. So nice to have the support of fellow kidlit author Heather Camlot and Groundwood Book authors Carey Sookocheff, Joanne Schwartz, and Lisa Bowen and Nadia Fresolone. Then a busy rest of the day. @torontopubliclibrary #lilliansmithlibrary @canscaip #canscaip @scbwi #malaikaswintercarnival #malaikascostume #lecostumedemalaika #lecarnavaldemalaika @groundwoodbooks #canlit #kidcanlit #kidslit #diversekidslit #Caribkidlit #booktalks #schoolvisit #ouijeparlefrancais #papedanforthlibrary #ilovetoread #diversebooks #melaninpoppin #melaninonfleek #kidslit #afrokids #kinkyhair #diversitymatters #representationmatters #bookworm #selflove #diversity

So many diverse and rich Carnival traditions exist around the world, and the Mardi Gras season is a great excuse to learn about them. Even if your local children’s library doesn’t have a dedicated section set up for the holiday, it should be easy to start digging up some titles. Using the Dewy Decimal System, you and your kids can look for certain areas to find all non-fiction books for kids on the Caribbean, for example. Folk tales are also filed under nonfiction, and together you can find popular fairytales from the Bayou, Brazil, and beyond. Searching keywords, like Carnival and Mardi Gras, as well as talking to a librarian, is, of course, another no-fail way to come away with a globe-trotting selection of books.

The largest Carnival celebration in the world is in Rio de Janeiro, Brazil. It includes an over-the-top parade where various samba schools compete with costumes, floats, and dancing. Schools are kind of like the Krewes in New Orleans’ Mardi Gras and are based in neighborhoods throughout Rio. If you can’t fly to Brazil to witness it for yourself, brush up on your samba with some kid-friendly videos on YouTube (like this one). Then cue up a Samba playlist on YouTube or Spotify and get dancing.

Have an orange fight

For some reason, oranges play a role in several Carnival traditions. The Gilles revelers in Belgium, for example, hand out oranges in their parade. In Ivrea, Italy, there are actual orange fights reenacting a battle between an evil knight and the townsfolk said to have taken place in the 12th century. While the actual battle leaves some people bruised, having a little orange fight in your front lawn with Cuties is unlikely going to inflict the same damage. Once everyone has hurled their basket of oranges, go inside and peel and eat them.

Many Carnival traditions include bidding winter adieu. In Russia, for example, “lady winter” is burned in effigy. Another time-honored way to celebrate the end of winter? Spring cleaning. While this might be a hard sell, it’s possible to get grade school-aged kids invested by talking to them about getting the house ready for spring and giving winter the boot. While it’s more common to see the actual Easter holiday, in just over a month, as the symbolic beginning of spring, there are other ways to get ready, like planting seeds (check to see what is recommended for your area of the world), or even making a big to-do about putting up winter clothes. (This is especially good for kids who are excited about growing — see what winter or spring clothes no longer fit and can be donated.)

It’s a bit of a Jedi mind trick disguised as a Mardi Gras celebration, but maybe you can really sell it with a backyard bonfire with a straw Lady Winter of your own.

When all else fails… Disney

While there aren’t a ton of kid-friendly Mardi Gras movies, there’s one modern classic that deserves a rewatch this time of year: The Princess & The Frog. In case you haven’t watched it in a while (or it came out when you were too old to watch it but didn’t yet have kids), New Orlean’s iconic Mardi Gras celebration is the culmination of the movie. It’s also a great introduction to the lively city: don’t be surprised if your kids want to try gumbo or know more about voodoo when it’s over. It can be an excellent jumping-off point to learn more about the history of the Big Easy, and one that goes way beyond some NSFW bead-tossing for a few days a year.

Plus, here are all the best Mardi Gras recipes worth trying with your family this year.