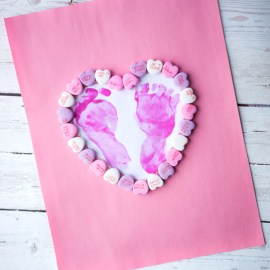 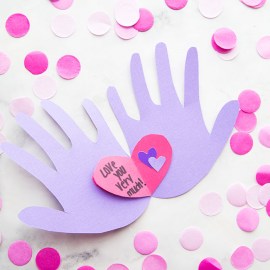 We can’t ever know what goes on in someone else’s marriage, even when we’re talking about the marriage of celebrities like Jessica Biel and Justin Timberlake. Not even when we read stories from unnamed sources said to be close to the couple. But if we did know for sure what’s going on between those two, we’d be worried about the latest bit of news about what they’re doing to hide any conflict from 4-year-old son Silas.

After Timberlake was photographed holding hands with his costar, Alisha Wainwright, in December both he and Biel have been making the occasional public gesture to show that they’re still together and doing fine. Still, we can’t imagine they don’t have the occasional fight about it or, you know, anything else that couples normally argue about. But according to a report in Us Weekly today, they’ve been sheltering their son from any of that.

“They agreed not to fight or argue in front of him,” said the source. “Justin and Jessica have so much fun at home with him. It’s very cute to see.”

Does this ring alarms for any other parents out there?

On this very site, we have spoken with experts more than once about how it’s perfectly fine to argue in front of your kids, helpful even, as long as you do it the right way.

“[I]t’s not helpful to hide arguments from your kids — otherwise when they argue with people, they’re going to feel like something’s wrong with them,” Joani Geltman, author of A Survival Guide to Parenting Teens, told SheKnows. “Conflict is a natural part of being human.”

There’s also evidence that adults who grew up seeing their parents argue have lower stress levels when they fight with their own partners.

Happy Mother’s Day to my beautiful wife @JessicaBiel and all the Moms out there CRUSHING this thing called life. Jess, you are the glue that holds our family together and I’m so grateful to be your Huz… I LOVE YOU! Every day should be Mother’s Day!!

There are limits, though. Geltman advised against brawling, degrading each other, or fighting about sex in front of children.

“Calling names, very overt aggression, saying things like, ‘You did something to me’ — that shouldn’t be in front of the kids because that becomes more personal to the kids than just being mad at each other,” she said. “They need their parents to be secure.”

It’s also crucial that when parents resolve their fights and make up to each other, their kids get to witness that happy ending. That models healthy conflict resolution for them.

This is what another of our favorite celebrity couples, Kristen Bell and Dax Shepard, make it a point to do. (For more on that, listen to Shepard’s Armchair Expert podcast interview with marriage guru John Gottman.)

We’re thrilled to imagine Silas Timberlake’s parents having “so much fun at home with him.” We’re not monsters. But don’t feel like you’re a terrible parent if you and your partner don’t exhibit those same levels of Herculean control.

Looking to spend some quality time with your family? You still have time to make these Valentine’s Day cards with them.

10 hrs ago
by Nicole Witt