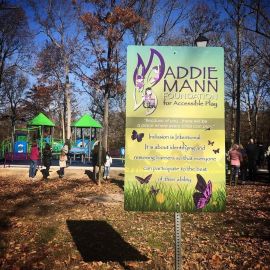 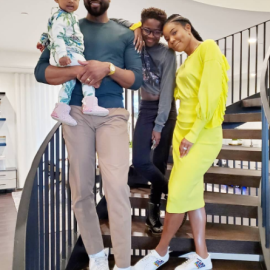 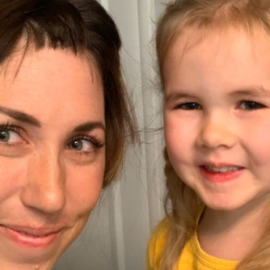 On Tuesday morning, we saw Dwyane Wade confirm on Ellen that his 12-year-old came out to him as a transgender girl who wants to go by Zaya, and his supportive words warmed our hearts for the day. Today’s warm fuzzies come from Wade’s wife, Gabrielle Union, who tweeted about her “whip-smart” stepdaughter with an undeniable example of Zaya’s wisdom.

“Meet Zaya,” Union tweeted on Tuesday afternoon. “She’s compassionate, loving, whip smart and we are so proud of her. It’s OK to listen to, love & respect your children exactly as they are. Love and light good people.”

With the tweet is a video Wade took as he and Zaya sat in a golf cart, and the setting alone is a good example for fathers who might fear they won’t be able to bond with a child whose sexuality or gender identity is different from their own.

Meet Zaya. She's compassionate, loving, whip smart and we are so proud of her. It’s Ok to listen to, love & respect your children exactly as they are. Love and light good people. pic.twitter.com/G2lLVdD2VT

“What’s the point of being on this earth if you’re going to try to be someone you’re not?” Zaya asks in the video, which begins mid-conversation. “It’s like you’re not even living as yourself, which is the dumbest concept to me. Be true and don’t really care what the stereotypical way of being you is.”

Wade, who seems truly interested in learning from his daughter, asks, “Even when people are being mean, and even when people are getting hurt because they’re trying to be themselves and even through that you still want people to live their truth?” (Wade has already been defending Zaya against trolls on social media for the past year, so we understand he might be feeling protective of her too.)

But yes, even then you should live your truth — that’s Zaya’s confident response to her dad’s question. “Even through hard times you gotta just push through,” she says. “I feel like it’s very worth it, when you reach that point of yourself. When you can look in the mirror and say ‘hi’ to yourself. ‘Nice to meet you,’ instead of, ‘I don’t really know who I am.’ “

And Zaya isn’t alone; plenty of her generation are rejecting the social confines of the socially-prescribed gender binary. In fact, we followed a group of 25 tweens and teens for five years to get their perspectives on it — and they’ve only grown more confident about busting the mold. Watch:

Wade told Ellen DeGeneres that he and Union believe it’s their responsibility to learn as much as they can to help Zaya be “her best self.”

“Internally, now it’s our job to go out and get information, to reach out to every relationship that we have — my wife reached out to everybody on the cast of Pose,” he said.

Union also thanked that network of people teaching them how to be supportive allies of a transgender child, and she acknowledged that they still have more to learn.

Huge huge huge THANK YOU to everyone whose dms I slid into, friends, & family who provided information, resources, love & encouragement. We are humble LGBTQ+ allies with ALOT to learn & grateful for all the support. We encourage yall to check us as needed 🤗 Again, thank you!

“Huge huge huge THANK YOU to everyone whose dms I slid into, friends, & family who provided information, resources, love & encouragement,” Union wrote. “We are humble LGBTQ+ allies with ALOT to learn & grateful for all the support. We encourage yall to check us as needed 🤗 Again, thank you!”

In addition to many crying gifs, heart emojis and words of encouragement from fans and famous friends, there were many close-minded, offensive responses to Union’s tweets. But if Zaya isn’t going to let those haters bother her, we’ll try not to either.

Dwyane Wade and Gabrielle Union were in good company this past year as awesome parents we love to watch. These were our favorite viral parenting moments of 2019.