“Welcome! I’m Jerry. Can I take your coat? Would you like anything to drink?” The man greeting me at the door of the Manhattan townhouse wasn’t some publicist or cater waiter, but actor Jerry O’Connell. I was speechless with surprise at first, but I probably shouldn’t have been. It was, after all, the unveiling of wife Rebecca Romijn‘s new jewelry line Charlie Dolly, named after the couple’s twin 11-year-old daughters, and this family is nonstop supportive of each other.

Of course, any celebrity can license their name to a company these days and start a line of fashion, jewelry or, say, dishes. But that’s not how Romijn wanted to do this. Since the early days of her career as a model in Paris, she’s been gestating the idea for diamond jewelry with minimal settings that wouldn’t overwhelm the beauty of the gems themselves. It’s taken a minute to make that a reality, but now she says the time is right for Charlie Dolly, and not just because of advancements in laser tech that can cut perfect holes into diamonds.

“When I thought of it years ago I didn’t have the time, and now I do,” she explained. “And my daughters are old enough that they were giving me a little bit of space. In fact they were being really supportive. I bought a sketchbook for my designs that came in a pack of three, and they go ‘There’s three! Can we have one?’ So we all sat there and started sketching jewelry.”

Charlie Dolly jewelry is for casual, everyday wear, and many pieces are priced under $1,000 — so, an investment for sure, but not an unreachable red-carpet-celebrities-only price point. Though the diamonds look fragile, floating as they are, they’re durable enough to wear in the shower. 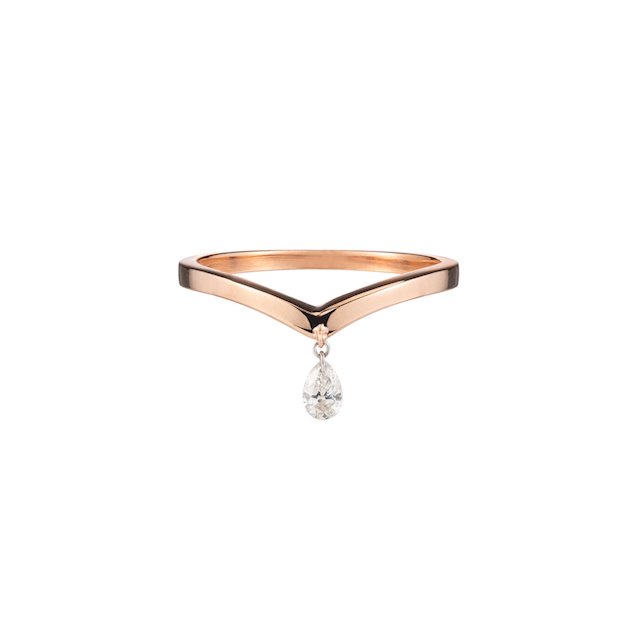 To show the delicate earrings, rings and necklaces to a handful of reporters on Tuesday night, Romijn decided to invite us into her newly renovated home. She felt it helped give a full picture of her aesthetic. And oh, does it.

Romijn grew up influenced by her Bohemian home in Berkeley, California, with her dad, a furniture maker, the old-world style of her father’s Dutch family and her time in Paris fashion circles. When they bought their 1899 house in Chelsea, where O’Connell grew up, she took on the decoration herself.

Who knew @rebeccaromijn could easily have a career as an interior designer? Her new jewelry line @charliedollyjewelry is gorgeous too. Btw, can someone cast her in a live-action She-ra comedy? Link in bio now!

“I’m very project-oriented,” she told me, pointing out the porcelain figurines with bird heads that she made herself. Her publicist added that all the art and furnishings in the place are from Housing Works (a nonprofit thrift store in New York) and eBay. It’s filled with oil paintings and ornate chandeliers that could make a place look like a fussy old grandmother’s basement. Somehow instead it looks classy and stylish, and then you take a step closer and burst into laughter too.

In one lavender-painted bedroom, I couldn’t stop staring at the curtains, which appear to have been fashioned out of She-Ra bed sheets. The titular heroine looked a lot like the evening’s hostess. Can someone please make a live-action She-Ra series about the princess’s years as a mom of twins, balancing her sword-wielding duties with motherhood and her passion for jewelry making and design?

29 mins ago
by Taylor Plumstead

I Struggled with Whether to Homeschool — Until Uvalde Happened

39 mins ago
by Jillian Pretzel

42 mins ago
by Summer Cartwright

Serena Williams’ Daughter Olympia is Her Absolute Mini-Me in This Beautiful, New Photo