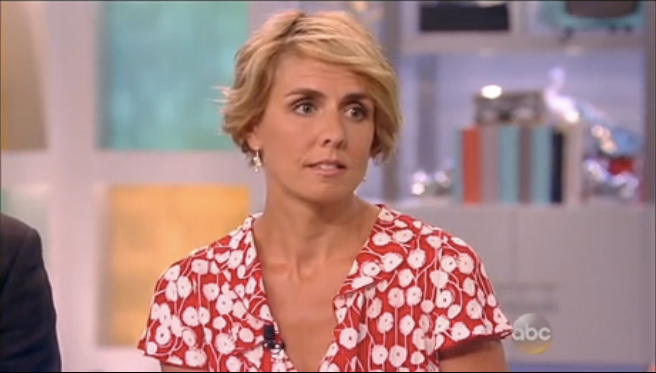 I’d often heard that the depth of a mother’s love for her child is immeasurable, but I didn’t find out for myself until my daughter and I were thrown into the bottomless ocean that is Dravet Syndrome. DS is basically just a really bad type of epilepsy — and parenting a kid with DS means seizures (lots of seizures, very long seizures, and every kind of seizure). But it is oh so much more than just that.

Dravet Syndrome starts in infancy, comes with a long list of tragic maladies, and is considered untreatable and progressive; according to the NIH, an estimated 10-20% of Dravet Syndrome patients will not survive into adulthood. Each week, another child dies suddenly and quietly in their sleep.

My daughter Charlotte had her first seizure when she was three months old, and it was then that I was exposed to the depth of my love. After five years of Charlotte seizing uncontrollably, of trying and failing drugs, a few near-death experiences, and witnessing her tragic loss of abilities, I finally brought my daughter home to die. But what I thought would be the end of her life actually became an astounding beginning: Cannabidiol, known now as CBD or hemp extract — call it what you will — saved Charlotte’s life.

My pregnancy with Charlotte was a surprise in and of itself, as was finding two babies on the ultrasound. Charlotte and her twin sister, Chase, were born plump and healthy on their due date. With their brother and father, we began our busy new life as a family of five. But three months later, Charlotte had her first seizure; it was 30 minutes long. At the ER, all tests were negative and we went home shaken, with no answers and a newly inconsolable baby girl. Week after week, the seizures came: 30 minutes, 60 minutes, four hours long. Each time, she was raced to the hospital and given The Million Dollar Work-up. Medics soon lost access to her veins. Her forehead was a common site. I learned how to screw an IV needle into her shin bone in a bumpy ambulance. I learned how to ask total strangers for help. I learned how to carry two small children in a backpack, all while cradling and breastfeeding a screaming Charlotte, hooked up to all manner of wires and tubes, in a pediatric ICU. I learned about epilepsy.

I refused daily seizure drugs because she still had no diagnosis. The doctors reported me to Child Protective Services, who threatened to remove Charlotte from the home if she didn’t begin drugs. We began many seizure medications, none of which had ever been tested on a baby. All failed, and the massive seizures kept coming. Often, a drug would coax out a new seizure type. On day one of drug #7, my daughter starting ripping off her fingernails; I bought mittens to cover her bloodied fingertips. Another drug made her lose the ability to swallow, so she underwent surgery to place a port in her stomach.

On another medication — at the very first, teensy dose — Charlotte completely stopped talking. She only screamed. I got her a special talking machine and a speech therapist to train us on how to use it. Charlotte began to stop breathing during her seizures, so the oxygen machines came home with us. Her heart stopped a few times, and I administered CPR while waiting for help to arrive. I had our five hospital bags packed and ready by the front door at all times.

Finally, I sent Charlotte’s tissue to a lab for genetic testing and received a diagnosis. It was the worst-case scenario; Dravet Syndrome. She would not “grow out of” this; she would die from this. She began one final medication, her last, and it failed. Abandoned by science and devoid of hope, I brought her home and placed her in a hospice program; to allow her to die at home, in peace, in my arms. I settled in with her and researched medications to ease end-of-life suffering. I found medical marijuana.

We lived in Colorado, where medical marijuana was legal, but she was just a tiny 5-year-old child; no one this young had ever been granted legal allowance. So I learned about cannabis. I hired translators to phone scientists in other countries where research was legal, and included her team of medical professionals on calls with state marijuana regulators. I convinced Colorado to give her a Pediatric Red Card which allowed me to legally give her marijuana. I bought and tested weed. I wrote a clinical trial and a dosing schedule. I quickly found out to the exact milligram that THC, the familiar component in cannabis that gets a person “high,” actually triggered an increase in her seizures, just as all her other drugs had. It seemed like another failure. Until…

I dug deep into another cannabis compound, Cannabidiol, what we now call CBD. It didn’t cause the euphoria (or seizures) like THC did; instead, it had actually showed potential in mice as an anti-convulsant. But at the time, it was almost nowhere to be found. In all the weed I bought and tested, only one sample had Cannabidiol and the grower had none left.

Charlotte’s seizures were every half hour around the clock: 50 grand mal seizures per day. Any precious few conscious moments she experienced were spent crying. I stopped visiting dispensaries, stopped buying bags of the stinky plant. I ended my search. What I needed simply did not exist. We hunkered down at home together wondering how much more her little body could take. I wanted her suffering to be over. I gave her my blessing to leave this earth if she so wished. Her twin sister and older brother said goodnight as if each was her last and they woke each morning to see if she was still alive in my arms. I’d nod my head yes and we’d begin each new day.

One evening, as I was holding a seizing Charlotte and cooking dinner for the kids, my doorbell rang. One of my thousands of cannabis phone calls had landed another pot farmer at my home. His name was Joel Stanley. The seven Stanley Brothers ran a Colorado medical marijuana business, mainly helping cancer patients. Joel, curious what else the plant could offer beyond THC, was breeding plants high in Cannabidiol and low in THC. He held Charlotte, witnessed his first epileptic seizure, and chatted about cancer and THC. I told him what I knew of CBD and epilepsy and then he told me about his plants. My mind raced. Could this person be for real and would he agree to help Charlotte?

We made a plan, and he was on board for all my insane requirements. It had to be grown organically. If it worked, I would need enough, forever. I needed the highest quality lab tests from a third party. I needed it tissue-cultured for assured plant profile consistency. I needed this in a measurable organic oil base; she can’t swallow, and certainly isn’t going to smoke this. I needed it to have a margin of error of <5%, like a brand name pharmaceutical. On and on, everything expensive and difficult, and he agreed wholeheartedly to it all, adding some of his own.

Joel and his brothers went to work and came back when the plants were harvested and tested. Charlotte began her trial. I measured the first dose into a syringe and pushed the smelly oil into her tube port, into her unconscious body.

I noted the time, planning to chart the details meticulously. There was no seizure to chart that first half hour. Another hour ticked by with no seizure. 24 hours later, and Charlotte still didn’t seize. A second day crawled past, no seizures. Seven days. An entire week with zero seizures. Her bright blue eyes opened and we heard her little voice say, “Mommy.” Charlotte has been taking the oil daily for eight years, and no other medications. Her seizures are controlled, her life non-medical. She is a walking, talking, eating, breathing testament to the efficacy of CBD.

In the years since Charlotte’s new lease on life, a lot has happened. The Stanley Brothers asked if they could rename the plant in her honor: Charlotte’s Web. CNN shared her success story via a documentary with Dr. Sanjay Gupta titled WEED. Many people flocked to Colorado to legally try the plant for their loved ones. An entire community rallied around the CBD movement, and we began a non-profit to assist, The Realm of Caring, headed by Heather Jackson, a mom whose son also experienced success with CBD. State laws were rapidly changed by warrior parents and patients to allow for legal CBD and medical marijuana use.

I also created the Coalition for Access Now, a political non-profit, to support the state and international reform effort. After a dozen states quickly passed laws surrounding CBD, the federal government wrote the first bill to remove it from the Controlled Substances Act where cannabis is listed as a Schedule I drug. Until cannabis, hemp, and CBD laws are fixed, there will be people who are unable to access what Charlotte is allowed.

The journey is not over, and it isn’t just about Charlotte anymore. Hers is simply one face representative of an entire community that deserves the chance of a basic human right — to try a treatment that may ease suffering. Now, Charlotte’s life is measured not in her number of medications or hospital trips (both zero) but in smiles and laughs, silly pleasures, beaches, hikes, and more. The whole family has healed through Charlotte — and through changing the landscape so others like her have a chance to heal, too.