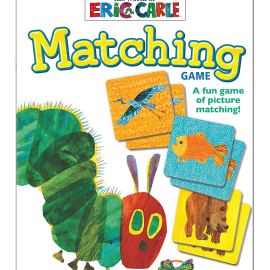 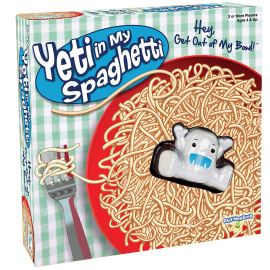 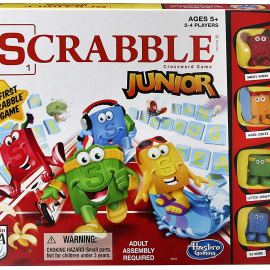 Contrary to popular belief, there are benefits for kids who play video games. We know, it’s kind of a shock, considering people have been saying video games have been rotting brains for decades. But what are the benefits? Improved coordination and problem-solving skills, to name a couple. Plus, games can even help with ADHD.

Related story These 10 Toys Will Keep Kids Busiest the Longest

Of course, studies have also found negative effects linked to excessive levels of video-gaming, such as one that found high levels of gaming linked to poor social adjustment. In other words, it’s probably a fool’s errand to figure out, once and for all, if video games are Good or Bad. Rather, they’re just a part of life today, like TV, smartphones, and other forms of technology. While there’s reason to not give your kids unfettered access to screens, gaming can be part of a kid’s “balanced diet” of free time and play.

But, of course, parents want to make sure that the video games their kids are consuming have positive benefits — and aren’t so noisy and frenetic that no one else in the family wants to get near it. To get some guidance for parents shopping for games, SheKnows spoke with Ian Morris, editor at Everybody Plays, a UK-based gaming site. Everybody Plays aims to be a site for everyone (hence the name), from kids all the way to grandparents. And, as it turns out, there’s a reason many people might want to seek out a third party reviewing site like Everybody Plays before making a purchase. In both the US and the UK, games come with age ratings (called ESRB ratings in the states), but they can only tell you so much.

“One of the most important things parents have to remember when choosing games is that the age rating on the box (or digital store) is a measure of the content only – not how tricky it is to play,” Morris tells SheKnows. At Everybody Plays, they rate games based on complexity, with their own system, which takes ability levels into consideration. Another way video game ratings are lacking is with how it deals with online play. The ESRB has tried to find ways to let parents know if gameplay involves online interactions, but their current tag is only “Users Interact.”

“But with the tag apparently covering everything from voice chat through to user-generated levels and ‘media sharing via social media and networks’ (your guess is as good as mine), it’s so vague it can’t really be of any practical use,” explains Morris, saying the U.K. and Europe have an equally vague rating system. If a game has a Users Interact rating, it is worth doing research on what the levels of interaction are between users before deciding if it’s ok for your kids.

Beyond that, parents should also consider what kind of platform the video games are played on.

“While there’s a pretty wide variety of games available on almost every platform, if you’re going for a console like the PS4 or Xbox One, there’s not going to be quite the same breadth of titles when it comes to fun, family-friendly, easy to pick up and play games for the younger end of the spectrum,” Morris says. Additionally, he cautions against parents simply leaving kids to play games on phones. It seems more affordable, but they rely on in-app purchases to be profitable. Sometimes, games are even designed to be harder, if not impossible to win, without purchases.

Instead, Morris recommends going with Nintendo Switch, which has a wide range of family-friendly options because of Nintendo’s wide range of offerings generally. Nintendo Switch also offers a more nuanced parental control feature. The PS4, for example, has rather limiting parental controls, despite being the best-selling console on the market currently. Morris points out that parents have to set “blanket” limits on gaming, meaning you can’t make one exception for a game rated T for Teen even if you deem it appropriate.

Nintendo Switch, on the other hand, offers you some flexibility with granting exceptions for certain games and even allows you to limit playtime for kids. Even better, it’s user-friendly, so even non-gaming parents can play. But many kid-friendly Switch games are fun for the whole family. Here are a few that won’t bore adults.

Escape from reality with your kids with Minecraft. You can play in creative mode or survival mode. The Nintendo Switch version also has special skins, so you can have themed structures.

This notoriously beautiful game lets the whole family adventure across mountains, rivers, and woodlands. Hey, if you can’t get outside IRL, this is definitely the next best thing.

The Legend of Zelda: Breath of the Wild - Nintendo Switch $44.99 on Amazon.com
Buy now

Play As the Parr Family

“One of our go-to favorites for playing with younger children are the LEGO games,” says Morris. They’re based on Disney franchises, like Jurassic Park, the Lego Movie and the Incredibles, just in brick form. They also tend to be pretty easy to learn and are cooperative, making it great for families.

Mario, his brother Luigi, and their crew of fantastical friends have serious staying power for a reason. Players gather stars by winning skill-based games on the board in the revamped version of the classic video game. It comes with 80 minigames for hours of play.

Just Dance, which is also available on PS4, Wii, and Xbox, plays some of today’s biggest hits (for kids and adults) and gets you to dance along. For Switch, either a phone or controller can be held in your right hand to track how well your movements match the dancer on screen. The all-new songs for kids in the 2020 edition include (of course) “Baby Shark,” as well as a track from Frozen 2.

A group of cute chefs is saving the Onion Kingdom from the Unbread, a terrifying hybrid of zombies and gluten. To triumph, they have to prepare, cook, and serve food. It sounds immensely silly, and it is, but it’s also pretty fun, too. Rated E for Everyone, younger kids may find it a bit challenging, especially because speed and chaos reign supreme. But, like many of our family-friendly picks, it has the option of cooperative gameplay.

Another cooperative game, Snipperclips is a series of puzzles that require the main characters, Snip and Clip, to be cut into different shapes to fulfill missions. The characters create shapes, carry items, and even team up with a bird. Levels may have multiple solutions, and players are free to use their imagination and experiment — shapes can “regenerate” at any time.

Snipperclips Plus: Cut it Out Together $43.88
Buy now

Another wildly popular Mario game for Switch, this updated version of Mario Kart will bring out the inner kid in everyone. One to four players can race around new courses as well as classics like Wario’s goldmine and Rainbow Road.

Rather than guns, this shooter game uses colorful paintball-like weapons to cover opponents and the city in ink. The Inklings, the characters in the game, also have the ability to transform into squid to move undetected and replenish their ink supply. But even though you’re playing as a kid/cephalopod hybrid, plenty of adults love the world of Splatoon, too.

A version of this story was originally published in January 2020.

Get gaming and moving with these apps and exercise videos for the whole family.