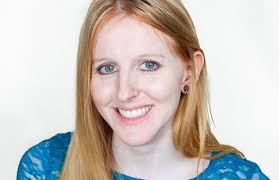 Sometimes, I envy the surface-level simplicity of parenting in earlier times. For example, my Nana only went to the doctor once per trimester for all five of her pregnancies in the ’40s and ’50s. Unlike me, she wasn’t required to undergo dozens of detailed scans and checkups over the course of each pregnancy — and she certainly didn’t have the option to go online for answers anytime something felt strange in between visits. I know I’m glorifying a past I never experienced firsthand. Childbirth was much riskier historically than it is now, and even confirming your pregnancy was no easy feat just a few decades ago. Still, I often wonder what it would feel like not to overthink the parenting process that sets in well before conception.

Parenting in 2019 often feels very confusing in this way. Every decision can be met with second-guessing, anxiety, ambivalence, and a large online community of people who will either affirm or reject whatever it is that you’re doing. Sometimes, you don’t even know that what you’re doing is “wrong.” Nevertheless, once you do learn your mistake, you may be told that there is no way to repair the damage you’ve done, and guess what: You still have 18 years left of raising that kid you’ve already ruined with your poor decision-making. Good luck with that.

A new book written by two academics looks at the many complexities of present-day parenting and exposes some of the different (and similar) approaches society took towards moms in earlier times. In You’re Doing It Wrong!: Mothering, Media, and Medical Expertise , authors Margaret M. Quinlan and Bethany Johnson detail all of the ways we are flooded with mixed messages about parenting today — and offer advice on how to navigate this messy terrain to find the voices that will really help.

Quinlan, a mother of two, tells SheKnows that she relates to my own feelings of constant maternal bewilderment. After all, you can’t blame us moms for constantly stressing about the ways in which we may be failing our kids; the so-called village has all but disappeared for most people, so every day, I’m at home alone with my son, guessing and second-guessing. And in place of the village has come the internet, which can be an incredibly helpful resource but also creates more confusion and chaos by spreading false information. For example, the growth of anti-vaccine sentiment in recent years has been linked to measles outbreaks, an illness previously thought to have been wiped out in our country.

Mothering then and now

Moms nowadays are often left to their own devices after birth, as if it’s not bad enough that the U.S. has the highest maternal death rate of any developed country. Maternal mortality is even higher for women of color. Black mothers are three to four times more likely to die than white mothers, according to the Centers for Disease Control and Prevention. A 2018 study from the University of Illinois at Chicago found that heart disease is a leading cause of maternal death in the U.S., and another study published earlier this year found that suicide and drug overdoses are leading causes of death in new mothers.

In researching for her book, Quinlan found that many new mothers were better cared for a hundred years ago than they are now. Doctors made house visits to see new babies rather than ask moms to haul their newborns into crowded, germ-infested offices.

“We were able to figure out how to better support immigrant women in Boston in the 1900s better than we’re able to do it today in a lot of ways,” Quinlan, an associate professor of communication studies at the University of North Carolina-Charlotte, tells SheKnows. “People came to your house and it was free, whereas [nowadays] most of us are alone and fathers are back at work.”

For many women, it’s the pediatrician who notices that mom is not okay. At the same time, the pediatrician only treats kids, and it’s not easy for moms to manage their own health issues when they must care for a child 24/7.

“When you go to the pediatrician and ask about [yourself], they say, ‘you’re not my patient,’ and you then have to go to a lactation consultant and call all these people [all] while your baby is screaming,” Quinlan continued.

The internet also allows us — forces us — to constantly compare ourselves to other moms and question our own parenting abilities along the way. It can be easy to look at a popular influencer’s Instagram page and think she has motherhood (and life) all figured out, especially if she has tens of thousands of followers, major sponsors paying her, and gorgeous backdrops for all the photos of her and her beautiful children. Quinlan says that while she admires people who have been able to do this, she recognizes that this does not represent her world or the reality for most moms.

“My life is never going to look like that,” she said. “I’ve never had a picture of me and my family going through a field. We just don‘t have the money for a photographer and it’s not my reality.”

All this comparing can lead to feelings that we’re “doing it wrong” — and while this might seem like a relatively new phenomenon on social media, it’s deeply rooted in the parenting experience. Quinlan explained to SheKnows that the past looks a lot more like the present than we all may realize. Believe it or not, in the early 1900s, many people in the U.S. competed in “Better Baby” contests in the spirit of eugenics; thankfully, competition among babies plays out in a much different way today. Instead, we see other people’s babies walking or talking early on social media and ask ourselves, Gee, my baby is that age. Why isn’t he doing any of these things yet?

Finding your people on social media and beyond

Quinlan, who shared that her son is having some issues with food that have warranted visits to various experts, said it’s important not to frame everything as a choice or fault moms for not doing research on whatever issues they may be facing.

“Let’s not assume that everyone is able to read peer-reviewed journal articles,” she tells SheKnows. It’s “not that they don‘t want to, but even I don‘t have time to read some of the stuff I’m going through with my son. I am just surviving,” she said.

This is where Professor Emily Oster comes in. Oster, a popular academic figure among moms online, has made a name for herself analyzing research on child-rearing and pregnancy to help mothers make informed decisions about parenting. Quinlan agrees that Oster provides a wealth of information for mothers who may not know how to sift through the many conflicting studies and pieces of research they stumble upon in search of answers on parenting: Will breastfeeding really make my child smarter? How dangerous is co-sleeping? Will allowing my child to cry it out scar them for life?

Oster isn’t the only person online who can help new moms figure out what works best for their families. Quinlan noted the existence of internet fertility support groups (a significantly more affordable option than actual fertility treatment). Women in these groups can check in with each other during the two-week wait, the time period from ovulation to when someone would get an accurate pregnancy test result.

“In the fertility research we’ve done, we’ve found some really amazing community in Instagram, people following up on each other during the two-week wait, people willing to fill in the social support gap of people who aren’t sharing with their families,” she said.

Internet-based mom groups are also good options for someone who might not be able to pay dues for groups that meet in person, get their newborn out of the house, or ditch work for meetups.

“A lot of people are posting at 3 a.m. to Facebook because they’re scared, they’re alone, they’re trying to decide, ‘OK, this is a $300 copay. If I go to the ER in the middle of the night, it could end up being thousands. Should I wait until 9 a.m. when the doctor’s office opens and pay a lower amount?’” Quinlan said. “Instead of shaming them [for not going to the ER right away], say ‘what can I do to help you? What can I do to support you? I don‘t know what’s happening in that rash picture [you shared on Facebook], but can I Venmo you $5 for a coffee because tomorrow is going to be a long day?’ What can we be doing to support each other in these crises and not shaming each other?”

With social media and the internet, it’s easier now more than ever to find what you’re looking for online, whether it’s a thyroid support group or a niche community that celebrates your favorite parenting style. It can be overwhelming digging through everything in between, but discovering a community that best suits your needs might make parenting feel a lot less daunting — and remind you that so many people are in the same boat. Quinlan told SheKnows that she learned more from some of these online groups than she’d ever found in the pages of more traditional sources.

“Some of these things are harder to find in medical textbooks or some of the pregnancy books,” she said. “I think there’s a lot of space [online] for a lot of people who have a lot of different experiences, and we need to talk about what those look like.”