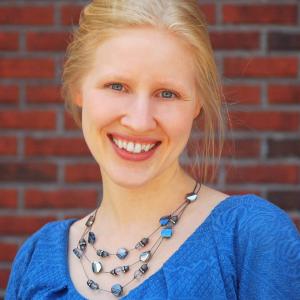 It’s no secret that Sin City has shed its reputation as an adults-only playground. The city is as varied as its inhabitants (and its many, many tourists) and welcomes parents with kids — from tots to teens — in tow. Your visit to Las Vegas can be perfectly PG without skimping on panache.

Many of the big casino hotels go out of their way for family-friendly entertainment. If you play it right, you can spend hours entranced at the spectacle of it all without dropping a dime. Whether you confine your visit to the Strip or dip into downtown for more of a local vibe, cram all you can into your Vegas family adventure. It’s what this city was made for.

What to see on the Strip

The center of the hype, you can spend a week on the Strip and still barely scratch its glitzy surface. Even though it’s less than 5 miles long, you simply can’t do it all in a day.

Start at the northern end. The thrill-seekers in your crew will scream their heads off (happily) on the rides at the Stratosphere Casino, Hotel & Tower, where the draw is high speeds at high altitude. To enjoy the view at a slower pace, visit the 360-degree observation tower.

Head next to the Wynn Las Vegas to gawk at their extravagant floral display, including a hot air balloon and spinning carousel covered in flowers. These make great photo ops, as do the pirate ship at Treasure Island and gondoliers at the Venetian a little further south. If your kids are diehard superhero fans, don’t pass Treasure Island without visiting the interactive Marvel Avengers S.T.A.T.I.O.N. If they’re more into animals, get a day pass to Siegfried & Roy’s Secret Garden and Dolphin Habitat at the Mirage. To save cash, you can opt for the Flamingo’s Wildlife Habitat instead. It’s smaller but still gives you a break from the crowded sidewalks of the Strip.

Back to sightseeing, the Bellagio conservatory boasts seasonal displays of epic proportions. Haven’t taken that trip to Europe yet? Swing by the replica Trevi Fountain outside Caesars Palace and the slightly smaller Eiffel Tower look-alike down the street for a postcard-perfect family pic.

Toward the southern end of the Strip, you can take in a hearty dose of Americana. There’s the mini version of the Statue of Liberty, an arcade, the Coca-Cola Store and — every child’s dream — not one but two worlds devoted to candy. Hershey’s Chocolate World offers free samples but M&M’s World edges ahead with a free 3D movie.

So where do you eat in a city known for legendary smorgasbords? Hit up The Wicked Spoon inside The Cosmopolitan, a Vegas buffet that goes one better than gluttony. Dishes come in miniaturized portions so you can grab a half dozen on your first trip and not overdo it. They’re incredibly cute (hello, mini Chinese takeout containers) and a great way to introduce kids to novelties like squid ink pasta — so delicious. Plus, children under 5 eat free. Other kid-friendly options on the Strip include the award-winning burgers at Shake Shack and Rainforest Cafe, with its kids menu, activity book and animatronic wildlife. To venture a little off the tourist track, head 4 miles west of the Welcome to Las Vegas sign to Mr. Mamas Breakfast and Lunch. This cheerful diner serve up generous helpings at un-Vegas-like prices that’s made them a favorite with locals.

Where to stay With a festive Mardi Gras theme, The Orleans Hotel & Casino has all the trimmings of a splashy Vegas hotel: pool surrounded by tropical flora, deluxe fitness center, more than a dozen restaurants from burgers to a buffet, even a shuttle to the Strip. Where they stand out with kids, though, is the in-house attractions. We’re talking a movie theater, arcade and bowling alley. They also have child care in a brightly colored playroom, complete with indoor jungle gym, if you want a night out on the town or a little me-time at the spa.

There are two kinds of shows in Las Vegas (no, it’s not what you’re thinking): free and paid. As you’d expect, the free shows can’t live up to the glamor of those that require a ticket, but they still dazzle.

The Bellagio fountain show is a classic. It happens at least every half hour, so you can easily catch part of it as you walk by. Another favorite is the Fall of Atlantis inside Caesars Palace. You have to cross the entire mall to get to it (probably strategic, that) and it’s hard to hear what the statues are saying, but the pyrotechnics and — spoiler — fire-breathing dragon have plenty of wow factor. Younger kids may have more fun spying the fish in the 50,000-gallon aquarium.

Possibly the best free Vegas entertainment is at Circus Circus, with a range of acrobatic starting at 11:30 a.m. daily. As you’re waiting for a show, play some games. While no one under 21 can loiter on a casino floor, and security takes this seriously, the Carnival Midway upstairs is made for kids, and the odds are ridiculously good they’ll win a prize.

If you want a “real” Vegas performance, it won’t come cheap. The good news is there are plenty of options for families. The Tournament of Kings dinner show at Excalibur welcomes all ages; children under 4 get in free if they share your seat (and meal). Knights battle, horses prance, and kids get an excuse to eat with their hands. If you choose just one show, the ultra affordable and family-run Nathan Burton Comedy Magic at the Planet Hollywood Hotel & Casino wins hands-down. This afternoon show is filled with illusions and laughs, and kids might even be chosen to participate on stage. Pro tip: Park for free at the Miracle Mile Shops.

What to see downtown

Enjoying a sort of tourism renaissance, downtown Vegas is still a party but has lots more for families. The Downtown Container Park shopping center, for example, flaunts a mega-playground, tricked out with a three-story treehouse, lighted tube slide, scavenger hunt and oversized building blocks. At dusk, don’t miss the free Fremont Street Experience show, a nightly music and light montage projected overhead on the world’s largest video screen. Turn in before it gets late, though, and the crowd grows a bit rowdy.

For indoor fun downtown, the DISCOVERY Children’s Museum has educational and interactive exhibits for infants all the way up to tweens. Continue your museum-hopping with the Natural History Museum, where kids can dig for fossils and see a dinosaur mummy, and the Mob Museum, delving into an unsavory yet fascinating side of American history (better suited for older kids). The Neon Museum, meanwhile, pays homage to a true Vegas art form. Toddlers might have trouble keeping their hands off, but for tweens and teens, it’s an Instagram paradise.

If you still have time in your trip, three miles west of downtown, Springs Preserve is the 180-acre Las Vegas attraction you never knew about. It’s packed with museums, gardens, animals, art, a train and a recreation of early 20th-century Las Vegas.