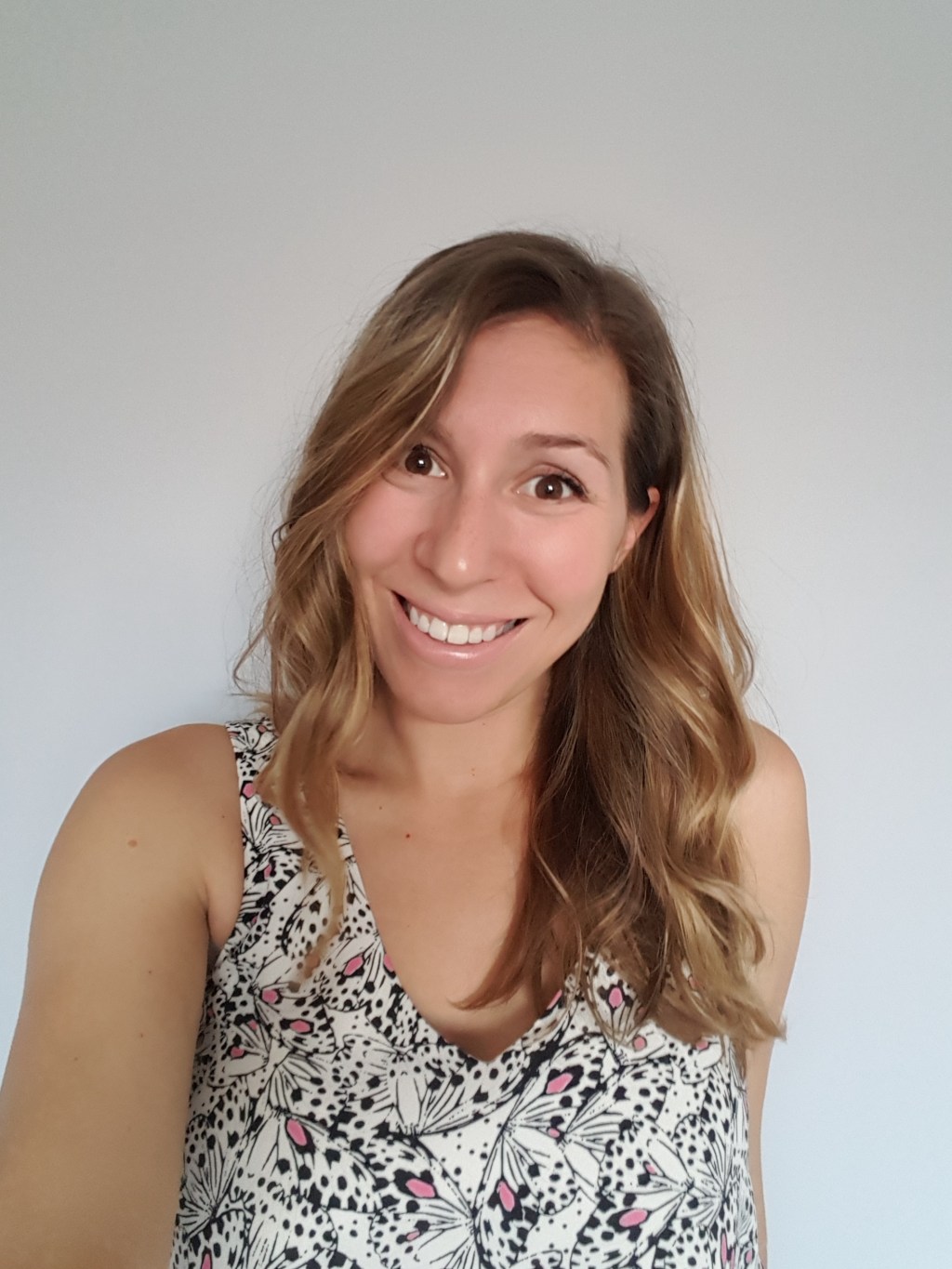 I did not do pregnancy well. The whole happy-glowing-pregnant-goddess thing? That wasn’t me. I think I missed some sort of pregnant-millennial training session where you learn how to pose flawlessly for maternity photos with lace over your belly. Then there was probably a follow-up session on Instagram filters so you can make that photo of your husband kissing your belly the pièce de résistance. The only maternity photos I have were taken in my backyard while I was on bedrest, and I’m pretty certain they made it to the front page of r/awkward on Reddit. Oh, and when it comes to adorable maternity wear…I lived in my husband’s sweat pants and rocked a little something I like to call “boob sweat.”

Pregnancy was not my thing, folks. It was rough. With baby number one, I gained 65 pounds, most of it on my ass. Ice cream was not my friend. Neither was stress. And then there was my irritable uterus, which paired nicely with my irritable bowel and irritable personality. All and all, it was an irritably good time.

In summary: Pregnancy isn’t all sunshine and rainbows for a lot of people. There are some seriously weird and seriously conflicting emotions to follow that positive pregnancy test. But for me, pregnancy went from irritating to full-on traumatic — to totally isolating. At least, I feel isolated whenever I compare myself and my pregnancy experience to that of other moms who enjoyed the journey.

Of course, am lucky. I was lucky to get pregnant to begin with, and luckier to carry to term. After an intense and awful pregnancy journey, my son was born healthy; countless moms can’t say the same. Also, I wasn’t going into this clueless: When I got pregnant, I was already fully aware that growing and birthing a human would likely be much more complicated than it seems on Instagram. And motherhood? I knew it would be chaos. I knew being a mom wouldn’t be glamorous. Of course, it’s hard to realize this when you’re looking at social media: all those adorable pregnancy announcements, gorgeous maternity photos, and staged family photo shoots that are nothing short of #squadgoals. Yet, behind the unicorn-emblazoned onesies and the lace-covered bellies, there’s a mom (or 1,200 moms) hiding their feelings — or maybe even dreaming of running away to Mexico.

I’ll be honest: My own social media page gave no indication that my pregnancy was a living hell…at least for the first bit. There were adorable weekly “bump shots” and cute pictures of our nursery — and don’t even get me started on the teeny-tiny pants hanging in the closet. But the truth behind the photos? Our world was falling apart.

I was 12 weeks into my first pregnancy when a routine ultrasound completely changed the tone of my experience. It wasn’t my first ultrasound, but this time around, my husband and I were especially excited: our little sea-monkey would finally resemble an actual baby. I watched my husband’s face light up as he looked at the little life on the black-and-white screen. I clenched his hand with excitement.

But little did we know that only days later, I’d be clenching his hand with tears running down my face. In the days following this ultrasound we found ourselves anxiously seated in our doctor’s office awaiting results we never anticipated to hear — that our baby had an abnormality.

In medical terms, our baby had something referred to as a “thickened nuchal translucency.” In English, our baby had a marker for Down Syndrome. I was hardly able to catch my breath before our doctor began to recite a list of the newly-discovered risks in my pregnancy.

This was just the beginning. From there, another marker was found: fluid between the third and fourth ventricle of my son’s brain, raising concern that he may also have a chromosomal micro-deletion.

During this time, to the world, I was pregnant and expecting my first baby. I was a first-time mom with a belly just itching to be rubbed. I should have been on cloud nine. Yet every time someone asked me if I was excited to be a mom — or even worse, when someone asked me how the pregnancy was going or what the ultrasounds had shown — I died inside.

The truth is, this was a time in my life when I couldn’t muster up the courage to celebrate others’ healthy and happy experiences. I wouldn’t say our experience caused jealousy — because truly, I was so happy other people had healthy babies and beautiful pregnancies and postpartum experiences — but for me, their successes were only a reminder of what I had to lose.

My greatest victory, or stroke of luck or whatever you want to call it, was that my son was born miraculously healthy despite it all. And yet, the trend of isolation within motherhood seemed to continue for me. I could not connect with moms at new-mom groups who had babies who slept or pregnancies without complications — or even babies who latched. My intro to motherhood was hard and messy. I had postpartum post-traumatic stress disorder and postpartum depression.

So, unsurprisingly, the attitudes of happy go-lucky new mamas were hard for me to tolerate; I just couldn’t relate to their positive experiences. They didn’t hold resentment. They weren’t afraid. They would nurse their babies with ease while I was sweating bullets trying to get mine to latch between pumping sessions. Sure, we were all in the “new mom mess” together, so they would understand, right?

But they didn’t. And I felt incredibly alone.

With motherhood as with any life journey, it’s easy to build friendships with people on the same path — those with whom you have something in common. For me, in this period of my life, that was moms who could understand my hurt and broken heart. It was moms who went through similar genetic tests and scares. It was the moms who could understand the fear that was still embedded in my soul. They got it, on the same level I did. They got that sometimes, pregnancy and motherhood aren’t perfect — and sometimes, that causes trauma that’s hard for so many, even other parents, to understand.

My closest friends today — the ones I can call in the middle of the night, no questions asked — are the moms who have walked in those hard shoes. The ones who have cried right alongside me as I’ve navigated some of the scariest experiences of my life.

It doesn’t mean I can’t have friendships with those who have had it easier. I have those friends, too — but there’s an unbreakable bond that comes with other moms who just understand.

8 hrs ago
by Sarah Cottrell