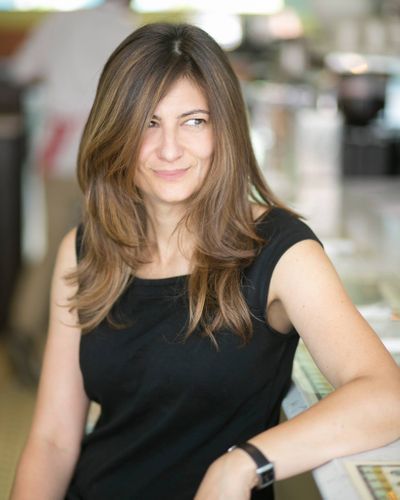 Every parent wants to avoid making the same mistakes as their own parents, and Bruce Springsteen is no different. In an interview with Gayle King for CBS This Morning, “The Boss” said he has tried to do better with his own three children.

Related story Nick Cannon's Big Family Could Get Even Bigger in the Future: ‘I Love It, and I Don't Have a Plan’

“There were a lot of mistakes I didn’t want to make,” he told King. “We always pass something along. So as a parent, you do your best to not lay too much of your own bullshit on them.”

King asked the question after noting that Springsteen has written before about his difficult relationship with his father. The rocker has said his dad, the late Douglas “Dutch” Springsteen, was very critical of him and struggled with mental health issues all his life. But the two reconciled before his father passed away in 1998.

Congratulations on your Special Tony Award, Bruce! — “This is deeply appreciated and thanks for making me feel so welcome on your block. Being a part of the Broadway community has been a great thrill and an honor for me. It's been one of the most exciting things that I've ever experienced. I’ve got to thank Patti Scialfa, my beautiful wife and artistic partner, for her love and inspiration every night. I’ve got to thank Jon Landau, George Travis, Barbara Carr, and Jordan Roth for great work of getting our show on stage. And last but not least, our wonderful audiences who’ve made these shows so exciting and fulfilling. Evan, Jesse, Sam, Daddy loves you. And the fans have been wonderful to me this season. Thank you so much. God bless all of you.” – Bruce Springsteen

“[It went] pretty well,” he tells King. “Better than in some ways I hoped for. Usually you don’t expect those things to have a lovely conclusion.”

She asks, “Did you worry about the type of father you would be?”

Springsteen grew up in working-class Freehold, N.J., with younger sisters Virginia and Pamela. In the interview, he says that he and his guitarist wife, Patti Scialfa, decided to raise their children — Evan, 29, Jessica, 27, and Samuel, 25 — close by.

“We had like an 80-member Irish Italian family. That was the way I grew up. So Patti and I wanted them to grow up the same way,” he said.

The interview came as Springsteen is promoting his concert film, Western Stars, which had its nationwide theatrical release Friday, Oct. 25. At 70, it’s his directorial debut.